Exploring a fossil-fuel free industrial revolution prompts us to consider the grave risks we’re taking by not making every concerted effort to rapidly fix our global environment. 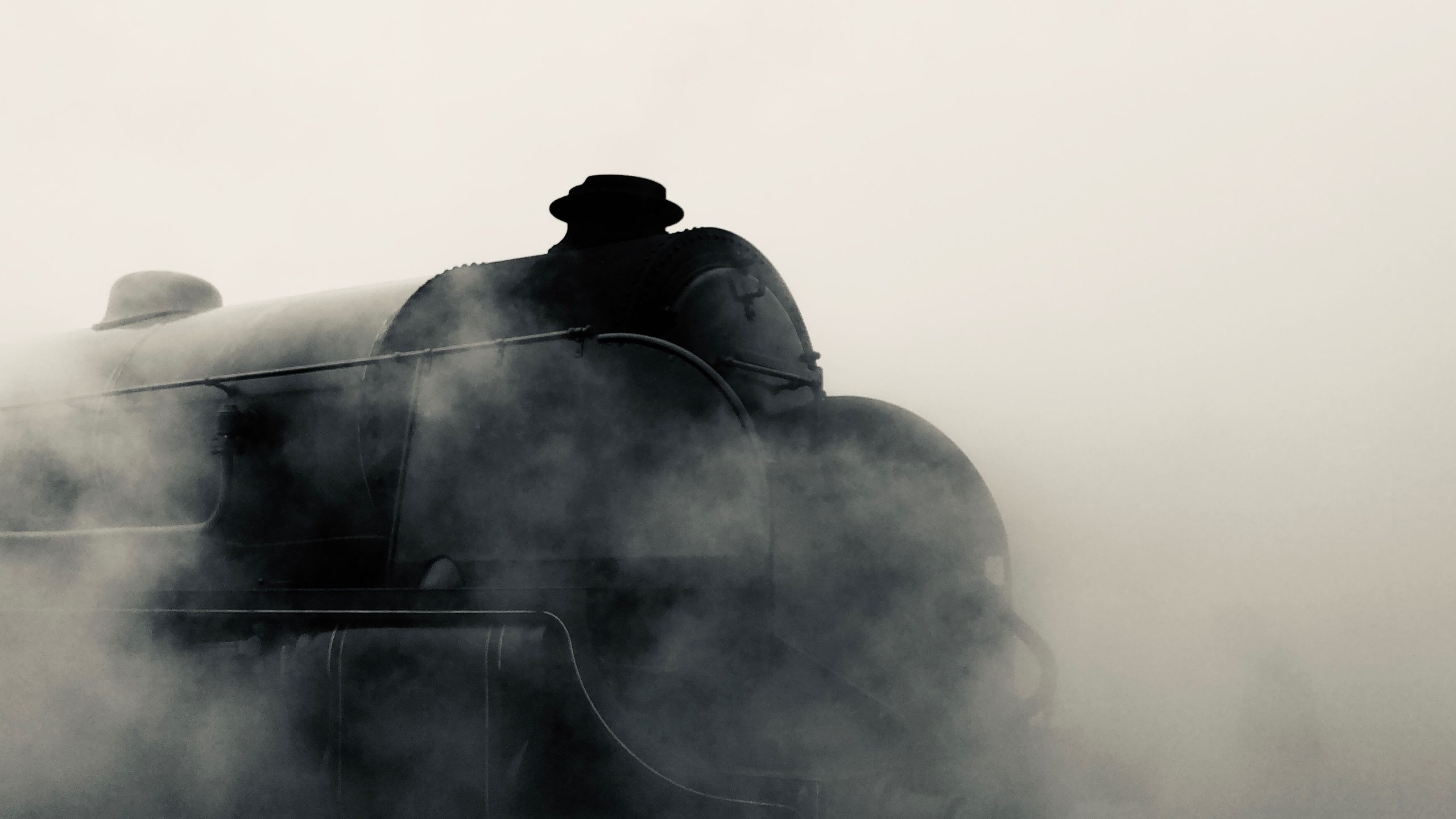 Until the middle of the 18th century the concentration of carbon dioxide (CO2) in the atmosphere had remained roughly constant at 250 ppm for half of a million years, providing suitable conditions for the proliferation of life on earth.

The human population numbered around 800 million when James Watt invented the coal powered steam engine in 1776, designed originally to remove water from tin and coal mines, triggering the industrial revolution in Great Britain and inspiring the fossil fuel era that changed our world. This impact was so significant that, coal, oil and natural gas remain, to this day, the dominant source of energy on which humans depend. Simple inventions were the hallmark of the dawn of the industrial revolution, often ones that led to a higher quality of life.

Other than the steam engine the contribution of science to the advancement of technology in the 18th century was fairly modest, however recognition of the impressive energy density of coal was so significant that coal, together with oil and natural gas remain, to this day, the dominant source of energy on which humans depend.

While simple inventions were the hallmark of the dawn of the industrial revolution, often ones that led to a higher quality of life, most of the science based industries emerged in the 19th century. These included electric power generation, machines and dyes derived from coal.

Without delving into considerations of the social, political, and economic consequences, intended or unintended, of 18th and 19th century industrialization, these inventions catalyzed a surge of pioneering discoveries and an outpouring of transformative innovation that enabled rapid technological development in the 19th century. The prolific publications of scientific and engineering breakthroughs spawned innovative ideas and technologies that resulted in modernization of societies in many countries around the world.

In this era, scientist and engineer became recognized professions. Inventive ideas transformed into technologies that sought, for example, to exploit the strength of steel and power of electricity to transform early modes of transportation, manufacturing, communications, and agriculture to modern versions—albeit enabled by the growing use of fossil fuels.

Readers inclined to explore such concepts further could do well to seek out the work of creative and visionary writers as fiction has a long history of presaging future technologies.

In particular, “steampunk” is a popular genre of modern fiction that describes worlds where technological development was arrested at the dawn of steam-driven industry. Given that a world without fossil fuels would share some significant features, inspired readers could do well to seek out such works for more information about life in such speculative, counterfactual worlds.

In recreating a fossil fuel-free industrial revolution it is crucial to note that while coal combustion energized James Watt’s steam engine (a technological precursor to the internal combustion engine and predecessor of today’s battery-powered electric motors and vehicles), other sources of energy were also known.

As recently as the late 1800s, electricity could be generated for a myriad of applications through the use of waterwheels and windmills, electric batteries and motors had been invented and early horseless carriages were being powered using lead-acid batteries. The fact that these technologies were contemporaries of the now-dominant internal combustion engine suggests that non-fossil energy technologies were equally poised to become globally widespread.

Against this backdrop, imagine again beginning the technological journey of discovery and invention in the 18th and 19th centuries, but this time devoid of fossil fuels and without the rampant burning-down of forests. Would humans have been just as ingenious in devising alternative pathways and energizing a different kind of industrial revolution, one that would allow societies to thrive without emitting climate-altering levels of CO2?

We’re inclined to believe that—yes, indeed—human ingenuity would have devised alternative pathways with promising energy systems that didn’t harm the environment as forcefully and consequentially as today’s coal, oil, and gas processing systems have.

Keeping in mind the rapid developments in science and engineering during these centuries, it is interesting to inquire whether other forms of energy could have been harnessed at a sufficient scale to enable industrialization. Could enough energy conceivably be produced to ensure food for a growing population and power for burgeoning global industry and transportation? Enough to provide heat, light, and cooling all while energizing an emerging digital society?

Perhaps most important of all, would it be possible to obtain enough key chemical feed-stocks to satisfy insatiable consumerism without the use of fossil fuels?

Again, we believe the answer to these basic questions is a resounding, Yes!

At the very least, this interesting hypothetical narrative is important to contemplate in the context of our rapidly ballooning human population, whose way of life (and very existence) is contingent upon access to vast quantities of fossil fuels to fulfill its energy, food, and consumer needs.

Sustainable logging practices, for example, could have provided sufficient energy and resources to spur further technological developments. Even so, the lower energy density (approximately 40% that of fossil fuels, by mass) and inherently solid nature of most biomass fuels would present stricter limitations on how and where these fuels could be utilized, thereby dictating future technological developments. While larger vehicles capable of carrying their own supply of solid fuel (e.g., trains) might still be viable, a similar approach for personal passenger vehicles might be too impractical to supersede the (once ubiquitous) horse and carriage.

This is not to say that the development of the internal combustion engine would necessarily be impossible. As has been shown in past decades, biomass can also be used to generate liquid fuels, such as biodiesel, for fueling modern vehicles; however, relative to the extraction of fossil fuels, the energy- and labor-intensive processes required would likely restrict this technology to only the wealthiest members of society.

It is also likely, however, that the large-scale use of biomass would eventually lead to the same issues we face today, with the emission of CO2 eventually outstripping its consumption by biomass sources (i.e., trees and other vegetation). Even if this was not the case, increasing energy demands could lead to competition for land usage between food and fuel production, creating alternative conflicts of interest for leaders to address.

Apart from burning various forms of biomass for their energy content, humans could also have creatively explored and exploited the energy potential of water, wind, sun, the earth, and the atom. Harnessing electricity from optical, thermal, electrochemical, photochemical, mechanical, and nuclear sources could certainly still have happened, thereby providing enough energy to run a clean-technology society without fossil fuels.

There is no reason to believe, for example, that the generation, storage, transmission, and distribution of electricity, or the Haber-Bosch ammonia process could not have been invented without harnessing fossil fuel-derived power. Such developments would most likely still have happened, albeit at a slower pace and resulting in a smaller world population living in more eco-friendly conditions than today, and with more stable levels of atmospheric CO2.

In such a world without fossil fuels, it is likewise probable that consumer products industries would still have flourished, though perhaps not at such a large scale. While it would still be possible to obtain chemical precursors from biological sources, this would not be so necessary once abundant clean energy became available. In this utopian, fossil-free world, the chemical feed-stocks required for a cornucopia of personal and household consumer goods, such as polymers, pharmaceuticals, cosmetics, and cleaners, could be derived from atmospheric CO2.

Similarly, aviation fuels required to power large-scale passenger airplanes, as well as diesel fuels to power cargo ships and trucks, could be sourced from CO2. This sort of world without fossil fuels would have more stable levels of atmospheric CO2 and, thus, the effects of global warming and climate change would be lessened or even eliminated.

These real-life ponderances of possibilities serve an urgent purpose: They prompt us to consider right now the grave risks we’re taking by not making every concerted effort to rapidly fix our global environment for the common good and benefit of all.

By now it is common knowledge that virtually all of these imagined developments are scientifically and technologically possible without the use of fossil fuels; we simply need to determine how to implement the creation of green industrial infrastructure, allowing us to live and thrive in an eco-friendly world.

Having embarked on this hypothetical narrative one point seems very clear: Without fossil fuels being available, the implementation of the so-called green industrial structure would have been implemented much quicker than it currently is, once the science and technology had been worked out. The availability of fossils fuels, the continuing subsidies and the building of plants whose financing has yet to be recovered means that the investment for the implementation of the green industrial structure by the scaling up of environmentally-friendly pilot plants to industrial scale has been much slower than it might have been. This investment will hopefully be accelerated now that the climate crisis is coming to the fore.

For now, let’s toast our formidable successes thus far—and trust that our ability to build a better, brighter future will be equally matched by our boldest ambitions to do so! Raise a glass of “green” vodka with ‘Cheers to a New Year‘ of applied inventional wisdom!

Flying high on carbon dioxide: Decarbonizing aviation
The significance and influence of personal experience when climate change comes home
No longer just solar sharing: Bringing agrivoltaics to the next level
From wood chuck holes to worm holes — A look into the notebooks of John Wheeler