Students from Delft University of Technology off to a flying start with Multifun concept selected as Fly Your Ideas winner. 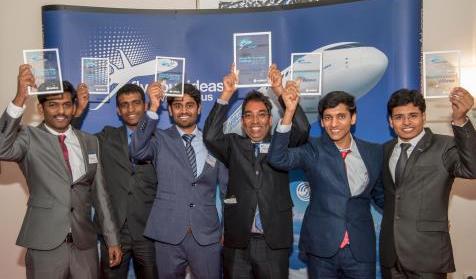 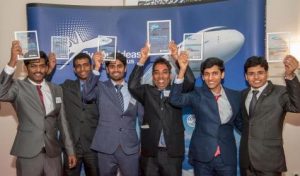 Team Multifun from Delft University of Technology, The Netherlands have been crowned champions of the fourth edition of Airbus Fly Your Ideas global student competition, organised in partnership with UNESCO to encourage the next generation of innovators and uncover future solutions for the future of flight.

The final round of the competition was held earlier where the five shortlisted teams presented their innovative concepts to a prestigious jury of Airbus and industry experts led by Charles Champion, Airbus Executive Vice President Engineering.

The five dynamic members of the all Indian team have been able to work 24 hours a day by interacting across physical boundaries from four different locations around the world, as they are based in India (Indian Institute of Science Bangalore), the UK (City University London), the USA (Georgia Tech) and the Netherlands (Delft University of Technology).

Keeping very efficient interactions between them, the Multifun team members met physically for the very first time at the final round of the event, where they managed to present the most disruptive idea for the future of aviation.

Team Multifun’s winning idea is all about good vibrations. The team’s idea entails aircraft wings dressed in a composite skin that harvests energy from natural vibrations or flex in the wings. Piezoelectric fibres gather electrical charges from even the smallest movements during flight, storing the energy generated in battery panels integrated in the fuselage and using it to power auxiliary in-flight systems, such as lighting and entertainment systems. This reduces the energy footprint of aircraft during flight and could even replace the entire power source for ground operations.