Will the flight to Mars be too dangerous for a crewed mission?

Experts think humans should be able to safely travel to and from Mars, but harmful solar radiation poses some technological challenges. 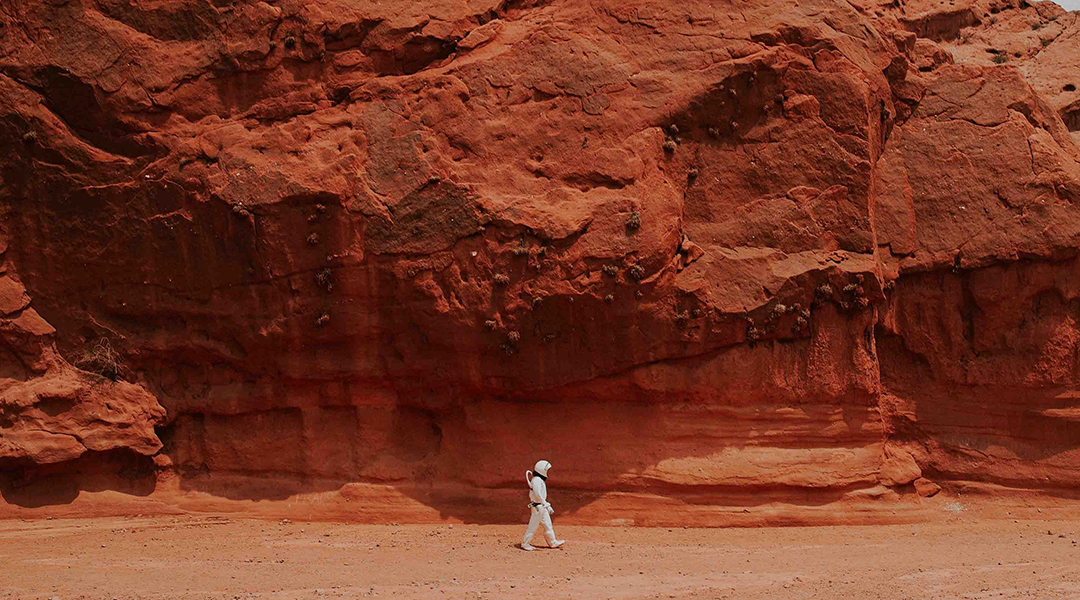 The race to send a human crew to Mars has already begun, with missions tentatively planned for as early as the 2030s. While efforts are being spent toward figuring out how to sustain astronauts on the Red Planet, the flight to and from Mars presents a different set of challenging technological and safety obstacles. One of them being the grave risk posed by particle radiation from the Sun, distant stars, and galaxies.

Determining whether particle radiation poses too grave a threat to human life is one step forward, say an international team of scientists. They also predict that the very timing of a mission could help shield astronauts and the spacecraft from the radiation.

That is, humans should be able to safely travel to and from Mars, provided that the spacecraft has sufficient shielding and the round trip is shorter than approximately four years. The timing of such a mission would also make a difference — the scientists determined that the best time for a flight to leave Earth would be when solar activity is at its peak, known as the solar maximum.

A trip of that length would be conceivable. The average flight to Mars takes about nine months, so depending on the timing of launch and available fuel, it is plausible that a human mission could reach the planet and return to Earth in less than two years, according to Yuri Shprits, a UCLA research geophysicist and co-author of the paper.

“This study shows that while space radiation imposes strict limitations on how heavy the spacecraft can be and the time of launch, and it presents technological difficulties for human missions to Mars, such a mission is viable,” said Shprits, who also is head of space physics and space weather at GFZ Research Centre for Geosciences in Potsdam, Germany.

The researchers recommend a mission not longer than four years because a longer journey would expose astronauts to a dangerously high amount of radiation during the round trip — even assuming they went when it was relatively safer than at other times. They also report that the main danger to such a flight would be particles from outside of our solar system.

Shprits and colleagues from UCLA, MIT, Moscow’s Skolkovo Institute of Science and Technology and GFZ Potsdam combined geophysical models of particle radiation for a solar cycle with models for how radiation would affect both human passengers — including its varying effects on different bodily organs — and a spacecraft. The modeling determined that having a spacecraft’s shell built out of a relatively thick material could help protect astronauts from radiation, but that if the shielding is too thick, it could actually increase the amount of secondary radiation to which they are exposed.

These findings indicate that while space radiation imposes strict limitations and presents technological difficulties for the human mission to Mars, such a mission is still viable.