Blood pooling in venous valves is a key risk factor in deep vein thrombosis. A new model is used to better understand how this occurs. 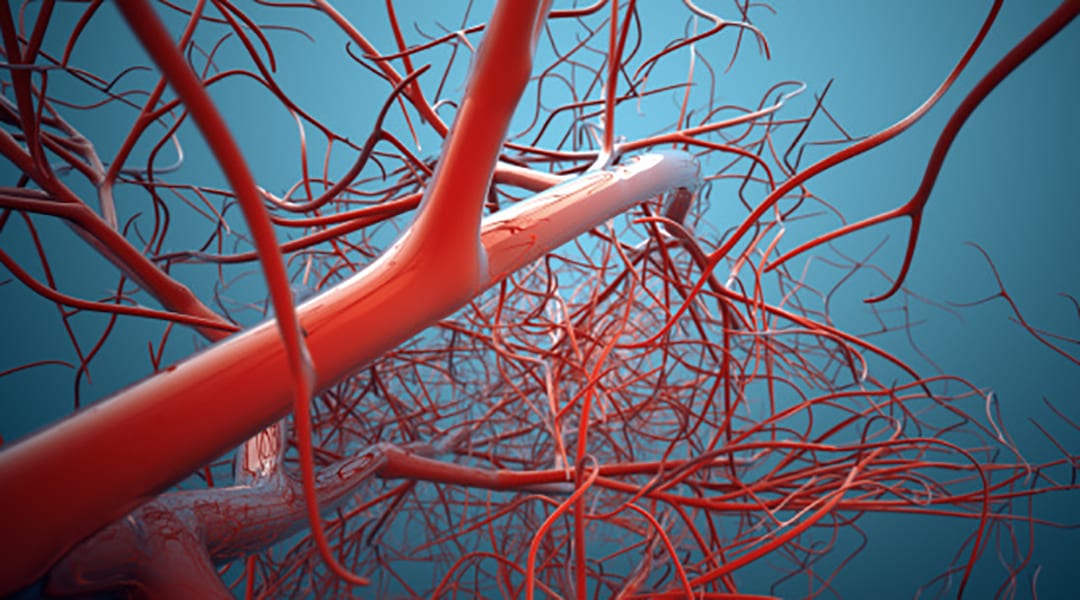 Deep vein thrombosis is estimated to cause 100 000 deaths in the U.S. every year. While decades of scientific effort have been dedicated to understanding the condition, the precise triggers involved remain a mystery. This effort has not been in vain (sorry), many aspects of this process are now well understood, which has allowed the development of some treatments and prophylactic measures.

The condition occurs when a blood clot develops in a deep vein. This in and of itself is not necessarily a problem. Blood naturally clots when a blood vessel is damaged to help prevent blood loss. The condition becomes dangerous if a clot dislodges from the vein and travels to the lungs. This can cause a pulmonary embolism, which is potentially life threatening.

The risk factors for deep vein thrombosis are well known, recent surgery, cancer, and obesity are three of the most common. Once detected, the condition can be treated with anticoagulants to try to prevent further clotting. However, this approach is not targeted specifically to the site of the clot and can lead to side effects.

What do we know about deep vein thrombosis formation?

Veins are not simply long formless tubes that passively allow blood to flow through. They play an active role in pushing blood around the body and their complex design helps to achieve this. Most veins contain one way valves (see below), which can contract to prevent backflow. These are called venous valve cusps, and it is here that deep vein thrombosis most commonly occurs.

Clots form at these valves under conditions described by “Virchow’s Triad”. The triad is made up of three phenomena: inflammation of the vein, stasis of the blood inside the valves, and blood that is predisposed to clot. It is worth noting that this triad is purely descriptive, and does not offer any insight into the underlying causes of these phenomena.

Research to date has largely focused on understanding the biological mechanisms that predispose blood to clotting. As a result of this work, scientists have a quite detailed picture of the kinds of changes to blood that can increase the likelihood of clots.

However, the reasons behind pooling blood in the valves are not as well understood. It is known that stagnant blood can lead to low oxygen concentrations in the valves, which can lead to an inflammation response (the third corner of the triad), but the fluid dynamics involved remain somewhat mysterious.

Why does blood pool in the venous valve cusps?

Not much is known about this process simply because it is inordinately difficult to study. Observing this process in animal models is challenging, and while artificial models have been developed for studying the process, they all have significant shortcomings.

Recent work published in Small describes the development of a new way of modelling blood flow through these valves. The team of scientists lead by Professor Abishek Jain call their new model the human “vein chip”.

Elaborating on the thinking behind the development of the model, Jain says “using the organ-on-chip technology for this model of the vein, we can start from being very simple, for example, start just by creating a vein anatomy, and not introduce any other factor that causes clots. Then add components incrementally, for example, blood flow, so that we can easily understand independent and cumulative effects of each factor’s influence in blood clot formation.”

Blood can be seen flowing through the chip in the video below. The chip was designed to carefully replicate the architecture of a natural venous valve cusp. It was made from a polymer mould, which served as the base for growing vein endothelial cells. Once the cells formed a layer over the mould, they required a regular flow of liquid nutrients over their surface to sustain them.

The video shows blood flowing through the “vein chip”. The blood flows through the one way valve, and in the pockets of the valve, the blood circles and pools.

What did the vein chip show?

This working model allowed the team to precisely control some of the key variables involved in blood flow. They were able to investigate the effects of blood flow rate, degree of valve contraction, and signalling molecules on the behavior of blood at the valve.

As blood flowed through the artificial valve, the team monitored the formation of clots, and the concentrations of various biological components that are known to play key roles in clot formation. The image below shows two different elements of clot formation: platelets and fibrin in green and purple, respectively.

When a person lays down for an extended period of time, for example after invasive surgery, this leads to contraction of deep veins and an increased rate of blood flow. When the team increased the rate of blood flow through their model, it resulted in some subtle biochemical shifts in formed clots, which may make them more resistant to breaking down naturally.

Outlining another key finding of the study Jain explains that “human veins actually have pockets of different shapes, and these shapes, when modelled on the microchip, result in a different extent of thrombosis. Therefore, venous architecture is also an important contributor to deep vein thrombosis, which is largely ignored in past studies, that only explore the chemical factors.”

The team also looked at the effects of adding a common anticoagulant drug to the blood flowing through the system. They found that clots that formed in the valve were significantly less likely to be impacted by these drugs, which suggests that future treatments might be improved by specifically directing drug transport to these areas.

Where to from here?

This model system has some limitations. Unlike natural veins, this model system is not enclosed, and while many of the blood flow results matched computer modelled expectations, an enclosed system might give slightly different results. Perhaps more importantly, this is a static model where living veins are constantly in flux.

The technology exists for a venous model to incorporate these changes and future work may look at incorporating these elements. Even with these limitations, this model has provided some fascinating insights into the mechanics of flow of blood through venous valve cusps and the ways in which this can lead to deep vein thrombosis.

While this report is simply the first step on what will be a long journey, Jain is excited about this technology’s prospects; “The chip permits inclusion of primary human cells… this will allow us to determine differences in gender, race, ethnicity etc. in terms of what population subgroup may have a more or less chance of having deep vein thrombosis. Therefore, therapy can be personalized for each patient, that is, this chip can be envisioned to impact personalized medicine of vein diseases.”

The weather is getting weirder at our poles
Decoy particles trick SARS-CoV-2
Astronomers estimate there are 36 communicating civilizations in our galaxy
Flying high on carbon dioxide: Decarbonizing aviation