An individual’s vitamin D level depends on their Vitamin D uptake from food and supplements, time outside in the sun, and their genetic disposition. 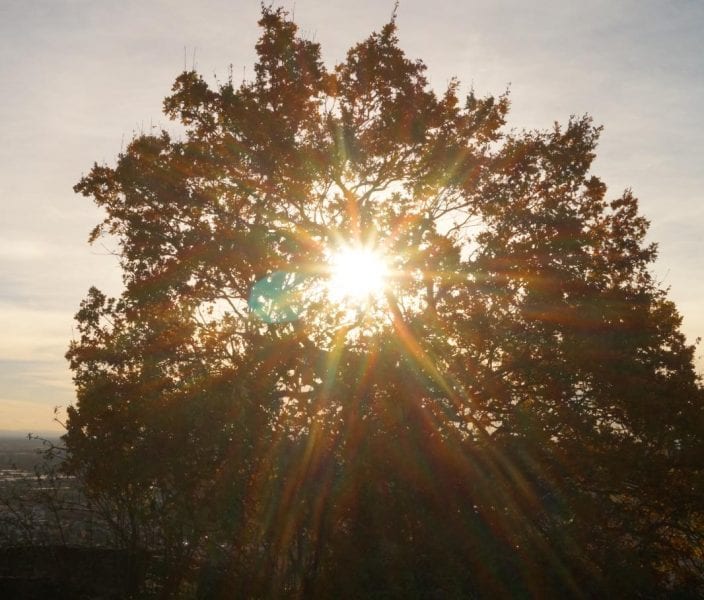 As part of the Food4Me Study, a team of European researchers explore how genetic factors, diet, and sunlight exposure influences the vitamin D level in European adults. They show that vitamin D uptake from food and supplements, time spent outside in the sun, and genetic disposition all play a significant role for an individual’s vitamin D level. However, only the amount of sunlight exposure, not diet, mitigated the effect of genetically low vitamin D levels.

A vitamin D deficiency is defined as a circulating concentration of 25-hydroxyvitamin D lower than 30 nmol/L.  Such a deficiency is the reason for multiple skeletal health problems. Additionally, an increased risk of cardiovascular disease, obesity, diabetes, and cancer is linked with insufficient vitamin D levels. Therefore, it is important to understand all aspects that affect those levels. The genetic influence on vitamin D levels is estimated to be around 80%, much higher than the dietary and environmental influences of around 25%. 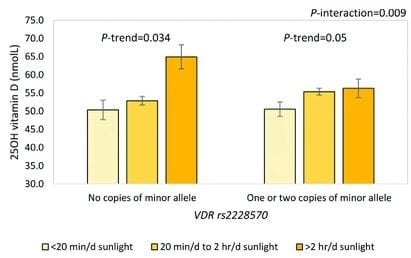 In the study, Katherine M. Livingstone, Carlos Celis-Morales, and their colleagues analyze blood samples and self-reported data of 1312 European individuals between 18 and 79 years. Additionally, vitamin D risk genotypes are determined for each individual. The results show that vitamin D levels are lower in women than men, higher for participants who took vitamin D supplements than for those who did not, and higher in summer than in winter. The authors suggest that the differences between women and men could be due to different times spent outdoors and possibly also due to different habits of applying sunscreen in summer. For the first time, the influence of environmental and dietary factors on genetically caused vitamin D deficiency is determined. The authors find that the negative effect of the minor allele of VDR rs2228570, the vitamin D receptor gene, can be mitigated by sunlight exposure. Dietary uptake of vitamin D, however, does not influence the genetic effect.

The authors suggest that their findings could help in improving personalized nutrition interventions and the vitamin D status in Europeans. However, a more detailed study on sun exposure times and vitamin D levels is required and the study should be expanded to more ethnic groups.

A Fossil Fuel-Free Industrial Revolution
Canan Dağdeviren: "Follow your dream because life is too short to follow someone else’s"
Inspired by the pufferfish, this hydrogel purifies water using nothing but sunlight
How a warming climate is affecting the Tibetan Plateau