With the virtual battery Trimet has made the energy-intensive electrolysis process for the aluminum production more flexible enabling the use of renewable energy. 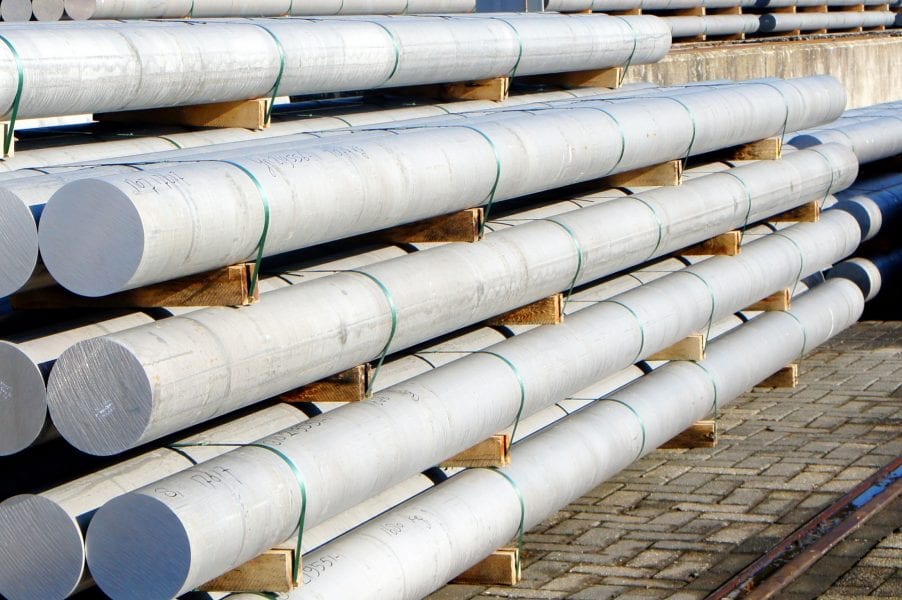 Since its invention in 1886, the aluminum production process has been based on a constant supply of energy. This great demand provides an opportunity for the energy turnaround. Trimet has shown this with its virtual battery project. The aluminum producer envisions the flexible use of production line electrolysis furnaces at its Essen plant as an energy store. The output can be varied in a range of plus or minus 25% – resulting in a virtual storage capacity of approximately 1,120 MWh, which is comparable to that of a medium-sized pumped-storage power plant. This power store facilitates the feed-in of sporadically produced renewable energy, including wind and solar energy, into the German power grid by balancing out grid fluctuations. 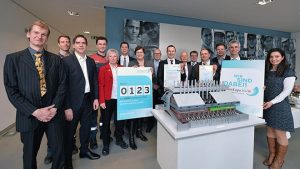 For its commitment to climate protection, the virtual battery project was officially included in the interdisciplinary initiative KlimaExpo.NRW. Source: Trimet

For this commitment to climate protection, the North Rhine-Westphalia Minister for Climate Protection Johannes Remmel, included the project in KlimaExpo.NRW, an interdisciplinary initiative of the state government: “With this exemplary project, Trimet shows that the energy-intensive industry is an important partner for the energy transition. Through targeted load management, it makes a major contribution to a secure energy supply under fluctuating feed-in, and also to the successful implementation of the energy turnaround.”

CEO of Trimet Aluminium Martin Iffert expressed his gratitude: “For years, we have been committed to energy- and resource-efficient aluminum production and processing. The virtual battery is a revolutionary milestone underlining the fact that the primary industry can and will make an important contribution to the success of the energy revolution. We are honored to receive the award and see it as recognition for the creativity and hard work of all those employees and project partners involved.”

To ensure the flexible control of its electrolysis furnaces, the company has developed a controllable heat exchanger together with the University of Wuppertal, which continuously maintains the energy balance in the furnace despite an erratic energy supply. A major challenge is keeping production constant despite a flexible supply of energy, removing any interruptions in the foundry process and ensuring that delivery obligations can be met. As part of the process, each aluminum electrolysis cell contains ten tons of liquid aluminum. Depending on the increase or decrease in production, this content will be adjusted so that production fluctuations do not interfere with the continuous processing of the material.

The new technique has great potential. If fully implemented, the four aluminum smelters in Germany – 3 of which are located in North Rhine-Westphalia, with 2 of these smelters as well as a smelter in Hamburg being operated by Trimet – could increase the country’s current pumped storage capacity of 40 GWh by a third. The family-run business is investing some 36 million Euros for ongoing tests on an industrial scale.