Viking identity was not limited to people with Scandinavian ancestry

Who were the vikings and where did they come from? Sequencing of skeletons allows researchers to understand Vikings through their genetic legacy. 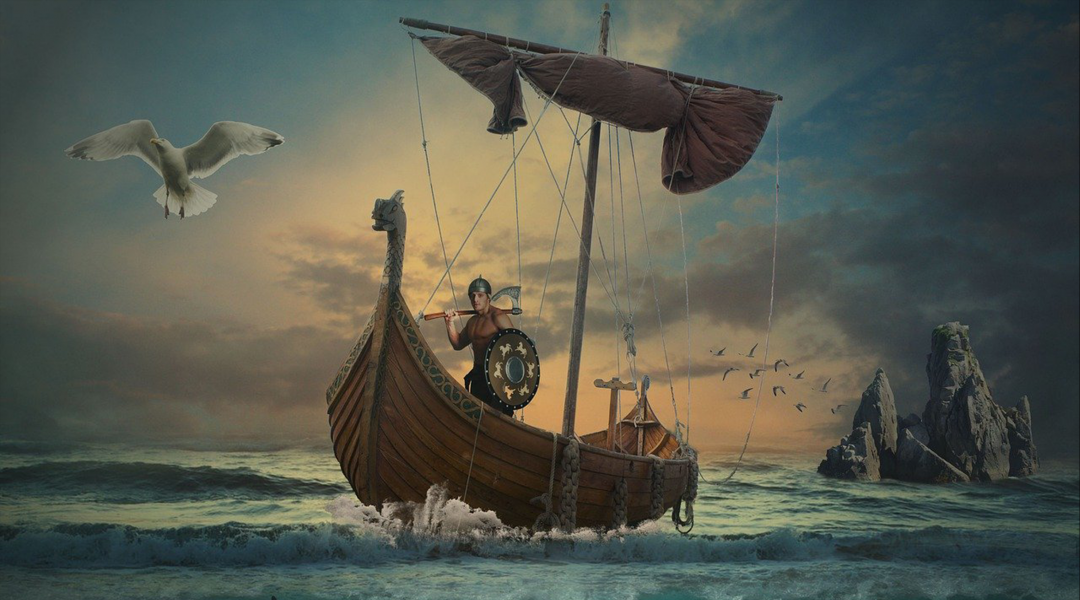 Popular culture has long imagined Vikings as blond haired, blue eyed and with a taste for the finer aspects of millinery. A recent genetic study of over 400 skeletons from targeted archaeological sites casts doubt over some aspects of this picture.

The archaeological study has been going on for the last six years, and has involved researchers from Norway, Sweden, Denmark, and the UK just to name a few.

As Professor Willersley, the lead author of the work, argues, these long hours of collaboration have had lead to the development of an interesting picture, “We have this image of well-connected Vikings mixing with each other, trading and going on raiding parties to fight kings across Europe because this is what we see on television and read in books — but genetically we have shown for the first time that it wasn’t that kind of world. This study changes the perception of who a Viking actually was.”

The Viking Age is generally thought to have lasted from the late 8th century to the mid 11th century, and while evidence suggests that Vikings did indeed carry out maritime raids on cities and monasteries during this period, they were also prolific merchants and explorers.

Professor Martin Sikora elaborates: “We found that Vikings weren’t just Scandinavians in their genetic ancestry, as we analyzed genetic influences in their DNA from Southern Europe and Asia, which has never been contemplated before. Many Vikings have high levels of non-Scandinavian ancestry, both within and outside Scandinavia, which suggest ongoing gene flow across Europe.”

This mixing of cultures was not, by any means, limited to Viking communities back in Sweden, Norway, and Denmark, as evidence shows that the locals on the British Isles assimilated at least some Viking cultural practices. Professor Søren Sindbæk, an archaeologist from Moesgaard Museum in Denmark explained: “They exported ideas, technologies, language, beliefs and practices, and developed new socio-political structures. Importantly, our results show that ‘Viking’ identity was not limited to people with Scandinavian genetic ancestry. Two Orkney skeletons who were buried with Viking swords in Viking style graves are genetically similar to present-day Irish and Scottish people and could be the earliest Pictish genomes ever studied.”

These Orkney skeletons were far from the only non-Nordic remains found in Viking graves. This is strongly suggestive of a culture which allowed people from diverse backgrounds to be active members of the community. Professor Willersley elaborates on the impact of this cultural trait on Viking appearance, “Our research even debunks the modern image of Vikings with blonde hair as many had brown hair and were influenced by genetic influx from the outside of Scandinavia.”

Many Vikings were brunettes.

While that sinks in for a moment, it should be mentioned that the picture of viking genetics is still incomplete. These results represent just another piece in the puzzle, furthering our understanding of where these people came from, and what their legacy became.

Study Reveals Hepatitis A Originated in Insects
Business as usual … on the edge: Neuronal outgrowths do their own maintenance
Changing gluten intake found to have no impact on gut inflammation in healthy individuals
Pseudoviruses help determine the success of COVID-19 vaccines and antibody therapies