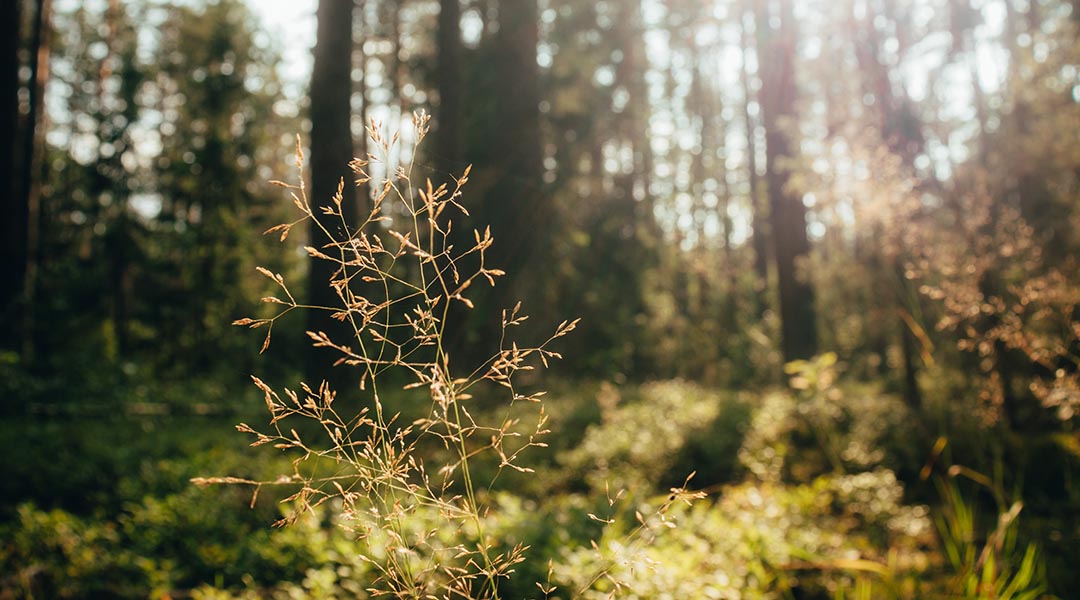 The current geological epoch, the Holocene began after the last significant ice age some 11,500 years ago. During this epoch, expansive vegetation growth in the Northern Hemisphere led to a spike in global temperatures, according to a recent study. The findings are based on pollen records going back thousands of years, which helped model past climate warming events.

Scientists have long tussled with two paradigms of warming or climate change during the Holocene. Geological studies — those based on proxy records from the land and sea — suggest that temperatures spiked at some point between 9000 and 6000 years before the present period of global warming. However, climate simulations of changing temperatures during this epoch have shown a gradual rise in warmth compared to after industrialization. This contentious spike in Holocene temperature, which occurred prior to a cooling off period, is known as the Holocene thermal maximum.

“Until this study, there were hints that the models were missing important features to correctly simulate the warming,” wrote Darrell Kaufman, a researcher at Northern Arizona University, who was not involved in the study, in an email. “This study demonstrates the power of land-cover changes caused by shifting vegetation communities to account for the global-scale warming that is evidenced in geologic records.”

Alexander Thompson, a researcher at the Washington University in St. Louis, United States, and his colleagues used the Community Earth System Model, a well-established climate modeling system for their study. Instead of simulating the climate conditions for the entire period of the Holocene thus far, the researchers chose four points in time to examine the impact of vegetation change on global annual mean temperatures.

They carried out simulations at 9000, 6000, and 3000 years ago, as well as during the preindustrial era, around 1850 AD. These modeling experiments assessed various levels of vegetation in the African Sahara, in the mid-latitudes of the Northern Hemisphere, and the Arctic. With every new simulation, Thompson ramped up the vegetation cover in these regions higher than that seen in the preindustrial era.

They inferred the gradation in vegetation changes from pollen records going back thousands of years. “We took the extensive pollen records throughout the northern hemisphere, from the Holocene 6000 years ago and 9000 years ago, and essentially used that to inform some vegetation changes,” said Thompson, who conducted the study while a doctoral student at the University of Michigan, Ann Arbor. In the early to mid-Holocene period, parts of the Northern hemisphere were a lot greener, as suggested by pollen records. For instance, the African Sahara was covered in shrubs and grass, while the mid-latitudes were dense with forests.

In order to better hedge their bets, the team took into account a range of vegetation growth for the various slices of time for their many models. The true state of vegetation for the region would fall within the range, said Thompson.

Through climate modeling, the team found that flourishing vegetation in the Northern Hemisphere evidently increased the mean annual temperature. Earth’s surface temperature rose by 0.8°C 9000 years ago and 0.7°C 6000 years ago. “We’re able to see a much better match with the models and proxy records when we account for some of those big vegetation changes,” said Thompson. “Regardless of what type of vegetation change we have; we still see that global Holocene thermal maximum.”

In response to the warming summers of the Northern Hemisphere, the vegetation expanded and further amplified the initial warming climate. This acted as a feedback mechanism, emphasized Thompson. “The strength of the vegetation feedback: up to 0.8°C global mean temperature, is a lot,” wrote Kaufman.

In the study, the researchers acknowledged that the study used but one climate modeling system. This may warrant comparison with other models that simulate changes in vegetation, cautioned Kaufman.

“Although roughly 6000 years ago was the warmest in terms of the overall global average, it wasn’t the warmest time in every region, and it wasn’t warmer than during the past 50 years, and was certainly cooler than projected during upcoming centuries, even under the most optimistic emissions reductions,” added Kaufman.