Unveiling the Presence of an Excitonic Insulator in Transport Experiments

A theoretical study of electronic transport in a hybrid junction consisting of an excitonic insulator sandwiched between a normal and a superconducting electrode. 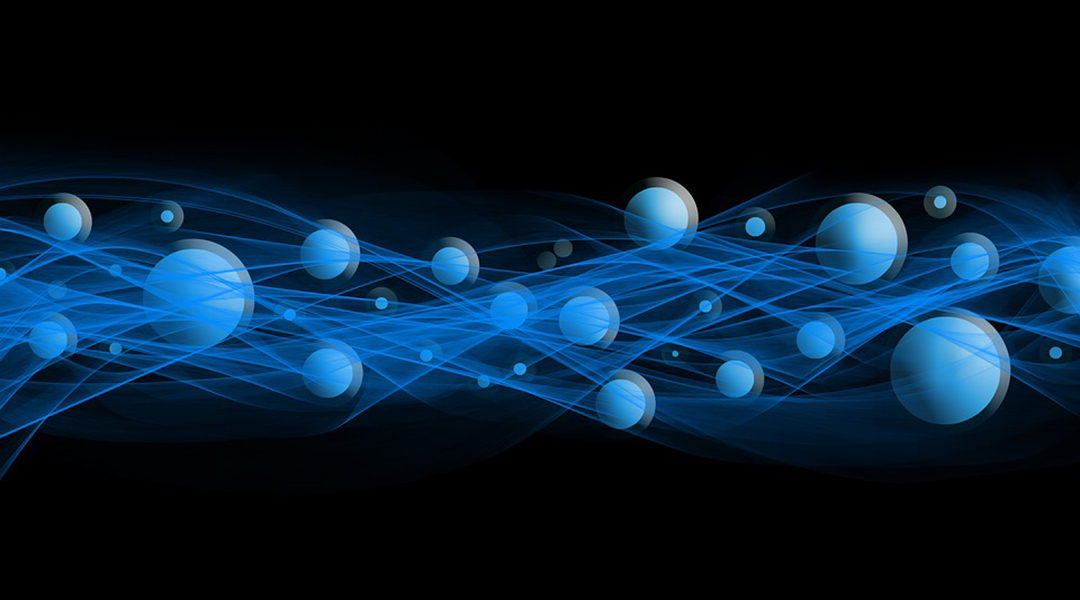 Excitonic insulators are an extremely elusive phase of matter thought to be found in semi-metallic systems, i.e., systems where two bands are simultaneously populated at the Fermi energy. Coulomb interaction between electrons of these two bands can drive an instability similar to the one observed in superconducting materials, leading to the opening of a many-body gap. Since its postulation in the 1960s there has been a complete lack of experimental findings pointing to its existence.

This field obtained a fresh new start in the past 20 years as new and more precise experimental methods allowed for more sophisticated experimental designs, which showed “smoking gun” signatures of this exotic phase. Most of the experiments pointed to the direct exploration of the spectral properties using optical techniques. However, a few challenging experiments addressed this problem by looking at the transport properties.

In two recent experimental reports, a superconductive electrode was combined with two different materials predicted to host an excitonic insulator phase. A superconductor is characterized by a condensate of quasi-particle carrying a charge of twice the electron charge. On the other hand, an excitonic insulator condensate is described by charge neutral quasi-particles. The challenge in these experiments was to understand the non-trivial electrical response of a system containing two competing condensates: one neutral and one charged. 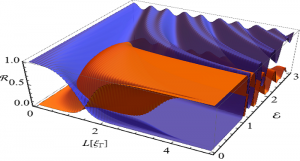 Normal reflection N−VB and Andreev reflection A−CB as a function of the injection energy and length of the EI region.

Recently, Prof. Dario Bercioux and co-workers at the Donostia International Physics Center addressed the problem of these new insightful transport experiments by modelling these hybrid superconductive interfaces within a fully ballistic description. The model is characterized by the presence of a new channel of normal reflection that allows an electron arriving from the normal metal to be injected into the excitonic condensate by producing a reflected electron moving in the second band open at the Femi energy. This is a reflection process similar to the Andreev reflection, which takes place at an interface separating a normal and a superconducting electrode.

Prof. Bercioux commented that he was surprised that a simple model was able to qualitatively catch many of the experimental features of two related experiments but on two distinct host materials. The key ingredient for this achievement is having combined two types of a similar process of reflection, the Andreev reflection, converting an electron into a hole taking place at an interface with a superconductor, and an Andreev-like inter-band reflection, which converts an electron from one band to another. The former process allows injecting a Copper pair inside a superconductor, whereas the latter allows injecting a neutral exciton inside an excitonic condensate.

The results are surprising because most of the more delicate aspects of the two materials were not considered, i.e., disorder or other sources of inhomogeneity.

The team is now focusing is finding new possible transport set-ups that could lead to direct access to the physics of the excitonic insulator, for example in thermal transport properties. A guiding line is related to the similarity with superconductivity, thus to exploit properties similar to the well-known Josephson effect.

Teleportation is possible, it just depends on scale
What can AI tell us about the early universe?
The dramatic story behind general relativity's Nobel Prize snub
Nuclear fusion record broken by UK scientists