Cellular signaling is investigated using a subset of human B cells. 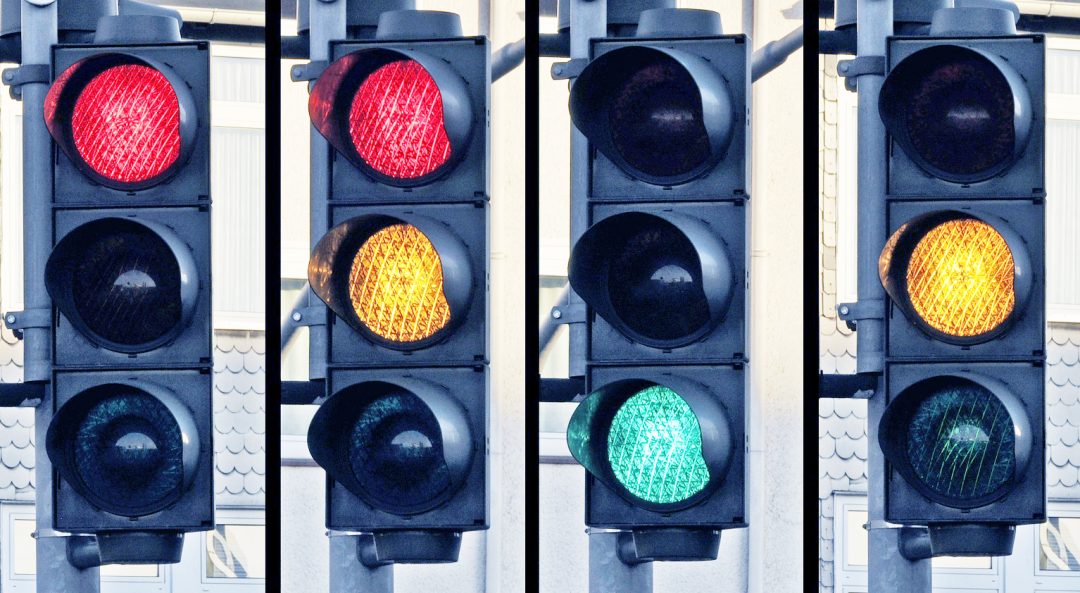 Human B cells are selected in follicles located in germinal centers in lymphoid organs, and then differentiate to produce antibodies (named also B cell receptors) that recognize specific antigens. The detailed factors and sequence of events that are involved in the finely regulated process that leads to mature B cells with increased affinity for their antigen is still a matter of discussion.

While the role of signaling via the B cell receptor or membrane-bound antibody remains to be elucidated, the costimulatory role of follicular helper T cells is widely accepted. B cells express at their surface the co‐stimulatory receptor CD40 that interacts with the CD40 ligand present on T cells.

During the induction of an immune response against a pathogen, CD40 plays a crucial role in the activation, proliferation, switching of the class of antibodies and recombination, during a process that provides B cells with the capacity to interact with cellular partners and to secrete antibodies with higher affinities. 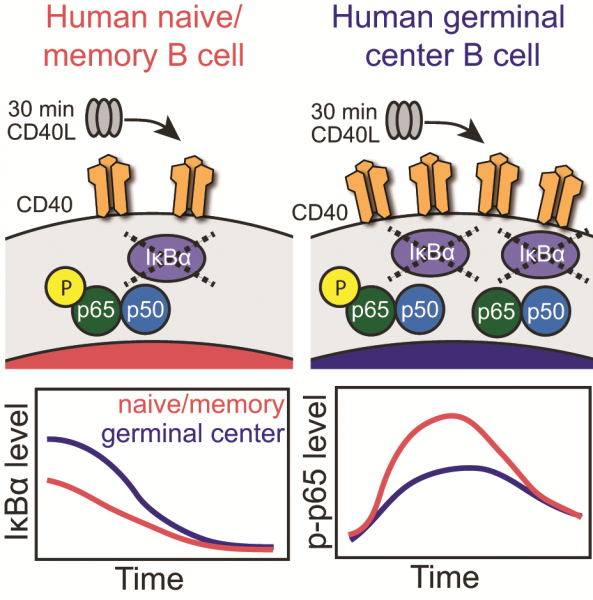 T cells engage B cells via their T cell receptor that specifically recognize peptides presented by B cells on Major Histocompatibility class II molecules. To such engaged B cells, T cells provide co-stimulatory signals via secretion of soluble cytokines and a direct CD40-CD40 ligand interaction. Over-competed low-affinity B cells that do not receive co-stimulatory signals from T cells consequently die.

Subsequent to the binding of CD40L to CD40, intracellular signaling pathways, including the nuclear factor κB (NFκB) pathway, are activated. This pathway is triggered by the degradation of IκBα that allows the release of dimers of the NFκB subunits to the nucleus and leads to the activation of transcription.

NFκB is composed of subunits, such as c‐REL that is in control of establishing and maintaining the germinal center, and p65 that is decisive for the final differentiation to effective B cells producing antibodies.

Although CD40 signaling shapes B cell fate and function, the expression of CD40 and subsequent signaling events are not elucidated in human germinal center B cells.

They measured the dynamics of the surface expression level of CD40, and the intra-cellular level of the components of NF-KB, such as the inhibitor of κBα and phosphorylated subunit p65. Germinal center B cells were distinguished from naïve and memory B cells in the same tissue samples by both the starting state of the signaling network, including surface expression of CD40 and CD40L‐induced phospho‐protein response kinetics.

The approach provided the ability to track the CD40 signaling network over time in rare populations of primary human cells and revealed differences previously ignored in B‐cell populations studies. The study unveiled further complexity in CD40 signaling and indicated that early events might be a mechanism for fine-tuning the germinal center response.

The work highlights the potential of mass cytometry to accurately measure signaling in health and disease.

Is "synonymous recoding" the future of vaccine development?
Anticancer peptides offer hope for triple-negative breast cancer
The power within our gut
Understanding human aging with the help of a worm