Scientists at Sarbonne University reveal the chemical secrets behind the Romantic era's most celebrated artists. 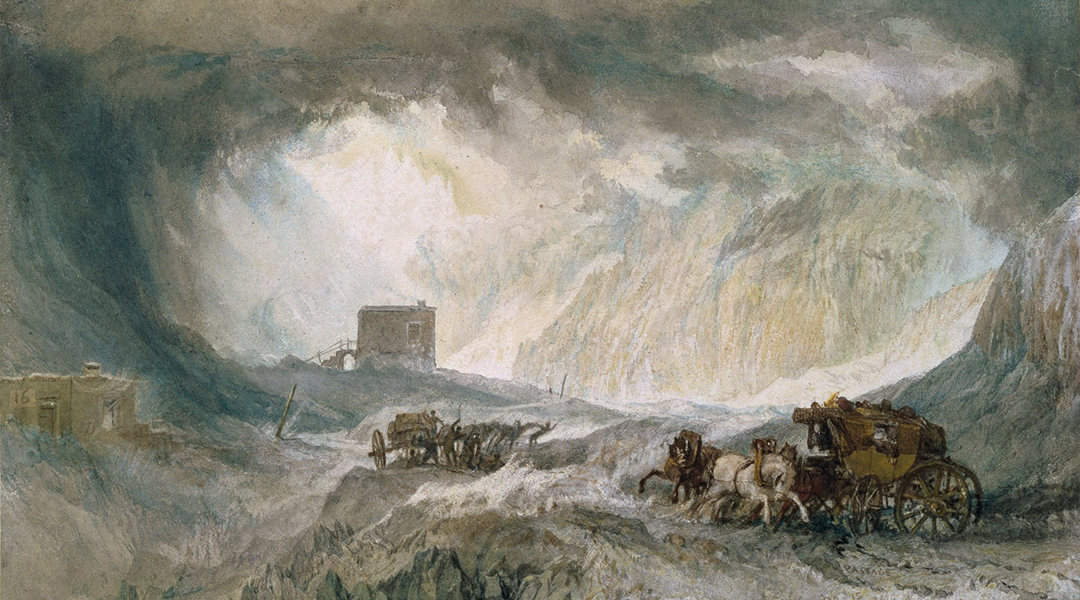 The Fighting Temeraire is one of J. M. W. Turner’s most celebrated paintings. The Romantic painter’s depiction of an old warship being tugged to its final berth to be broken up for scrap can perhaps serve as a metaphor for how the painting itself, and others like it from this period, degrade over time, posing a constant challenge to conservationists.

A growing trend within conservation and restoration science is understanding the chemistry of the paints employed by great artists through the ages. For the English Romantics like Turner, one technical innovation was adding gels to their paints in mixtures called “gumtions” or “megilps” — what we now call gel Mediums — which gave the artist much better handling of their paint and allowed them to make evocative, emotionally charged imagery so well-known in the Romantic period. Understanding the chemistry of old paints isn’t just interesting for historical curiosity, it is also crucial for conserving old paintings and preventing them from future decay and degradation.

The trouble, of course, is that conservationists do not want to use destructive techniques to analyze these paints, and so an alternative is to study old paint recipes and recreate them in the lab. For 19th century gel Mediums, a team of researchers at Sarbonne University in Paris did just that, and concluded that these mediums can be safely described as functional hybrid nanocomposites.

Turning to Turner’s own recipes, the team led by Clément Sanchez reconstructed these old gel formulations — primarily a mixture of mastic resin and lead acetate in oil — as well as making model systems with simplified chemistry, to better understand the gelation processes involved.

Publishing in Advanced Functional Materials, the team show that whilst these gel Mediums were perfect for capturing the desired effect artists like Turner wanted, their use led to cracks and degradation of the paint film over time. This problem appears to be from the formation of lead oxide-based nanoparticles formed within the gel Mediums, which, with semiconducting properties, are believed to react with the oils in the paints leading to degradation.

Further studies are needed, the authors write, to investigate more closely the effects of oil in the gel Medium models.

This work will prove vital for conservation scientists eager to understand the chemistry behind the degradation of paintings from centuries gone by, in order to better preserve, conserve, and restore this important area of cultural heritage.

Nobel prize in chemistry 2020: Precision genome editing
Towards long-lasting lithium-sulfur batteries
Searching for a needle in the haystack: Fast screening for new catalysts
How do we take the methane out of natural gas?