In plasma medicine reactive oxygen species are attracting increasing attention due to their wide potential applications. 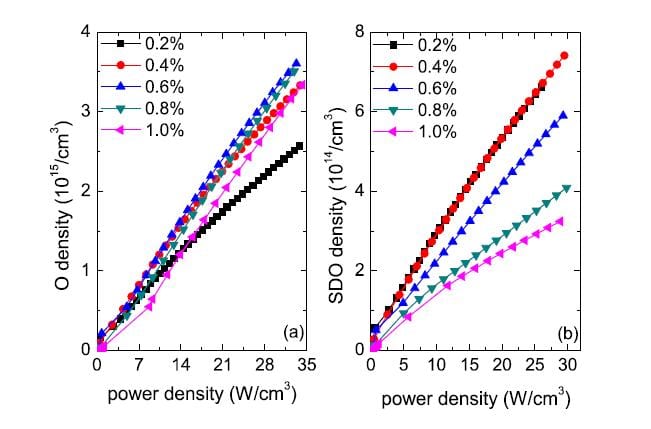 In plasma medicine the reactive oxygen species (ROS) generated in radio-frequency discharges at atmospheric pressure play an important role, which is attracting increasing attention due to the potential applications this phenomenon may open up. However, the interaction mechanism between the atmospheric plasma and living tissues is still a problem, which is an obstacle to the further development of plasma medicine. An essential step to solve this problem is to fully understand the production and destruction of ROS, especially for atomic oxygen and single delta oxygen (SDO).

Because of the difficulty of experimental measurement, Dr. Yauntao Zhang of Shandong University has developed a computational simulation showing more detailed description of the production and destruction of ROS.