Researchers look beyond our chimpanzees and bonobos to trace the evolution of human language. 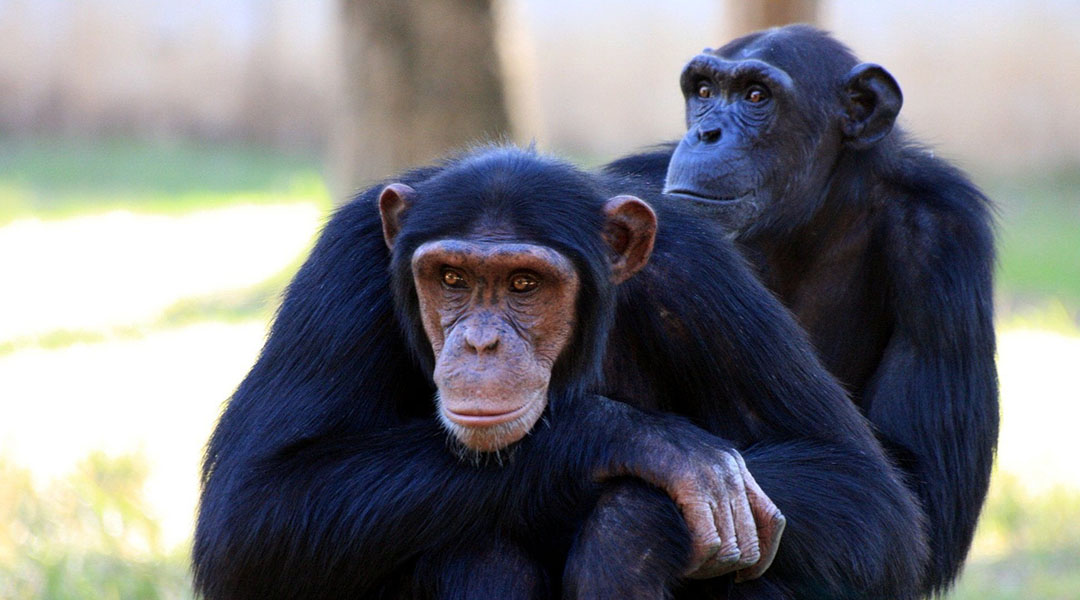 What if chimpanzees and bonobos were not our closest relatives? This is the question that researchers at Warwick University and St Andrews University raise, and invite others critically considering, to gain fresh insight and clearer understanding about one of the longest-standing puzzles of science — the evolution of human language.

Language and linguistic signals do not fossilize. Researchers have, hence, for decades sought for clues of language evolution in our closest relatives, the great apes. Among these, chimpanzees and bonobos — the extant species of the genus Pan — represent the lineage that last diverged from that which ultimately led to humans.

This makes Pan human’s closest living apes. Unsurprisingly, their behavior has been consistently championed as the most desirable to learn about the evolution of human behavior and language precursors. But it turns out that such assumptions may in fact be not as logical nor helpful as hitherto regarded.

In an article recently published in BioEssays, Adriano Lameira and Josep Call reviewed what is currently known about great ape genetics, cognition, ecology, and vocal communication and unveil that in none of these domains do Pan outperform or overshadow other genara such as Gorilla or Pongo (orangutan) cousins.

For example, in genetics, the FOXP2 gene, known to play a predominant role in speech and language development, has only acquired new modifications in humans and orangutans since the last common ancestor to all primates. Looking across batteries of cognition tests, the authors state “there is no great ape greater than the other”.

Likewise, the ecology of all great apes seems to potentially shed light on the climatic changes that ensued human evolution and bared weight on language evolution in the African continent from different but complementary angles.

At the same time, great ape vocal capacities, much-vaunted traditionally to be primitive, have continuously surprised researchers over recent years for language-like features and underestimated sophistication. Dr. Lameira states that new knowledge on human and language evolution will come from “the contribution that each great ape species can make to the larger picture, made up of different, but interlocking pieces of data”.

Language evolution is perhaps one of the most fabulous puzzles to have tantalized philosophers, scholars, naturalists, and scientists throughout the centuries. To stand a chance of understanding its evolution, we need to consider non‐exclusively all the lines of evidence potentially available — lines that ought to extend as far down in the tree of life (thus, include as many species) as possible. Fully acknowledging the diversity in great ape cognition and communication is an important and necessary step in this direction. As our closest relatives, they complement in a unique way what can only be gleaned from the fossil record. Great apes represent an empirical gem of sorts and we must cherish their present importance and current diversity, before it is too late. Each and every great ape, individual and species, will provide unique lost fragments about our own past and history, including about the timeline of the feature that best characterizes us — language.

Kindly contributed by Adriano Lameira at the University of St Andrews.

Biomaterials researchers should include sex-based differences
What can Shakespeare teach us about climate action?
Conducting the climate change orchestra
Bridges, wires, and a chameleon: Crossing the membrane’s fortifications