Tourism could be having an impact on female cheetahs’ ability to raise cubs. 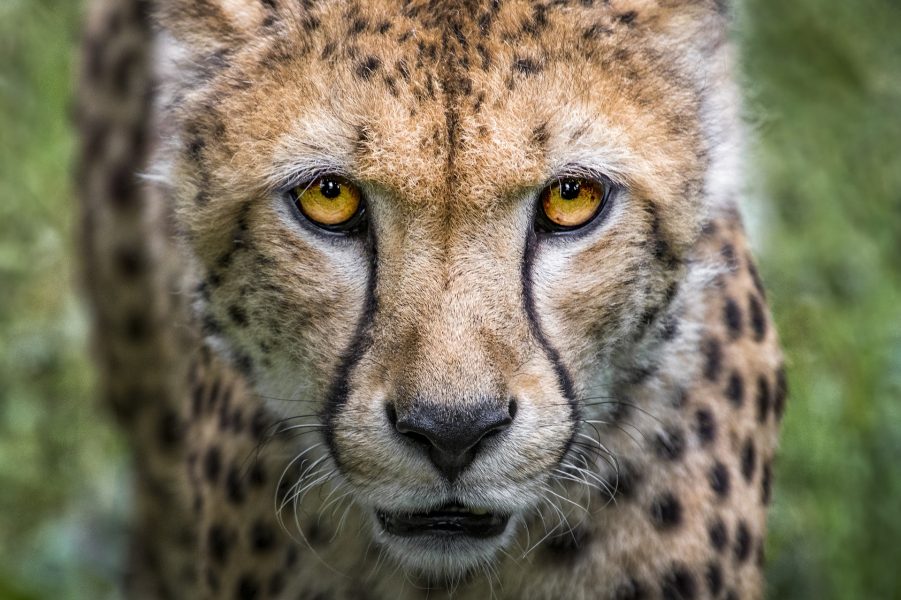 Cheetahs are one of Africa’s most endangered large carnivores, with just 7000 adults estimated to survive in the wild. One of the biggest problems facing cheetah conservationists is the low survival rate of cheetah cubs: past studies have shown that, at most, a third, and in some places fewer than 5%, of cubs will survive to independence. New research, recently published in Ecology and Evolution, suggests that one factor hurting the ability of cheetah mothers to raise their young is the presence of too many safari-going tourists.

The research was conducted in Kenya’s Maasai Mara National Reserve by Femke Broekhuis of the Mara Cheetah project. The reserve attracts huge numbers of visitors, with around 2700 people visiting every day during peak tourist season. Unlike some surrounding areas, the Maasai Mara Reserve places no restrictions on tourist numbers, which can result in substantial crowds gathering around the most charismatic animals, such as cheetahs. Dr. Broekhuis notes that it is not uncommon to see 30 tourist vehicles gathered at a cheetah sighting, and even reports one instance where 64 vehicles gathered around a cheetah kill.

Dr. Broekhuis and her team track cheetahs in the reserve using a combination of direct observations and data from GPS collars, allowing them to determine where different females spend their time. Twenty females were tracked over a 4-year period, with data gathered on how many of their cubs were successfully raised to maturity.

The results strongly suggest that tourism is having an impact on female cheetahs’ ability to raise cubs. Females living in areas of the reserve with high levels of tourism successfully raised on average just 0.2 cubs per litter, compared to the average of 2.3 cubs raised by females living in low-tourism areas. It is known that the presence of humans can reduce the success of cheetah hunts and/or cause cheetahs to abandon their kills: Dr. Broekhuis suspects that the resulting lack of food for their cubs is the primary reason for the poor success of cheetah mothers in high-tourism areas.

Dr. Broekhuis stresses that her results do not mean tourism per se is bad for cheetahs; it can have indirect benefits by encouraging the creation of conservation areas and improving the attitudes of local people toward predators. Clearly though, if tourism is to be sustainable it needs to be controlled. Dr. Broekhuis suggests several sensible management approaches, such as limiting the number of vehicles allowed at a cheetah sighting, ensuring vehicles stay at an appropriate distance, and keeping noise to a minimum. The implementation of such measures would help ensure that future generations of tourists are still able to view these magnificent animals.

Catchments Can Be Leaky
Meet the tsetse fly, the supermom of the insect world
Nature can adjust to a new climate, though perhaps not fast enough
Algal Blooms in Streams, Lakes, and Coastal Waters