Intense optical vortices work together to fling neutral atoms with accelerations trillions of times that of the earth. 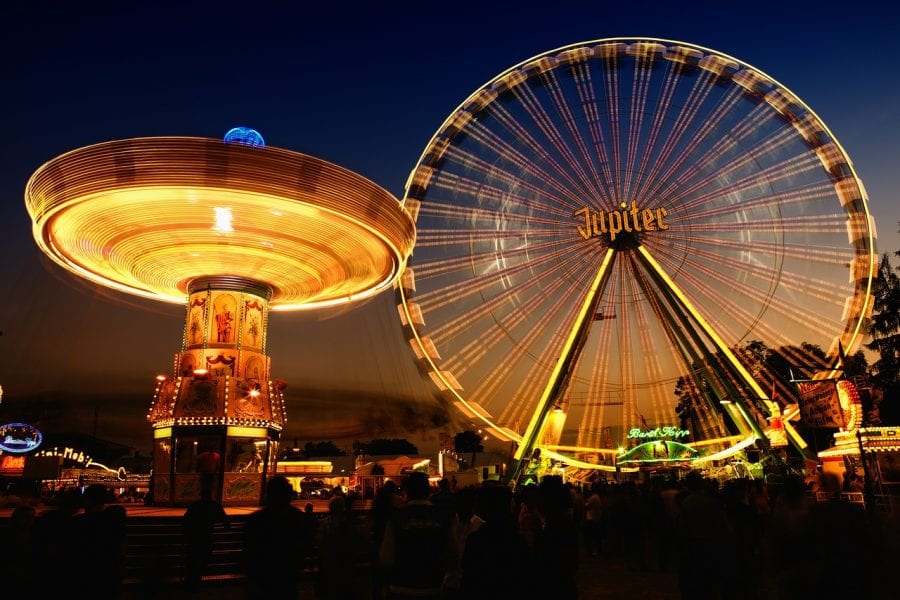 Intense optical vortices work together to fling neutral atoms with accelerations trillions of times that of the earth.
The vortex pulses can also be tailored to form traps and move atoms gently in ferris wheels, with extensions thousands of times larger than the residual neutral atom. The approach is relevant for applications using neutral atom guiding, atom stacking and structuring, and for sub-optical wavelength lithography. 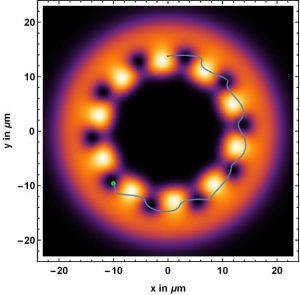 The phenomena rely on the highly non-linear dynamic of the atomic charge cloud in interfering, high-intensity laser pulses that carry orbital angular momenta and thus form optical vortices. Exploiting the particular interference properties of optical vortices, the resulting optical intensity profile can be controllably structured in space on a sub-optical wavelength by an appropriate choice of topological charges, i.e., the winding number of the optical vortices. The intensity profile acts as a confining and guiding potential for the atoms’ center of mass. A small detuning between the frequencies of the interfering pulses leads to a global rotation of the interference pattern, and hence the photon intensity with an angular velocity set by the detuning.

Dr. Berakdar and his colleagues’ research results are published in Annalen der Physik.

The text is kindly provided by Dr. Jamal Berakdar.