Women face greater health and safety risks when water and sanitation systems are compromised, but this has never been explored in relation to tourism. 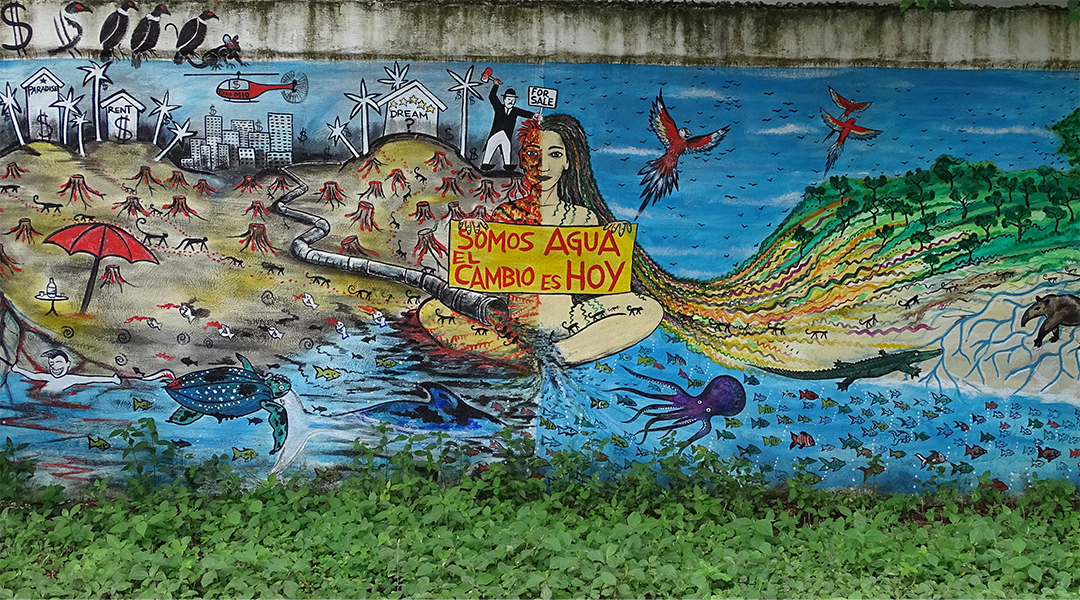 It is well established that tourism is a water intensive industry. Studies have shown that the per capita water use by tourists far exceeds that of locals, and that tourism development can affect water supply both quantitatively and qualitatively. The consumption of water in tourism is clearly contextual, depending on climatic factors, seasonality of tourism, local norms, hotel size, design, and age. But the negative impacts are well documented, including water depletion, water pollution, and increased costs for water. Furthermore, in the majority of countries where tourism is a significant water user, climate change is projected to exacerbate current water demand and scarcity problems.

In our review of studies from a number of countries including Spain, Honduras, Indonesia, Costa Rica, The Gambia, Dominican Republic, Morocco, Nicaragua, and China, similar themes were revealed about tourism and water. Although the framing of the issues varied, we found there are similar issues across the globe.

Securing water for the tourism industry is the most common theme and the majority of research has been centered around water use by hotels, rather than other aspects of tourist water use. The majority of the studies have taken a tourism first stance, and when water security for the hotel industry is threatened, investigations tend to focus on how to manage their water supply. Far fewer studies have been from the community’s perspective. However, in all continents, struggles are prevalent, and the unsustainability of tourism and its impacts on water quantity and quality are apparent. Yet, water quality has received far less attention than water availability, despite increased salt‐water intrusion, due to excessive use of coastal ground water and climate change, being a quantity and quality issue.

Climate change has been notably absent from the majority of studies. We found this particularly surprising given that tourism-water conflicts are frequently in coastal areas that suffer from sea level rise and increased salt water intrusion. Also absent from these studies is consideration of the Sustainable Development Goals, particularly SDG 6 (clean water and sanitation). However, the most significant gap in the literature identified, is was the discernible lack of discussion that takes a gendered view these issues.

The gender gap is particularly surprising given the considerable studies on water justice and gender. Women and girls are responsible for water collection and management in 80% of households and it is apparent that they suffer to a greater extent when water resources are mismanaged. A significant body of literature explores climate change and water, and how the vulnerabilities of marginalized groups will increase, and affect gender and social relations. It will add to women’s strains as caregivers and lead to increased psychological and social implications.

Our collaborative, international review — recently published in WIREs Water — revealed a gender gap in research that explores the link between water and tourism. Studies from a gendered perspective are minimal and the potential for areas of further gendered studies within the tourism–water nexus are needed, including intersectionality, water insecurity and sanitation, tourism and gender based violence, and additional unpaid care work.

An exploration of tourism and SDG 6, including its interconnection with SDG 5 (gender equality) is needed to bridge this gap. We know women face greater health and safety risks when water and sanitation systems are compromised but this has never been explored in relation to tourism. To study one without the other misses important elements critical to women’s health, safety, and security. Furthermore, while the World Tourism Organization claims, “tourism can play a critical role in achieving water access and security, as well as hygiene and sanitation for all”, there has been no analysis of how this can be achieved.

The interconnection with SDG 13 (climate action) is also critical, given that some much  tourism development is situated on vulnerable coasts. This is already impacting community’s drinking water availability, reliability, quality, quantity, and accessibility. Climate change will compound this and increase the distances women have to walk in search of clean water, exacerbate difficulties in health e.g. from waterborne diseases, and sanitation.

Further exploration on the intersectionality of women’s experiences on the water‐tourism nexus is important, since their experiences were not monolithic, but intersect with other categories of identity such as nationality, ethnicity, life‐stage and occupation.

Women’s vulnerabilities are compounded by multiple structural inequalities such as gender inequality, racial inequality, and ageism. Understanding the complex combination of women stories is needed to gain a deeper appreciation of women’s experiences of the tourism–water nexus. Further research into the additional unpaid care work that falls on women when they compete for water supplies with the tourism industry is also crucial in capturing the nuance of water inequality that women suffer. Last but not least, emerging research suggests a the link between water insecurity and gender based violence but this has yet to be explored in relation to tourism.

All the suggested future studies could provide the multidimensional impact of tourism water use on local communities and the wider impact on gender relations, which, together with information of the impacts of tourists’ water use on ecosystems, is required for a fuller understanding of the tourism–water nexus.