The Royal Swedish Academy of Sciences has decided to award the Nobel Prize in Physics 2016 with one half to David J. Thouless and the other half to F. Duncan M. Haldane and J. Michael Kosterlitz for theoretical discoveries of topological phase transitions and topological phases of matter. 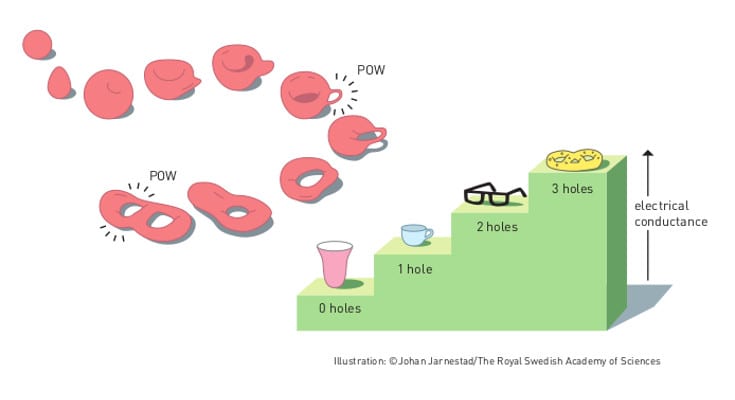 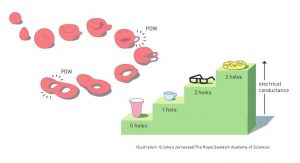 The Royal Swedish Academy of Sciences has decided to award the Nobel Prize in Physics 2016 with one half to David J. Thouless, University of Washington, Seattle, WA, USA, and the other half to F. Duncan M. Haldane, Princeton University, NJ, USA, and J. Michael Kosterlitz, Brown University, Providence, RI, USA, for theoretical discoveries of topological phase transitions and topological phases of matter.

This year’s Laureates opened the door on an unknown world where matter can assume strange states. They have used advanced mathematical methods to study unusual phases, or states, of matter, such as superconductors, superfluids or thin magnetic films. Thanks to their pioneering work, the hunt is now on for new and exotic phases of matter. Many people are hopeful of future applications in both materials science and electronics.

The three Laureates’ use of topological concepts in physics was decisive for their discoveries. Topology is a branch of mathematics that describes properties that only change step-wise. Using topology as a tool, they were able to astound the experts. In the early 1970s, Michael Kosterlitz and David Thouless overturned the then current theory that superconductivity or suprafluidity could not occur in thin layers. They demonstrated that superconductivity could occur at low temperatures and also explained the mechanism, phase transition, that makes superconductivity disappear at higher temperatures.

In the 1980s, Thouless was able to explain a previous experiment with very thin electrically conducting layers in which conductance was precisely measured as integer steps. He showed that these integers were topological in their nature. At around the same time, Duncan Haldane discovered how topological concepts can be used to understand the properties of chains of small magnets found in some materials.

We now know of many topological phases, not only in thin layers and threads, but also in ordinary three-dimensional materials. Over the last decade, this area has boosted frontline research in condensed matter physics, not least because of the hope that topological materials could be used in new generations of electronics and superconductors, or in future quantum computers. Current research is revealing the secrets of matter in the exotic worlds discovered by this year’s Nobel Laureates.

For more information on this year’s laureates, please click here.

How sticky gold could “pull off” the next big thing in semiconductor technology
A breakthrough in nuclear fusion announced
Pioneers in Science: Jagadish Chandra Bose
Black holes take 2020 Nobel prize in physics