Time has come for electric aircraft

Airbus Group is now setting its sights on achieving silent, CO2-free, all-electric flight for both unmanned and passenger aircraft over the next three decades. 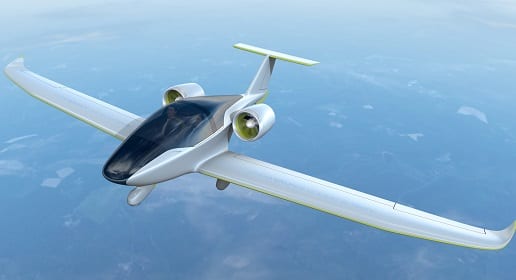 Based on experimental prototypes of all-electric aircraft, Airbus Group has already built the E-Fan Demonstrator, which performed its first public flight in April 2014 at Bordeaux-Merignac airport. The aircraft manufacturer is currently involved in a number of technological programmes whose breakthroughs could eventually also be applied to an all-electric helicopter and a 90-seat-passenger regional airliner with fully electric or hybrid propulsion.

The final aim is to meet the European Commission’s Flightpath 2050 targets for aircraft, which include a 75% reduction in aircraft CO2 emissions from the year 2000 baseline. “We are 20 or 30 years away from developing a big commercial aircraft,” says head of e-aircraft programmes, Detlef Müller-Wiesner. “It’s a question of going one step at a time.”

With a 600-kilogram weight and maximum speed of 160 km/h, E-Fan is the first aircraft with fans to have fully electric propulsion. (Source: Airbus Group)

”There are several electric planes flying today, but they are almost all based on already existing platforms or on the re-engineering of existing aircraft. For E-Fan, we started from scratch to build a completely new electric aircraft. It is fully dedicated to electrical propulsion, in terms of aerodynamics, integration and safety,” underlines Emmanuel Joubert, head of the propulsion system team at Airbus Group Innovations.

Airbus sees the E-Fan as a family of aircraft and has already signed agreements with its partners for the industrialisation phase. The short-term goal is to achieve entry-into-service in late 2017 of a 2.0 two-seat pilot trainer version. This will make it the first all-electric production aircraft in the world certified to international standards by civil airworthiness authorities. The 2.0 version will be followed by the E-Fan 4.0, a four-seater plane targeted for full pilot licensing and the general aviation market.

E-Fan propulsion is provided by two electric motors with a combined power of 60 kilowatts, each driving a ducted, variable pitch fan. But Airbus is also working on another project to develop innovative propulsion systems for future electrical and hybrid aircraft that achieve double digits reduction in fuel burn. Since 2012 the company has been partnering with Rolls-Royce on the Distributed Electrical Aerospace Propulsion (DEAP). The DEAP project team also plans to use superconductivity technology.

The Group’s e-roadmap includes the development of hybrid helicopters and unmanned aerial systems. In this respect, Airbus Defence and Space has developed a scalable prototype with vertical take-off and landing dubbed quad-cruiser, which combines hover capabilities with the cruising speed of an aircraft.