The Risk of Microplastics: Plight or Hype?

Microplastics are synonymous with risks to health and the environment, but how much of this concern is actually justified? 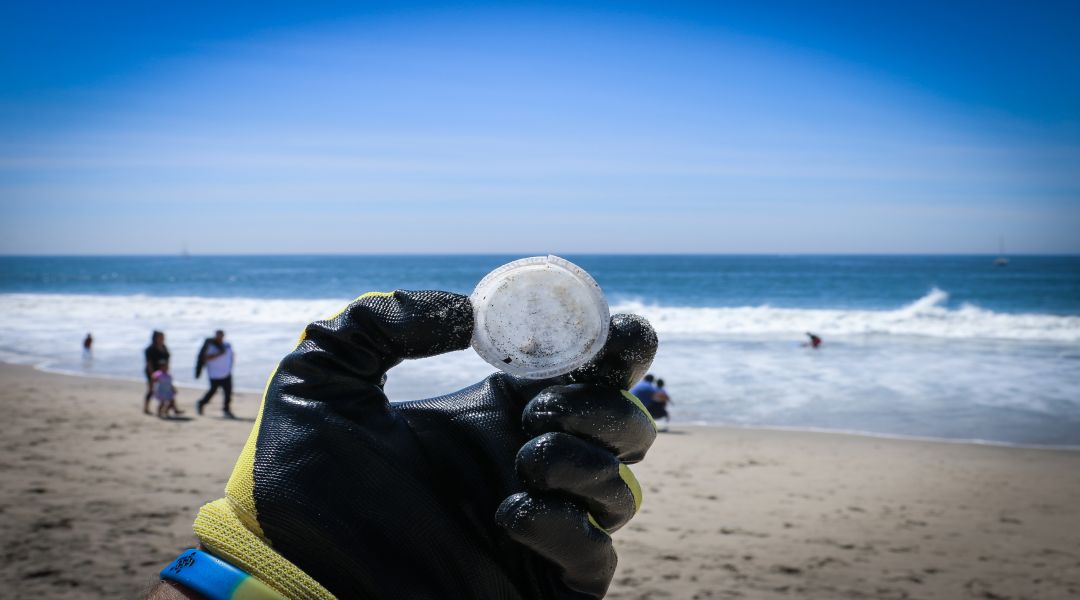 Plastic pollution is a growing concern for its perceived threat to the environment and human health. This public disdain towards throwaway plastic has led to plastic bans and even campaigns (like the one initiated by Greenpeace) that aim to shame corporations such as Nestlé for continuing to produce single-use plastic, which inevitably ends up in unbidden places like the ocean, where marine organisms are at risk of ingesting or becoming entangled in rogue plastic and microplastics contaminate seafood and sea salt, potentially posing a risk to human health.

Despite public perception, however, some scientists have argued that the low levels of microplastics (<5 mm in size) in the environment, along with its low intrinsic toxicity, should not be cause for significant concern. In fact, to date, there is no clear-cut scientific evidence for the environmental risk of microplastics.

This apparent discrepancy in how science and media frame microplastics risk is the topic of a recent study in Global Challenges, in which Dr. Carolin Völker and her colleagues take a close look at scientific articles and online newspapers in order to investigate the controversy.

The researchers selected 464 peer-reviewed scientific articles from journals that routinely publish studies on microplastics in aquatic environments and analyzed their content in terms of the language and images used to frame microplastics risk. The articles ranged in date from 2006 to 2018.

Similarly, a set of search terms relating to microplastics was entered into Google and the results from news sources with a large readership (The Guardian, The New York Times, and HuffPost) along with two tabloids (The Sun and USA Today) were analyzed. Plastic-related topics that dominated the media headlines in the last few years include banning plastic straws and single-use plastic products, China’s ban on importing plastic waste for recycling, and the ban on microbeads in rinse-off personal care products (e.g., toothpaste, face and body scrubs, etc.). Other common narratives such as microplastics in food and beverages and the consumption of microplastics by marine life are also threaded throughout newspaper articles published in the last decade, leading to immense public awareness of the issue.

Völker and her colleagues found that the majority of the scientific articles (67%) frame the risk of microplastics as a hypothetical issue with many uncertainties and open questions, given the relative newness of this field of study. However, 24% of the articles state that a definite risk exists. This divided consensus may be due to scientists having different understandings of risk assessment or concepts of risk itself, or perhaps language barriers or even the pressure to publish play a role.

By contrast, 93% of the news articles communicated that there is a high risk associated with microplastics pollution. There is a tendency for journalists to “popularize” scientific findings in order to strengthen news stories and generate clickbait. This means simplifying the message for readers in such a way that scientific knowledge appears more certain than it actually is—that is, hypotheses are communicated as facts.

Categorizing microplastics risk in the media.

Based on these findings, the authors conclude that a balanced discussion of microplastics that accurately captures the scientific evidence should be presented by the media in order to properly inform the public debate. Encouraging this practice will help to avoid the propagation of “fake news” or sensationalization of low-risk issues that distract from more important ones.

This article is part of a series celebrating World Environment Day 2019.

Amphibians of the American Southwest are in hot water — will they thrive or dive?
Protecting Groundwater Resources During Fracking
The Urgency of Climate Change
DIY eco-friendly fertilizer