The Betentacled One: Soft Robots that Move in Three Dimensions

Soft robotic tentacles that can be manipulated using pressurization have been developed by the Whitesides group at Harvard. 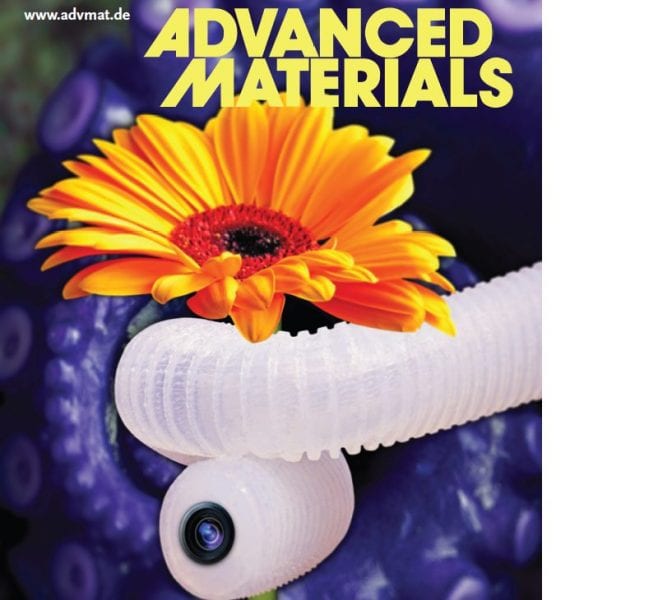 The cover of this issue of Advanced Materials is a little reminiscent of a scene in the 1989 film The Abyss in which the submarine of an underwater research crew is explored by a flexible probe made out of a living column of water. A little creepy, perhaps, but all the more striking an image for it! 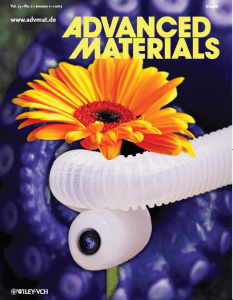 The image illustrates soft robotic tentacles developed by Prof. George M. Whitesides and his co-workers at Harvard University. While hard robots can be highly dexterous, there are some complex 3-D environments that call for a soft, flexible robot, as maneuverable as the tentacles of an octopus. Soft robots based on elastomers can also distribute pressure uniformly over the gripping surface, so that they can handle fragile objects safely.

The authors used embedded pneumatic networks as soft robotic actuators. Using soft lithographic techniques originally developed in microfluidics, pneumatic channels were embedded in elastomeric tentacles. Air was then used to supply energy to the tentacles. The spatial distribution of the channels, which expand under pressurization, controls how the tentacle moves.  Activation of three indistinguishable channels along the arm of the tentacle can manipulate the tentacle in three dimensions. When the tentacle has multiple sections, each having three independent channels supplied with air through a central channel, the tentacle can be made to bend into complex shapes, as shown below.

The authors show some potential applications for these tentacles by incorporating a video camera, a hypodermic needle, and a suction cup onto the tentacle. Light, responsive, and resistant to damage, these soft robots could be operated in hazardous environments and perform complex tasks, perhaps even as underwater probes.