Synthetic polymer could stop the spread of HIV

A precisely designed macromolecule that mimics the binding of HIV to immune system cells could be used to stop the virus from physically entering the body. 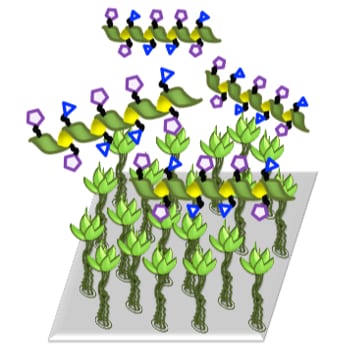 A precisely designed macromolecule that mimics the binding of HIV to immune system cells could be used to stop the virus from physically entering the body, according to a new study led by a materials scientist at Queen Mary University of London.

The researchers created the large molecule with several sugar molecules, known as glycopolymers. By using different sugars attached to the macromolecule in solution, the scientists were able to investigate which sugar molecules were the most effective in inhibiting the potential binding of the virus.

They then measured how the designed macromolecules compete with the virus to bind to the dendritic cells of the immune system at different concentrations.

“These are preliminary but encouraging results for potentially preventing the spread of the HIV by sexual contact,” said Dr Remzi Becer from Queen Mary’s School of Engineering and Materials Science.

“We’ve shown that our synthetic molecule binds to the immune cell, which in turn blocks the virus from attaching and entering. The precisely designed macromolecules could be an ingredient of a condom cream or vaginal gel to act as a physical barrier from allowing the virus into the body.”

Dr Becer added: “While this isn’t a cure for HIV, it is a novel approach that could dramatically slow down the spread of HIV by sexual contact, and a model that could be replicated to treat other sexually transmitted diseases.”