Researchers at Aalto University have developed a geometric surface structure that is able to stop and control the spreading of liquids. 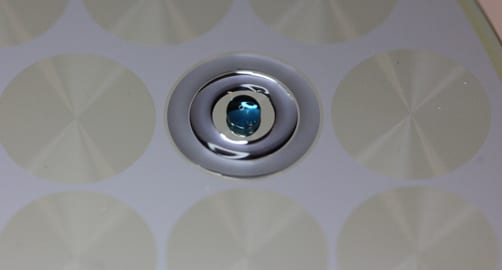 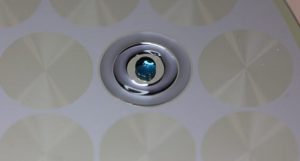 Researchers at Aalto University have developed a purely geometric surface structure that is able to stop and control the spreading of liquids on different types of surfaces. The structure has an undercut edge that works for all types of liquids, irrespective of their surface tension.

By using the edges, liquid droplets can be confined and patterned on the surface in defined forms, such as circles.

’Patterning liquids into well-controlled circles is essential in applications such as the production of lenses that begin in liquid form and are then cured. Circular-patterned edges enable the production of lenses of different sizes and different curvatures, while preserving the perfectly circular form of the lens,’ says doctoral candidate Ville Liimatainen who is a member of the micro- and nanorobotics research group.

According to the method developed by researchers, the effect of the edge structure on controlling liquids is based purely on geometry. The chemical properties of the surface are not altered in any way during the production process, so the structure can be used on many different materials, such as silicon, glass or metal.

With the help of the structure, liquid can also be guided by the edges in a desired direction on the surface. The structure can even be used to guide surface microflows. They can be used in lab-on-a-chip applications, where chemical reactions between liquids, for example, are studied in a “laboratory” built on a tiny chip.

’These kinds of measurements often involve the guidance of very small fluid flows in microchannels. The channels we designed are like aqueducts without walls. In those channels, liquids with low surface tension spread even without the help of gravity,’ explains Liimatainen.

’In the future, we could be able to use these types of surfaces for applications such as guiding rainwater on the outside of buildings,’ he illustrates.

Controlling liquid spreading is also critical in droplet-based microfluidics, in channels using capillary action, in the screening of biological samples and in the self-assembly of microchips.