New evidence suggests that an exoplanet discovered in 2015 has interior conditions that could support the existence of life. 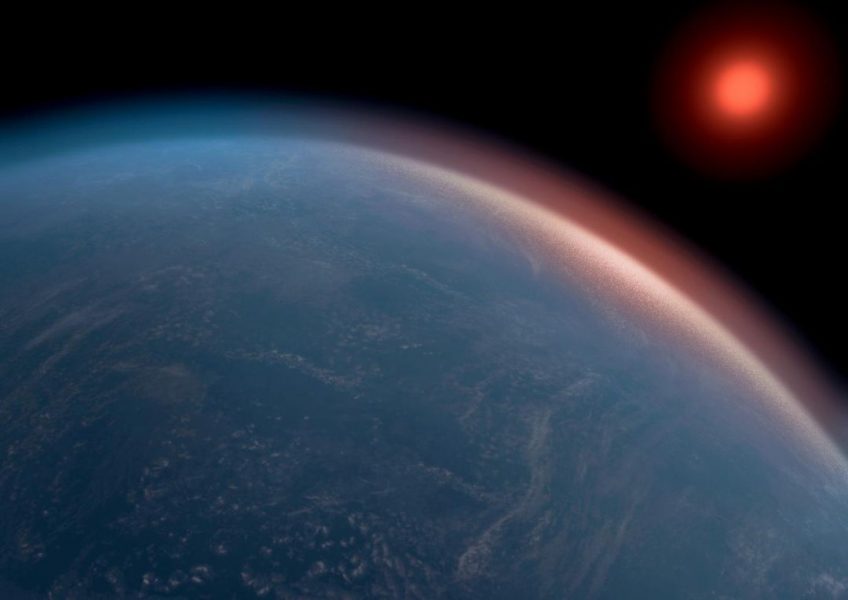 The possibility of extraterrestrial life has fascinated philosophers, astronomers, and astrophysicists throughout history, but the advanced telescopes needed to search for exoplanets — planets that orbit stars outside the solar system — have only been developed in relatively recent times, as in, a few decades ago.

Since this time, thousands of exoplanets have been identified, and using computational models and statistical methods, the atmospheres of some of them have been estimated.

One of these exoplanets, K2-18b, is 124 light-years away from Earth. Having 2.6 times the radius and 8.6 times the mass of our planet, K2-18b is a “super Earth,” a term used to refer to planets larger than Earth but smaller than Neptune. The exoplanet orbits its star within the habitable zone, where temperatures support the potential existence of liquid water.

But whether liquid water actually exists in the planet’s interior had been in question until recently.

A team led by Dr. Nikku Madhusudhan, an expert in exoplanetary science at Cambridge’s Institute of Astronomy, has elucidated the composition of both the atmosphere and interior of K2-18b in order to determine whether the planet can support life.

Through their calculations based on existing data, they found that although the planet has a large, hydrogen-rich envelope, a significant amount of water vapor is also present in the atmosphere, along with lower-than-expected levels of methane and ammonia.

The researchers then used this data to model the interior of the planet, coming up with a range of possibilities that support the existence of water below the atmosphere at conditions that resemble Earth’s oceans.

With these new insights into K2-18b, the researchers have launched the search for life on exoplanets with bio-signatures that do not necessarily resemble Earth in their size or structure.