A new eco-friendly vodka, created for the first time using the hydrogenation of carbon dioxide to make ethanol. 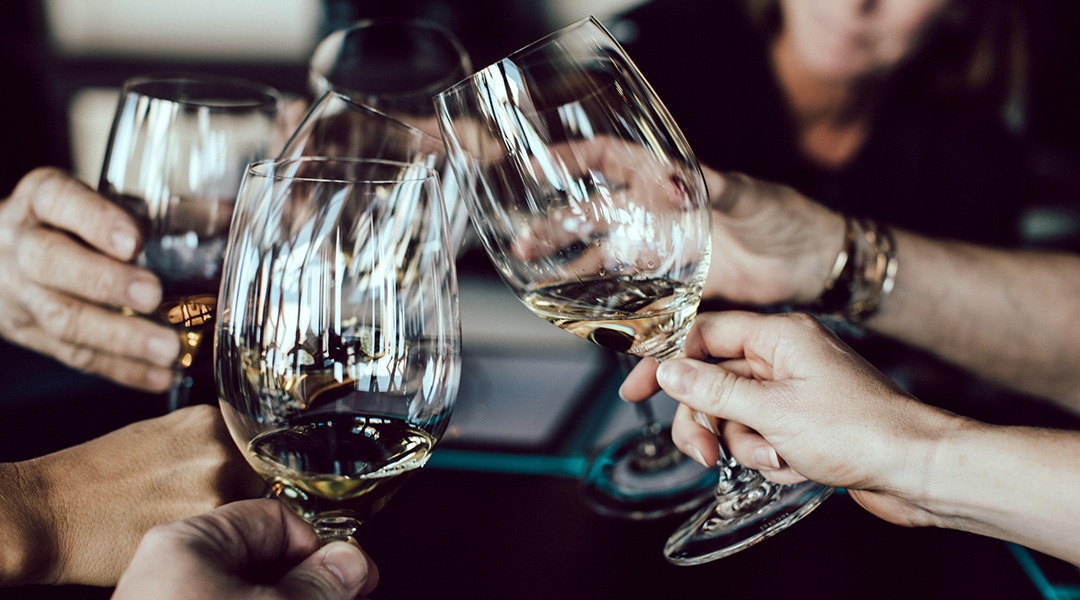 In a global effort to discover innovative and practical solutions to greenhouse gas-induced climate change, a number of novel chemistry and engineering approaches have emerged that enable CO2 to be recycled into a cornucopia of products ranging from plastics and pharmaceuticals, to fertilizers and concrete, and even aviation and clean diesel fuels.

While not a panacea for the 40 gigatons of CO2 injected annually into the earth’s atmosphere, successful implementation of all technologies for converting CO2 to value-added products could reduce emissions by about 5%.

There has emerged, however, one particularly innovative, and perhaps “happier”, solution to our climate change problem: eco-friendly vodka made from CO2 and H2O—an interesting new approach to reducing greenhouse gas emissions. Let’s drink to that!

This intoxicating notion has recently gained momentum in the form of a legal distillery christened Air Co., a start-up company located and operating out of Brooklyn, run by two young entrepreneurial visionaries, scientists, and businessmen, Stafford Sheehan and Gregory Constantine.

This eco-friendly vodka, created for the first time in a fermentation-free process via the heterogeneous catalytic hydrogenation of CO2 to C2H5OH (ethanol), is beginning to permeate its local sustainability-friendly liquor stores, restaurants, and bars. This is triumphant story of chemistry and engineering, and an impressive example of human passion, ingenuity, and perseverance by two young entrepreneurs who have imagined and created a sustainable new genre of vodka that stands out among its long line of historical predecessors.

This particular breakthrough in carbon dioxide utilization is an extraordinary feat of creativity and resourcefulness when viewed in the historical context of the vodka-belt Northern, Central, and Eastern European countries. These nations have traditionally been the innovators, producers, and major consumers of a myriad vodka varieties, the origins, development, and industrialization of which can be traced back to the early middle ages.

The story of Air Co. begins with research and development performed by Stafford Sheehan on a highly active and selective heterogeneous catalyst that, in laboratory-scale demonstrations, efficiently produced ethanol from CO2 and H2. This proprietary catalyst contains no precious metals and the company has successfully scaled its catalyst production to tens of kilograms for use in their pilot plant.

The CO2-reduction process has been optimized to produce ethanol of sufficiently high purity to be used in innumerable high-value consumer products, including beverages, foods, cosmetics, pharmaceuticals, flavors, and fragrances.

One of the advantages of their process, which builds C2H5OH from CO2 and H2 rather than breaking down sugars (as does yeast during conventional fermentation), is a lower yield of C3–5 alcohols (propanol, butanol, and pentanol).

Notably, several C3-5 alcohols form azeotropes with water, whose mole fraction cannot be altered by distillation and whose boiling points are very similar to that of desired C2H5OH-H2O azeotrope; this makes their separation by distillation very challenging. Since CO2 hydrogenation produces fewer of these higher alcohols than fermentation, the Air Co. process actually stands to produce a purer C2H5OH than most conventional distilleries.

The major technological, commercialization, and regulation challenges faced by Stafford Sheehan and his business partner Gregory Constantine were, of course, scaling the catalytic process from laboratory demonstrator units to a pilot plant, and taking the first product to the marketplace via a profitable business model that did not violate existing liquor laws in the State of New York.

Beginning with independent catalyst performance verification and engineering support from Emerging Fuels Technology, as well as full process catalyst and reactor design, implementation, and testing by Zeton, the first pilot plant, which is able to deliver 1 L per day of pure ethanol, has been put into practice and is now operating at Air Co.

Attractively, the CO2 feedstock used in this process comes from the fermentation of sugars by traditional alcohol producers and the H2 feedstock is generated by an on-site electrolyser in the Air Co. distillery that is powered by off-site solar photovoltaics. Thus, a natural solution to an unnatural CO2 problem has been created!

The fact that the vodka produced by Air Co. is genuinely “green” and eco-friendly will not only be enough incentive to attract environmentally responsible liquor stores, restaurants, and bars who care about the health and well being of life on our planet earth, but will also make connoisseurs of the beverage extremely happy and content in the process!

In the spirit of the holiday season, some final thoughts on the global spirits market. In 2018, the revenue from the spirits segment was about US $442,576 M, which derived from around 30 gigalitre consumption. This market is projected to show an annual growth of 3.2% over the next five years. Interestingly, the share of this 2018 revenue in China was around US $134,455 M.

Over the global population, each person generated a revenue of roughly US $60.05, with an average consumption of 4.5 litres in 2018. A life cycle analysis puts the CO2 emissions per liter of most of today’s spirits at 6 kg CO2, which is equivalent to 180 Mega tonnes of greenhouse gas.

If the conversion of CO2 and H2 to ethanol in the Air Co. process is about 80%, this implies 1.4 kg CO2 is utilized in every kilogram of ethanol. One can estimate the greenhouse gas reduction potential of the full spirit industry alone of around 40 tons per year, which amounts to 0.1% of the 40 gigatons of CO2 injected annually into the earth’s atmosphere, so pretty small beer! Nevertheless, an even larger greenhouse gas reduction is expected by offsetting existing spirits production and producing spirits in a decentralized manner and in cities which minimizes transportation of product.

This high proof liquor is a significant milestone as it is tangible proof that a CO2 utilization process can be commercialized. Looks like we can expect to spend plenty of happy hours with CO2 in the years ahead.

Can Microalgae Make Martians of Humankind?
Thoughts on materials discovery at the human-machine interface
No, the human brain did not shrink
Is your work not novel enough?