To address unknown quantum gravitational effects in the early universe, physicists have recruited string theory to help solve the problem. 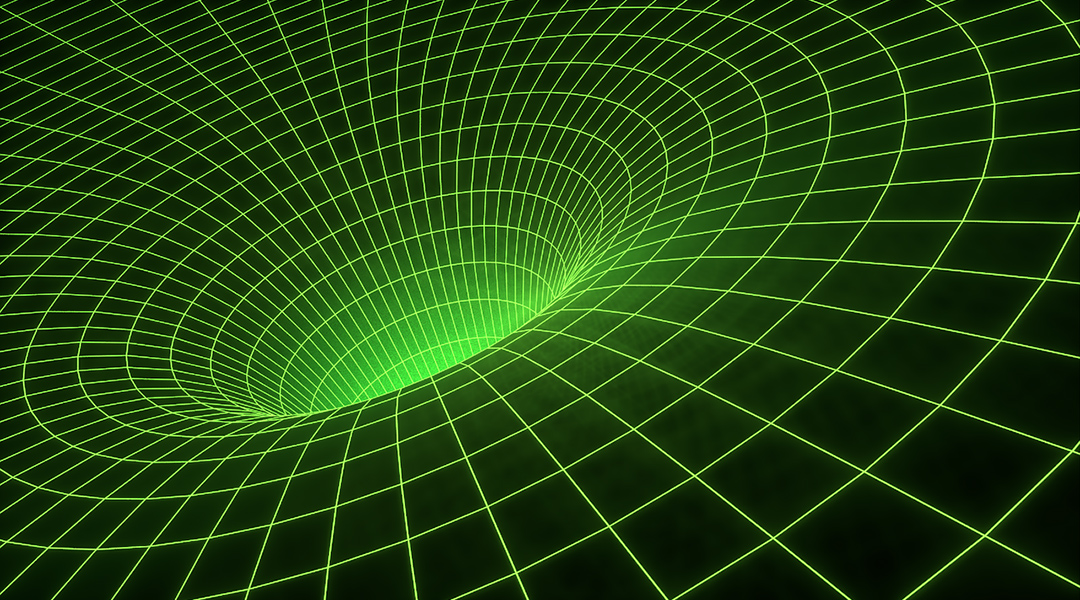 We know that the universe is expanding, and our understanding of nature based on general relativity and the Standard Model of elementary particles is consistent with this observation. However, these theories of particles and their interactions break down when we try to apply them to the physical phenomena that occurred in the first moments following the Big Bang — preventing us from reaching a complete understanding of the evolution of the universe.

Our theories fail because the temperature and density of matter just after the Big Bang were so high that a concept called quantum gravity is required to describe the physical processes that took place. The problem is that this theory requires a unification of general relativity and quantum mechanics. Though this has not yet been fully understood, there are some viable candidates for a theory of quantum gravity, such as string theory.

To address the problem of unknown quantum gravitational effects in the early universe, a team of theoretical physicists from Japan applied a string theory-inspired technique known as holographic duality. This allowed them to perform calculations using familiar methods of elementary particle physics rather than an impossibly complex computation usually required in quantum gravity applications.

The most difficult problem one encounters on the way to finding a correct theory of quantum gravity is a lack of experimental data. Fundamental interactions are usually studied with elementary particle accelerators, which smash together beams of particles moving at velocities close to the speed of light. From the velocities of the particles born in these collisions and the angles at which they leave, scientists can extract valuable information about their fundamental interactions.

The key issue here is that the gravitational effects in most elementary particle interactions are negligible (though not under the extreme conditions in the early universe!), and they cannot be measured using modern accelerators. For example, the gravitational attraction between two electrons is more than 42 orders of magnitude weaker than the electromagnetic repulsion between them. Because of this, studies of quantum gravity have so far been only theoretical.

For decades, the most promising approach to quantum gravity has been string theory, the main postulate of which is that elementary particles are not point-like, but are tiny, oscillating strings. Unique vibrational modes of these strings gives rise to a different elementary particle, such as electrons, quarks, and yet-to-be observed gravitons, which should mediate gravitational interactions similar to how photons mediate electromagnetic interactions.

Unfortunately, our current understanding of string theory is incomplete and doesn’t allow us to study many quantum gravitational effects quantitatively.

Although string theory has not yet reached its full potential, research in this area has led to the development of many theoretical tools that can be used outside of it. The most radical and powerful, although not fully proven, is known as holographic duality or correspondence.

The holographic hypothesis claims that events inside a region of space that involve quantum gravity and are described by string theory can also be described by a gravity-free quantum theory defined on the surface of that region. The latter theory is sufficiently easier to deal with, and we have learned much about theories of this type by studying electromagnetic, weak, and strong interactions.

The existence of this duality means that for every measurable quantity in quantum gravitational theory there must be an analogue in the gravity-free alternative. The validity of holographic duality has been verified by hundreds of research papers through direct calculations of various quantities on both sides of the duality.

Since 1997, when the first version of holographic correspondence was proposed by Juan Maldacena, many more pairs of theories connected by this equivalence have been discovered and analyzed, but the rule that a higher-dimensional space includes gravity and a lower-dimensional one does not always remains satisfied.

Some of these theories of quantum gravity are known to be related to string theory, whereas the connection between the rest with strings has not yet been uncovered but is usually believed to exist.

Studying the expanding universe with holography

An unfortunate feature of the holographic approach in studying quantum gravity in the real world is that in most known examples of the duality, the higher-dimensional theory mathematically describes quantum gravity in what is called anti-de Sitter space, which doesn’t look like our expanding universe, and whose geometry corresponds to what mathematicians call “de Sitter space.”

The remarkable achievement of the new study is that the authors were able to find a non-gravitational theory equivalent to quantum gravity in a universe that is quite similar to our own. The most important difference is that it has only three dimensions — two spatial directions and one time — unlike our own universe, which is four-dimensional (three space dimensions and one time dimension).

“Gravity in three dimensions is much simpler than in four,” said Tadashi Takayanagi, a professor at the Yukawa Institute for Theoretical Physics and one of the authors of the study. “However, we believe the basic mechanism of how the holography works in de Sitter space should not depend on the dimension.”

The new theory is proposed as an equivalent to quantum gravity in a lower-dimensional expanding universe defined in one spatial and one temporal dimension, known as the Wess-Zumino-Witten model.

Although the three-dimensional universe they deal with is not exactly like ours, the authors think that their work is an important step towards understanding quantum gravity in the real world.

“Since we do not know at all the basic mechanisms of how the holography in de Sitter spaces works, it is useful to start with constructing the most simple example, as we did in this work,” said Takayanagi. “At the same time, this helps us to verify whether a holographic duality exists for de Sitter spaces or not. Moreover, in our simple mode, we can take into account quantum corrections [to general relativity].”

As is usual in this branch of theoretical physics, the scientists haven’t proven the duality because to do so, they would have to compute all possible physical quantities on both sides of the correspondence and compare the results. Instead, they computed some, and found an exact match from which they concluded that their guess was correct.

Most of the authors’ calculations ignored quantum effects on the gravitational side of duality and taking them into account will be the course of future work. If the scientists are successful in this, they plan to generalize their results and apply them to our four-dimensional universe.

“If we can understand this question from our three-dimensional example, we hope
we can generalize the results to higher dimensions and finally challenge the
problem of explaining the emergence of our four-dimensional universe,” concluded Takayanagi.

The three colors of hydrogen
The best of both worlds: Connecting paper books to digital media
Hybrid conferences, a happy medium
This month in pictures: March