In response to stress, cells must quickly reprogram gene expression to adapt and survive. This is achieved in part by altering levels of mRNAs and their translation into proteins. 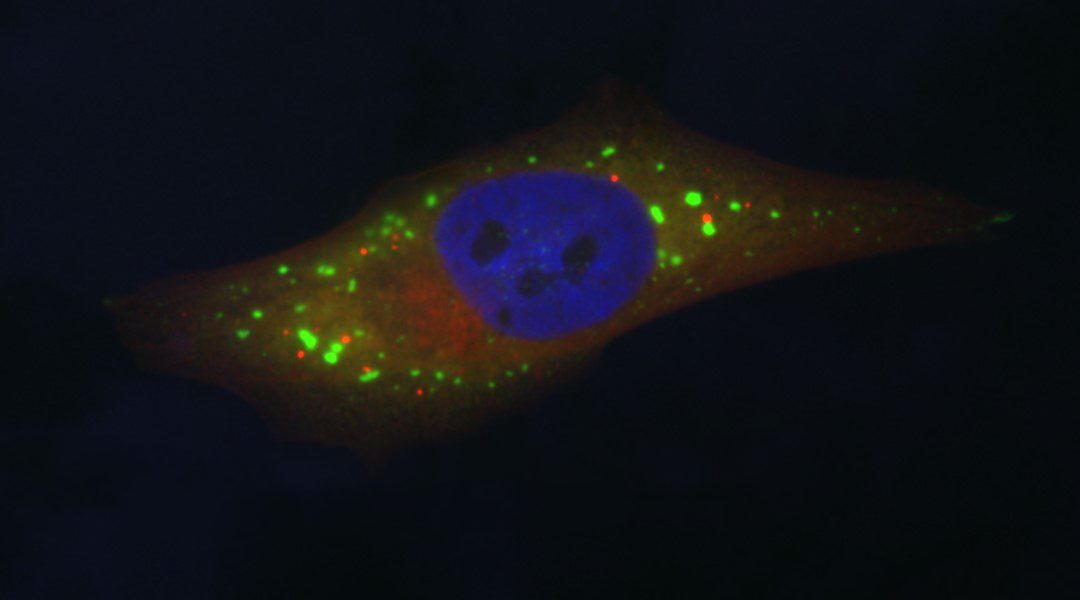 Cytoplasmic interactions between RNAs and proteins are fundamental to the regulation of gene expression across eukaryotic organisms. During times of environmental stress, hundreds of RNAs and proteins condense and interact to form concentrated, microscopically visible foci that are commonly referred to as membraneless organelles or granules. Two types of these granules, named processing bodies (P-bodies or PBs) and stress granules (SGs), are of emergent interest to researchers who study mechanisms of gene expression regulation. They are sites of complex interactions between proteins and RNAs and form in response to a broad array of environmental stresses. 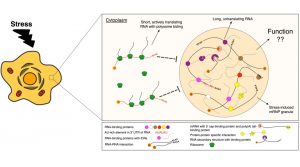 Over the past several years a recent surge in research focused on stress-induced granules has enabled a better understanding of the proteins and RNAs that make up SGs and PBs, as well as the biophysical characteristics that underlie their formation.

PBs and SGs form through a physical process called liquid-liquid phase separation (LLPS) that leaves the concentration of proteins and RNAs within these granules greater than that of the general cytoplasm. They are composed of hundreds of proteins, particularly RNA-binding proteins (RBPs), and the vast majority of their RNA content is composed of messenger RNAs (mRNAs).

Traditionally, it was thought that PBs function as active hubs of mRNA decay though this view has been challenged and many consider a more passive, storage-based role for these granules. The role of SGs has remained more speculative.

It is well established that translation of new proteins is greatly reduced during stress, which has led to suggestions that SGs might also act as storage compartments for mRNAs that are primed for re-initiation of translation upon stress cessation.

It has also been reported that functional SGs and PBs are beneficial for cell health and survivability while aberrant SGs and PBs are associated with various types of neurodegenerative diseases such as amyotrophic lateral sclerosis (ALS) and frontotemporal dementia (FTD) as well as cancer. However, despite this progress, the function and phenotypic consequences of these granules during stress response remains unclear.

As described by Yang Sophie Chen, Anna Guzikowski, and Brian Zid in their review in WIREs RNA, a number of distinct directions may prove fruitful in elucidating the function of these stress-induced mRNP granules such as in vitro reconstitution and in vivo single-molecule measurements. Combinations of these approaches will likely help shed light on the elusive function of PBs and SGs and ultimately inform our understanding of their cellular function during stress, potentially offering insight into disease states linked to aberrant stress response and granule assembly.

A logic circuit made from DNA
Understanding consciousness: researchers identify key neural structures
Business as usual … on the edge: Neuronal outgrowths do their own maintenance
Making MRIs Safer