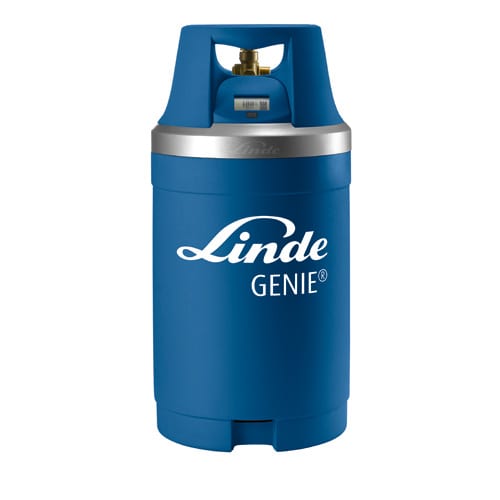 Recently, Linde Gases, a division of the Linde Group, developed a new range of gas cylinders called GENIE. According to the company, the new gas cylinders represent a significant departure from traditional steel cylinders. The lightweight, greater volume and easily portable cylinder design incorporates new features, including in-built digital intelligence, regulators and a range of accessories. 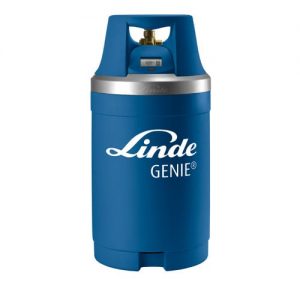 Linde primarily developed the new gas cylinders for low volume and highly mobile gas users. These include a wide range of compressed and liquid gases applications: analysis in laboratories, welding in auto repair shops or in remote locations such as farms and railways, or for engineering contractors in HVAC (heating, ventilation and air conditioning), plumbers and other contractors on the move. The company hopes that the new cylinder will transform gas usage for other less industrial applications including those within the events and hospitality markets and artisan and craft industries.

The new cylinder comprises of a steel lined, carbon fibre wrapped pressure vessel encased within a High Density Polyethylene (HDPE) jacket. It is significantly lighter than steel cylinders and has a different appearance from any previous compressed gas cylinder design. The new gas packages currently come in a range of pressures, including a greater volume 300 bar version which has 30 percent more capacity than its standard 200 bar steel counterpart.

The novel cylinder will be available in several European countries in 2012. Further international availability will be announced at a later date. It is available in three sizes suitable for different gases and mixtures including argon, shielding gases, nitrogen, helium, carbon dioxide (CO2), refrigerants and liquid petroleum gas (LPG).

Linde told that they offer GENIE also with built-in, user-friendly intelligence. This provides the user not only with information on contents, but usefully converting scientific units into meaningful measurements in relation to the users’ specific task. Examples are cylinder containing argon, how many minutes of welding time are left, or for one containing helium: how many balloons can be filled. All data is communicated by an integrated digital display and provides the user with increased accuracy for their gas application.

The cylinder’s lightweight, wide-diameter construction allows for good portability as well as considerably enhanced safety. The small and medium sized cylinders can be picked up comfortably, while all three cylinders sizes, including the larger version, cannot easily be knocked over. Additionally, Linde offers a range of proprietary accessories such as a rugged wheel base and extendable handle to make transportation across longer distances easier, mitigating strain on the user.

Linde is sure that the new carbon fibre vessel is environmentally friendly as all materials used in the construction are fully recyclable. GENIE is also refillable which sets it apart from disposable cylinders often used for low volume applications. The lightweight, stackable cylinders will help to reduce fuel consumption and emissions during deliveries.