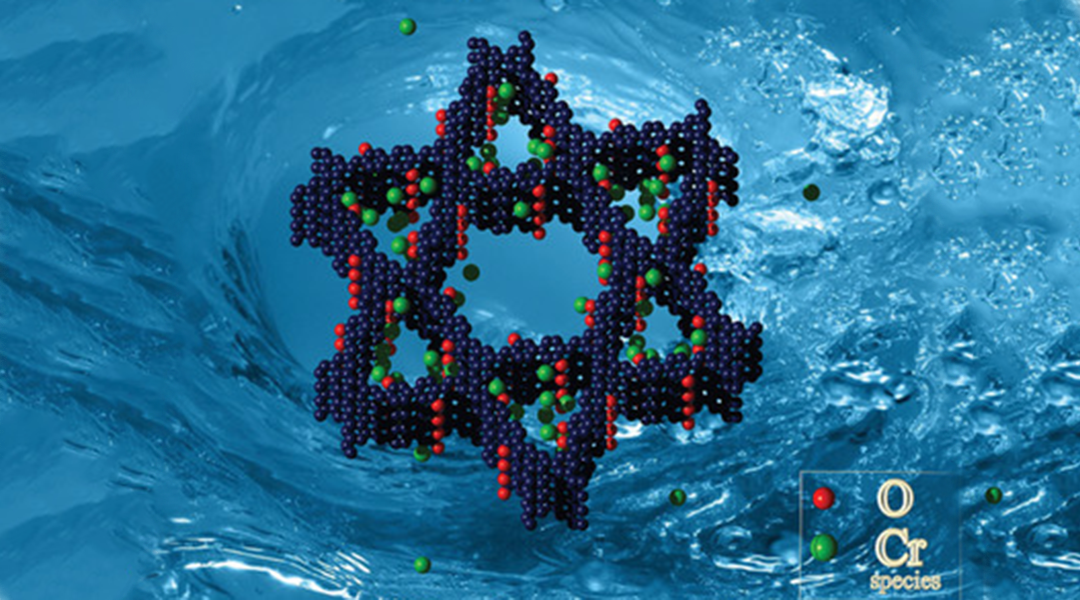 Hexavalent chromium—or Cr(VI)—is a carcinogen, which is found in tobacco smoke. Unfortunately, however, Cr(VI) is also a common by-product in a number of industries; from electroplating to mining, leather tanning to printing, pigment manufacturing, and processes such as polishing and rust prevention.

From these processes, Cr(VI) in effluent wastewater inevitably end up contaminating natural water sources and our drinking water. In some cases, such contamination can easily be prevented, if not for lax policies of industrial policy, or outright negligence. For example, waste Cr(VI) makes it into some countries’ food supplies via contaminated animal feed, or through safety breaches resulting in chemical spills in urban areas. These processes and events pose a two-pronged risk; one to environmental protection, and one to human health.

The United States’ Environmental Protection Agency (US EPA) sets a legal threshold of 100 µg of Cr(VI) per liter of drinking water, whereas the World Health Organisation (WHO) sets a stricter limit of 50 µg. This of course has led to methods already in existence to remove Cr(VI) from wastewater, before it makes it into the environment and water supplies; but these have undesirable drawbacks relating to cost, efficiency, and long drawn-out processes.

Covalent organic frameworks (COFs) on the other hand, offer a promising route away from these negative aspects of contemporary waste management methods. COFs are organic, crystalline, porous materials, which have already demonstrated successful removal of other heavy metals such as mercury, arsenic, neodymium, and cadmium, from water. 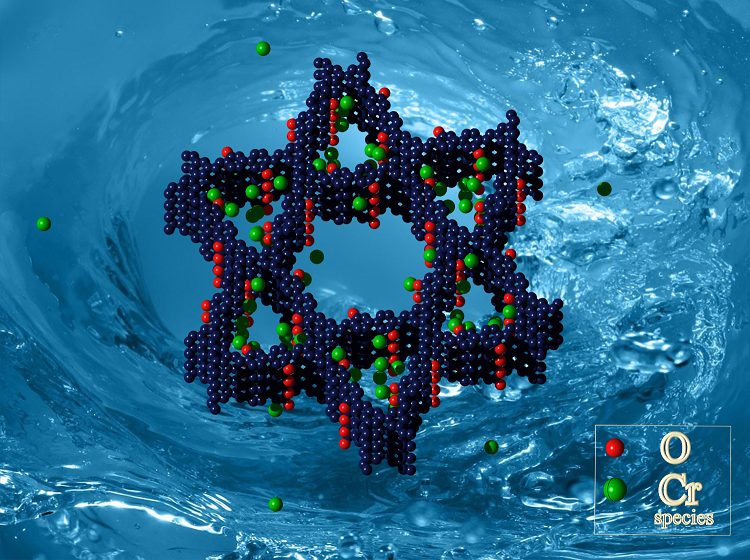 Researchers from Hunan University and the Chinese Academy of Sciences have extended the use of COFs to deal with the problems facing efficient removal of Cr(VI) in wastewater. The pores in their COF are Kagome-like in structure—or, if geometrical terminology is not your forté, that’s similar in shape to the Star of David—which is shown in the figure to the left. The bulk of the framework is made up of this carbon- and nitrogen-based Kagome-lattice, with intermittent OH groups (red oxygen atoms in the figure), to create pores big enough to filter through and capture chromium ions (green atoms in the figure).

This COF is stable at room temperature, and appears to adsorb more Cr(VI) at lower pHs. This favors practical applications, since most Cr(VI)-containing industrial effluent is acidic.

Furthermore, the COF has the ability to adsorb a lot of Cr(VI) very quickly, and continues to adsorb more over a relatively short period of time.

The authors hope that their material can contribute to the budding science of COF chemistry, and importantly, to the ever-important field of sustainable, efficient, eco-friendly waste management across a variety of industrial sectors.

Water, reciprocity, and the anthropocene in the Himalayas
Talking CO2 in the midst of a pandemic
Why it's important to save parasites
Absolute zero: A counter-intuitive energy transition