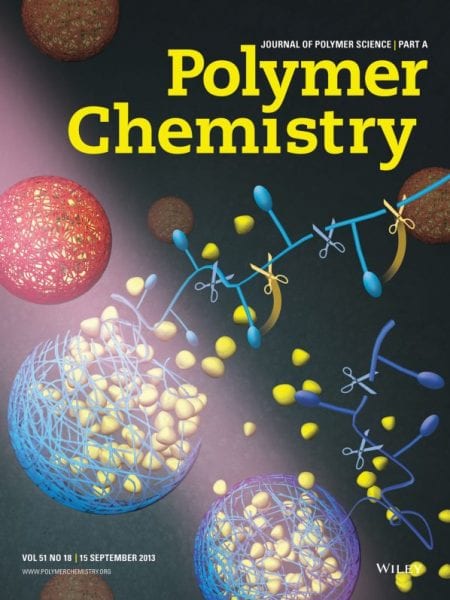 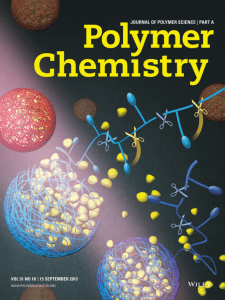 Polymer disassembly is critical in the medical and “green” industries. However, since slow degradation limits the range of applications, researchers are looking to make chemical modifications to allow for stimulus-activated disassembly. Adah Almutairi and collaborators synthesized a poly(ester amide) containing protected ornithine side chains. The light-sensitive ornithine protecting groups degrade upon irradiation providing a rapid degradation mechanism for sensitive applications such as drug delivery and electronics.

Benzoxazine-based materials provide excellent mechanical strength, thermal stability, and durability in a humid environment. Takeshi Endo and colleagues report 1:2 addition of a bifunctional 2-methylresorcinol nucleophile and a bifunctional benzoxazine. As compared to ring-opening polymerization of benzoxazines which demands a high-temperature, this reaction proceeds at an ambient temperature. The resulting polyaddition system exhibited improved heat resistance due to thermally induced crosslinking.

Volatile organic compounds, typically found in coatings and paints, have a negative impact on the atmosphere and human health. Wayne Hayes and associates employed hyperbranched polymers with terminal carboxylic acid groups towards use in environmentally friendly paint formulations. Hyperbranched polymers contain a greater number of surface functional groups and exhibit lower viscosities, which are desirable in coating applications. The generated polymers were insoluble in nonpolar solvents and synthesized from inexpensive and renewable materials allowing for an industrial scale production of quick drying coatings.