A re-usable sponge can capture and recover crude oil droplets from cold water to generate clean water in a fragile ecosystem. 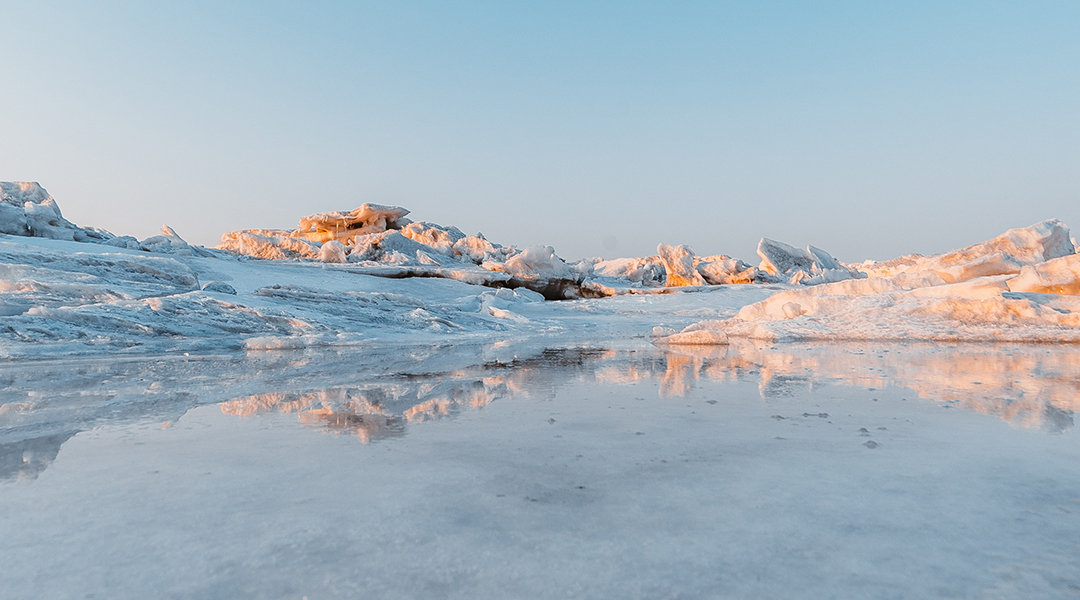 After ten years, the Deepwater Horizon oil spills cleaning efforts are still struggling to remove crude oil droplets from the contaminated water. The removal of oil droplets from wastewater is even more challenging in the Arctic, where an estimated 13% of the world’s undiscovered fossil fuel reserves exist. In the Arctic region, due to ultra-cold temperatures, the crude oil’s viscosity increases, causing oil/water mixtures to become a gel, which poses removal challenges.

Currently, the Arctic oil spills are cleaned by burning or melting the crude oil (warming it from 5ºC to 90ºC) then collecting it from the spill site using secondary methods. This is because as the temperature lowers, the heavier organic compounds in the oil, known as paraffin waxes, precipitate from the crude oil as liquid and solid crystals that accumulate at the droplet’s surface or the oil/water interface. These wax crystals have a preference to join together in an attempt to become stable, pulling surrounding oil droplets along and forming oil-in-water-in-oil mixtures — known as double emulsions and gels — cannot be separated without investing energy.

These onsite heating strategies are far from perfect and could dissolve or evaporate the volatile organics found in the crude oil, causing further damage to the environment. Developing strategies that are better for the environment and more effective at collecting crude oil without having to heat it are sorely needed.

Oil-collecting sponges have been proposed as an alternative, and one that adapts to the crude oil’s environment-dependent properties could offer a simple solution in capturing and recovering oil droplets.

This problem was recently solved with a new wax wetting sponge that takes advantage of the variations in crude oil microstructures, which change with temperature. The concept takes advantage of the fact that he sticky wax crystals at the droplets’ surface can easily attach to other surfaces with a similar chemical structure.  Therefore, a sponge with paraffin wax-like groups could capture the oil droplets, double emulsions, and gels by sticking to their surface waxes, like matching Lego bricks, despite the low temperatures of wastewater.

Once the optimal wax chemistry was established, the silicon nanocrystals were capped with paraffin wax-like octadecyl ligands and were coated onto the commercial polyurethane sponges. Due to their mutual attraction, the wax-wetting sponge could collect oil droplets from wastewater with temperatures ranging from 5ºC to 40 ºC with 95-99% efficiency within three hours. The oil-soaked sponges can be cleaned within seconds by washing them with mild solvents that are safe to use at an industrial scale, and reused. In fact, they could remove crude oil droplets from the contaminated water ten times without comprising performance.

This approach generates clean water, collects reusable crude oil, and reuses the sponge, all without any preheating. If it reaches commercialization, it could have dramatic environmental, energy, and economic impacts in solving Arctic oil spill reclamation challenges. Currently, the research team is working on scaling up the sponges to treat a wide variety of crude oils contaminated water using a filtration device.