Spider Made Biopolymer for Medical Applications 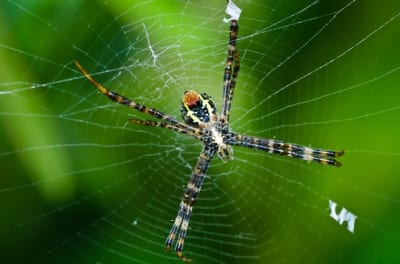 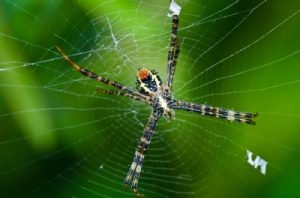 Silks are protein-based fibers, produced by several insects including silkworms and spiders. Spider silk has been investigated for decades due to the intriguing mechanical properties. Its low or zero immune-reactivity, the absence of toxicity, and slow biodegradability when in contact with the human body, also make silk an attractive biomaterial. Although several silks present good properties for cell culture, one potential draw-back of silk polymers is their weak interaction with cells.

In order to improve cell attachment to scaffolds made of silk proteins, the primary structure of silk proteins has been chemically or genetically modified using specific domains for cell attachment. Alternatively, silk scaffold surfaces have been treated with O2 or CH4 plasma. Since cell attachment is a phenomenon highly dependent on the morphological characteristics of a scaffold’s surface, cell anchorage can also be supported by generating defined surface topographies.

A Group of researchers at the University of Bayreuth, Germany, characterized different scaffolds made of the recombinant spider silk protein eADF4(C16) in terms of their surface interactions with fibroblasts. They compared cell adhesion and proliferation on films, hydrogels and non-woven scaffolds made of the engineered spider silk protein. Since all tested scaffolds were based on the identical polymer, most chemical properties were identical amongst the different surfaces.

The German researchers started their investigations analyzing the adhesion of BALB/3T3 mouse fibroblasts on films and hydrogels. In both cases, they detected significantly less fibroblast adhesion in comparison to adhesion on cell culture plates. However, in contrast to hydrogels and films, non-woven scaffolds made of eADF4(C16) show good cell adhesion and fast proliferation.

These findings are a first step towards determining the best possible silk morphology for desired applications in the field of biomedical research and regenerative medicine. Further studies to enhance cell attachment to scaffolds made of eADF4(C16) are currently in progress, such as the modification of the spider silk protein with RGD sequences.