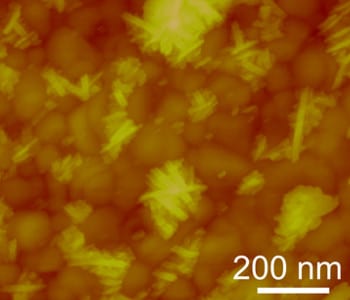 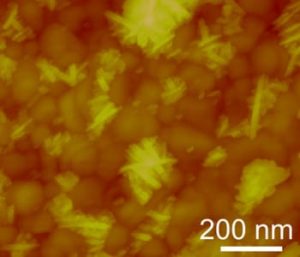 The quickly expanding electrical energy storage market requires new devices to power everything, from electronics to electric cars. Electrochemical capacitors, also called supercapacitors, which are expected to become a $5B market by 2015 according to the IDTechEx forecast, use activated carbon to store charge by adsorption of ions in pores. Introduction of new materials with high electrical conductivity and high specific surface is needed to further enhance capacitance of devices.

Now, an entirely new family of conductive two-dimensional carbides and nitrides (MXenes, where M stands for an early transition metal and X stands for carbon or nitrogen) with every crystal having the thickness of just about 1 nanometer (~ 50,000 times thinner than a human hair) has just been reported in Advanced Energy Materials.

Ti3C2 MXene shows a very high capacitance in aqueous salt solutions, having a low accessible surface area. The researchers explains this paradox by cationic insertion between atomically thin MXene layers, accompanied by significant deformation of the MXene particles that occurs so rapidly so as to resemble two-dimensional ion adsorption at solid-electrolyte interfaces in activated carbon or graphene. Li, Na, K, Cs, Mg, Ca, Ba, and organic cations can be reversible inserted between MXene layers. By using a new in situ quartz-crystal microbalance technique with dissipation monitoring the authors found and quantified the phenomenon of potential-dependent deformational waves in MXene caused by insertion of ions during charging/discharging. To put it another way, MXene electrodes “breathe” when charged and discharged allowing even fairly large ions to penetrate between the layers and store an increased amount of charge.