Solar chemicals and fuels in the dark 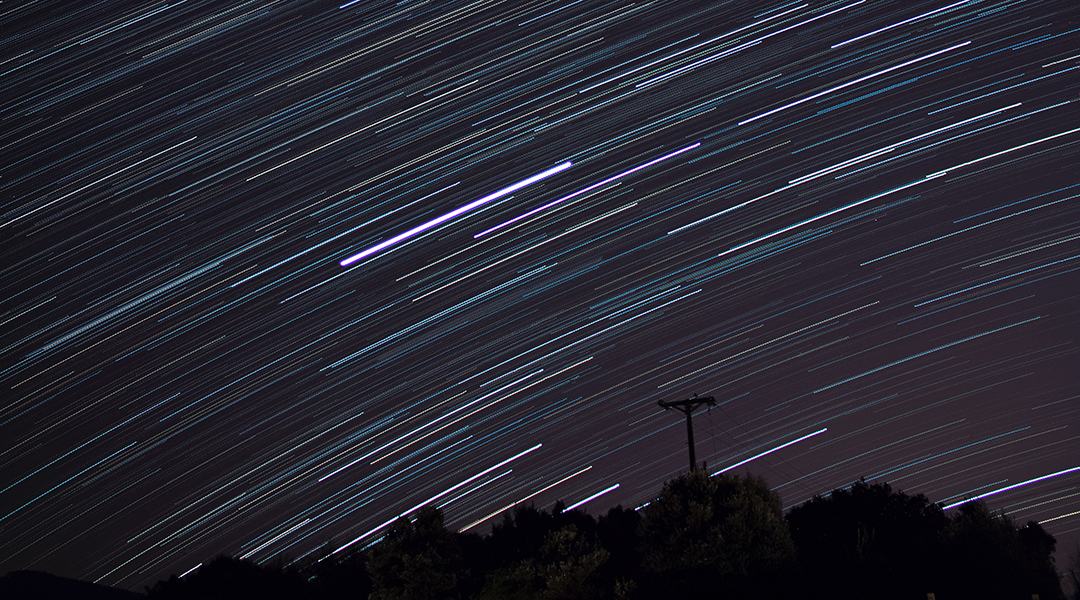 Imagine being able to run solar powered conversion of CO2 to solar chemicals and fuels without interference from clouds or after the sun sets. Sounds impossible, like the dream of perpetual motion. However, it turns out that this is in fact possible because of a unique and rather obscure property of materials that store photo-generated charge-carriers for extraordinary long times — hours rather than the usually observed femto-to-micro-second non-radiative relaxation time frames. This stored charge would then be available for performing surface photochemical reactions with small feedstock molecules that include CO2, N2, H2O, and H2.

The inspiration for conquering cloud and nighttime solar intermittency comes from the phenomenon of persistent photoconductivity observed in materials that contain sub-bandgap trap states. A recently reported example of giant persistent photoconductivity applied to CO2 photocatalysis has been observed for nanoscale In2O3-x(OH)y coated on quartz rod supports in a novel waveguide photo reactor, excited by white light illumination.

To illustrate how a typical defect laden band gap associated with persistent photoconductivity can be fitted to the case of In2O3-x(OH)y, Figure d, shows a band diagram where the various defect states such as hydroxyl, oxygen vacancies and under-coordinated indium, populate the band gap as shallow and deep energy traps. A photo-excited electron carrier can decay from the conduction band edge through recombination or relaxation, or be trapped in shallow states and undergo hopping, which can lead to re-emission into the conduction band edge. Each hopping step into a neighboring trap requires a time interval, resulting in a persistent population of excited and mobile carriers after photo-illumination is off.

To emphasize the role of mobile electrons and holes, Figure e shows the reaction pathway activated by a surface frustrated Lewis pair site consisting of a co-ordinately unsaturated indium, an oxygen vacancy and a hydroxyl group. Photo-excited charge carriers within the bulk are injected into these long-lived surface defect sites, which induce heterolytic splitting of H2 into a proton and hydride, which react with CO2 to form CO and H2O, [2]. Another experimental observation concerns electron paramagnetic resonance shown in Figure f-h, which show that spin concentrations associated with ionized oxygen vacancies in the indium oxide hydroxide increases under blue laser illumination and slowly decreases after turning off illumination, indicating that trapped electrons are slowly released post-illumination.

Persistent CO2 photocatalysis, where high rates of fuel production extend post photo-illumination, can smooth out the effects of cloud intermittent dips and continue into the evenings. This will greatly reduce variability and sudden dips in solar fuels production, which reduces maintenance issues when scaled up to large solar fuel farms, as well as introduce a distinguishing energy advantage compared to photovoltaic systems. Furthermore, the slow release of charge carriers over time means that recombination losses will be less of a photochemical efficiency issue, thus increasing the overall product yield over the day.

Recognition and understanding of persistent photocatalysis is an emerging and exciting field. It is not inconceivable that an improved persistent photo-catalysis system will able to extend catalysis to 12 hours, which basically allows such a system to operate round the clock. A round-the-clock solar fuel farm will make more economical sense, which can broaden public and private interests into building such facilities on a grand scale.

Research and development of this extraordinary phenomenon portends significant payback for the solar fuels community if it can operate over periods of several hours.

The light is at the end of the tunnel to realize the dream of solar fuels in the dark!