Smooth or with a snap? The mechanics of the Venus flytrap

The reopening of the Venus flytrap may not always be smooth, and new research challenges our previous assumptions about its mechanics. 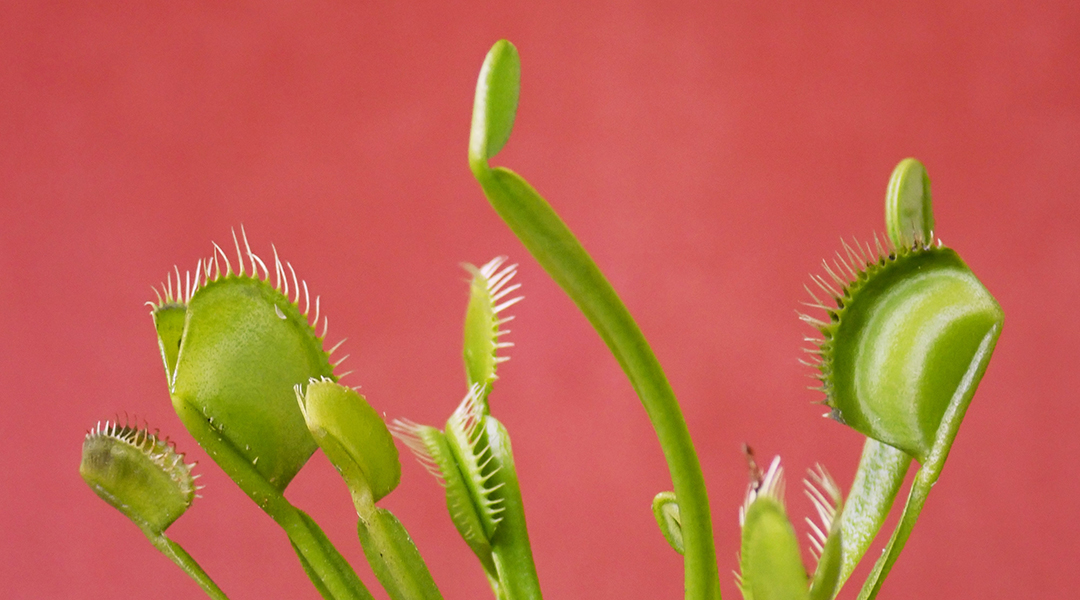 In as little as 100 milliseconds, the carnivorous Venus flytrap captures its meal of choice — an insect or arachnid. While the fast-snapping motion has been well-studied, the mechanics of reopening its trap are less understood. But a new study recently published in Advanced Science has reported that the reopening of its trap may not always be smooth and is dependent on its shape and size.

The snap-closing of a trap depends on both hydraulic pressure and cellular growth. If a meal is captured, traps reopen within 5 to 7 days. Empty traps reopen much more quickly in anticipation of a meal, usually within 16 to 44 hours. But how this actually happens was backed by little-to-no solid evidence.

“Our findings challenge the view of a ‘slow and homogenous’ aspect of the reopening process, as we show that large, more slender traps are in fact able to reopen with a snap-through step — a feat which was previously assumed to be impossible during trap reopening,” said Grażyna Durak of the University of Freiburg, Germany, and lead author of the paper.

Since trap size and shape affect trap closing, the researchers suspected reopening may also be similarly impacted. So, they used two different sizes of flytraps — normal and large. To study the mechanics of a flytrap reopening, Durak’s team set about triggering them in the absence of prey.

Time-lapse footage revealed that the two types of traps reopen at different rates, with the lobes moving in different ways. The lobes of the flytrap change from convex to concave as they reopen. While normal-sized traps opened smoothly outwards, larger traps were likely to open in a similar slow fashion or switch from a smooth process to a snappier one midway. Larger traps also took longer to reopen. “The slenderness of the traps, which can be described as the thinness of the leaf relative to leaf height/width can also play a role in whether the trap will open smoothly or snap-back,” said Durak.

Surprisingly, larger traps would sometimes snap off during the lengthy reopening process instead of the fast trap closure. This might limit the size of traps since larger, slender traps are more prone to breakage.

In the future, researchers could explore how traps reopen after digestion of a meal, how different cultivars act, as well as how seedlings reopen their traps.

Durak has long been interested in studying how biological structures may inform the development of soft robots, and other synthetic materials. Such biomimetic developments may benefit from the variety of movements that the Venus flytrap goes through in the process of trap closing, digestion and reopening. This new understanding on the slower reopening of the plant trap contrasts with the snapping motion of the same structure when closing, yielding practical information.

The Venus flytrap’s snapping and buckling motions have served to inspire optical, jumping and gripping devices — advancing the field of soft robotics.

A Tail of Two Pathways: Regulation of mRNA 3’ Ends During Cellular Stress
Coronaviruses mimic immune proteins and hide in plain sight
Skin pigment properties and the importance of heterogeneity
With a little nudge, bumblebees speed up flowering