Seeing the wood for the trees: A new technique for the study of biomass pyrolysis 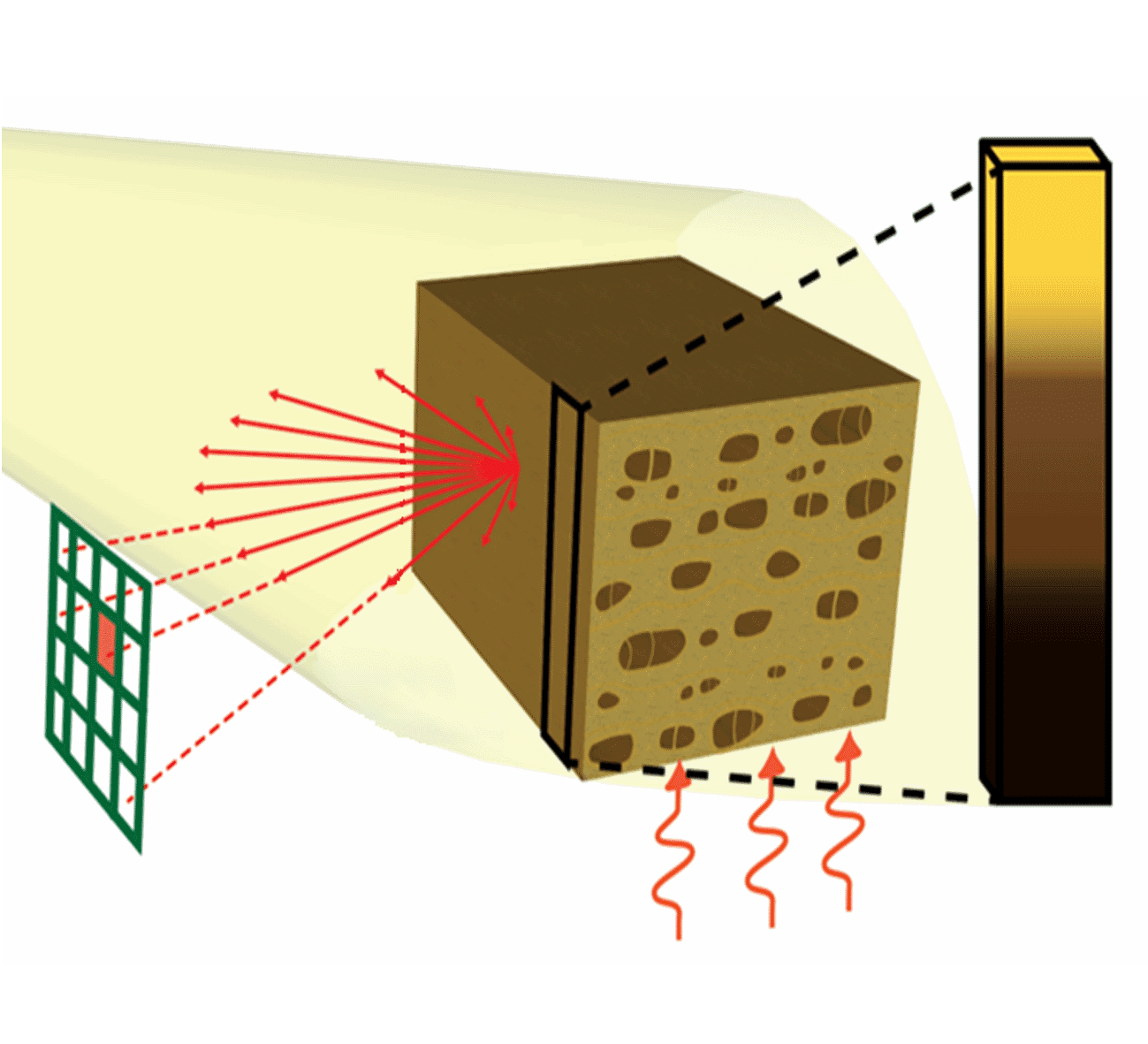 Lignocellulosic biomass (dry plant matter) is the most abundant raw material for the production of biofuels and many experts hope that a large proportion of transportation fuels can be replaced with biofuels. Thermochemical technologies for biomass conversion such as fast pyrolysis can produce both chemical products in high scale and liquid transportation fuels. Before these technologies can become economically viable, however, they must first be optimized through detailed modelling of the kinetics of pyrolysis.

A pyrolysis reaction is complicated, occurring in three phases: solid virgin biopolymers, gas-phase pyrolysis vapors, and a short-lived liquid intermediate. Pyrolysis in an industrial reactor is even more complicated, the three phases existing in a multi-scale system that involves atomic-scale biopolymer/melt chemistry, particle heating and reaction, and reactor conversion. In addition, the small size of wood fibres (1-2 mm) and the fast time-scale of the reaction (1-5 s) make it difficult to obtain a detailed model of pyrolysis.

The figure shows a wood particle undergoing pyrolysis. Initial heating of the particle conducts thermal energy through the structure of lignocellulosic biomass. A propagating thermal front moves through the particle driving pyrolysis chemistry in multiple zones. Leading the front is a drying zone and following the front is the pyrolysis zone in which the biopolymers are depolymerized to form intermediate liquids and the microstructure shrinks and collapses. Eventually, all that remains is the porous char zone which transports heat and volatile compounds. In essence, the pyrolysis reaction moves through the wood chip and must be measured in both space and time.

Paul Dauenhauer and co-workers in the University of Massechusetts and the University of Washington have developed a new technique for determining the kinetics of pyrolysis: spatiotemporally resolved diffuse reflectance in situ spectroscopy (STR-DRiSP). A new article in ChemSusChem shows how the technique can characterize the composition of particles undergoing pyrolysis in both space and time. Visible light is applied to the external surface of the wood particle and diffusely reflected light is captured using a high-speed monochrome camera. The distinct differences in absorption between lignin (high absorptive), carbohydrates (highly reflective), and char allows for characterization of the reacting wood fibers. The speed of the camera (1000 Hz) and its ability to focus on a 2D surface allows for compositional characterization in both space and time.