Searching for dark matter in our solar system

Sending atomic and nuclear clocks into the inner reaches of our solar system could help scientists find proof of elusive dark matter. 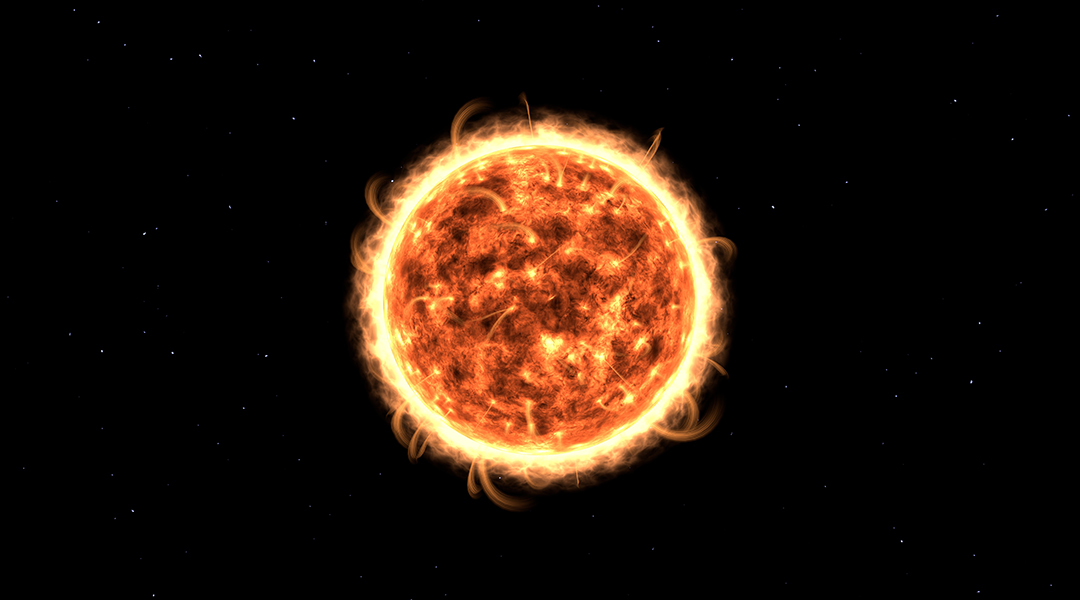 Since the 1930s, astronomers have postulated that approximately 85% of the matter found in the Universe is made up of a hypothetical form of matter that does not emit, reflect, or absorb light, lending it its name: dark matter.

This mysterious entity is thought to exist because the observed amount of ordinary matter was insufficient to explain some of contradicting astronomical data, such as higher-than-expected rotation rates of stars to certain peculiarities of the cosmic microwave background radiation left over from the Big Bang.

Although dark matter supposedly dominates the cosmos, scientists still don’t know what it consists of. For decades, the main candidates for its elementary components were considered to be weakly interacting massive particles (or WIMPs), and numerous attempts have been made to detect them. However, all experiments carried out in ground-based laboratories, as well as with the help of particle accelerators and space satellites, have not yet been successful.

“The nature of dark matter is one of the greatest unsolved mysteries in physics today,” said Joshua Eby, a physicist at the University of Tokyo in an email.

These failures in the search for WIMPs have led many researchers to consider other candidates for the dark matter, and one of the most popular theoretical models is ultralight dark matter, which is expected to be made of particles that are lighter than the electron by at least six orders of magnitude.

Physicists have come up with various ideas about how to detect these particles in space, and in a recent study published in Nature Astronomy, a team of scientists from Japan and the United States proposed an experiment to search for ultralight dark matter not in distant galaxies, but right in our own solar system.

Dark matter in our solar system

In their study, the research team has not only considered a way to detect dark matter but has also analyzed the possible origin of its components from the point of view of elementary particle physics.

“One example of such a component of dark matter is a hypothetical particle called the axion, which helps solve a mismatch between our theoretical understanding of the magnetic properties of nuclei and experimental observations,” explained Eby, one of the authors of the study. “If the axion exists, its interactions with other particles bring the theory in agreement with the experiment, and it was later shown that the axion naturally makes a good dark matter candidate at the same time. So, it’s motivated for both reasons.”

In the model of ultralight dark matter — as in all others — its particles participate in gravitational interactions, meaning they should be concentrated as they are pulled in and around massive celestial bodies, such as our Sun, to form what physicists call a “halo”.

If scientists can locate these areas of concentrated particles, the theory predicts that their interaction with particles of ordinary matter — such as protons, neutrons, and electrons — should change their properties, for example mass and electromagnetic interaction strength, and it is this change that the authors of the study proposed to measure as a means of detecting dark matter.

“The main advantage of our proposal is that the dark matter abundance may be much larger as you approach the Sun which would amplify the signal, due to the presence of a large bound cloud of ultralight dark matter particles around the Sun,” said Eby.

The researchers have suggested sending a satellite to the inner reaches of the solar system with two clocks on board. If the clocks are based on different physical processes, then their frequencies should respond differently to the presence of dark matter, so by measuring the frequency ratio of two clocks, one can draw important conclusions about the properties of this entity. “The well-motivated idea of ultralight dark matter can be probed with high precision by atomic, molecular, and/or nuclear clocks; searches like this are ongoing on Earth already,” said Eby.

For example, an atomic clock measures seconds as equal to the time it takes for an electron to transition between excited states. This timing would therefore change in response to a change in the mass and electromagnetic interaction strength of said electron when inside a dark matter halo. A nuclear clock, on the other hand,

measures time in a similar way but relies on excitation of nuclei rather than electrons and would also be sensitive to the properties of strongly interacting particles.

According to the authors, the accuracy of this measurement can be improved by up to nine orders of magnitude using space clocks compared to similar tests on Earth or near-Earth orbits.  “The benefit of conducting this experiment in space is the possibility of large-density clouds of the ultralight dark matter particles bound to the Sun; the greater the density of particles, the stronger the signal, so we think it’s worthwhile to go where the dark matter is likely to be as dense as possible,” added Eby.

Moreover, they expect that future nuclear clocks currently being developed will be able to improve the accuracy of the experiment by another four or five orders of magnitude.

To further validate their proposal, using data produced by computer simulations in which they modeled the possible shape of the dark matter halo, physicists analyzed the hypothetical interaction of these dark matter particles with a number of different ultra-precise clocks. Their findings indicate that their space-based experiment may well help in detecting ultralight dark matter, additionally in providing a realistic value of the mass of these particles — or at least set strong constraints on its parameters.

Despite these encouraging results, a lot of work remains to be done to implement the experiment in practice.

“It’s hard to be precise about the timeline — there are technical challenges to overcome, but there are many very motivated people and organizations working hard to put high-quality quantum clocks in space,” said Eby.

“We are discussing with space scientists and atomic [and] nuclear physicists to understand the technical challenges, including how to shield the sensitive clock apparatus from the heat and strong magnetic fields of the Sun,” he added. “I have a new paper appearing soon with other colleagues, in which we determine precisely the density of the cloud of the ultralight dark matter particles around the Sun. These results will make the experimental target much more precise.”

Does dark matter really exist?
Scientists discover new exoplanet with an atmosphere ripe for study
From wood chuck holes to worm holes — A look into the notebooks of John Wheeler
Screw-propelled robots could enable mining in space