Perovskites have been discovered to be a cheap alternative for Faraday rotators. 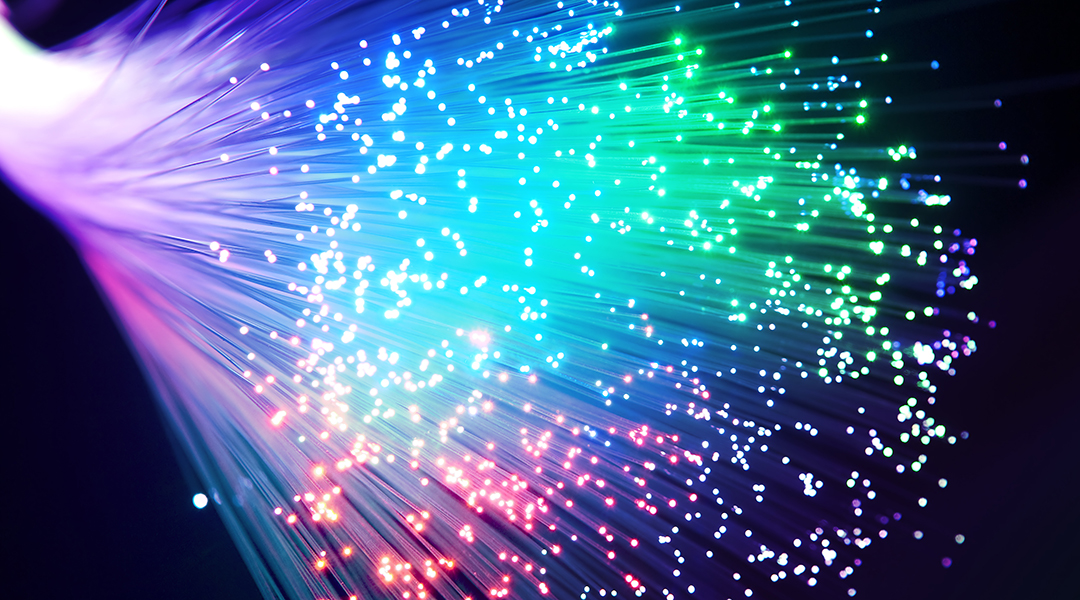 Researchers in Australia have found a way to manipulate laser light at a fraction of the cost of current technology.

The discovery, published in Advanced Science, could help drive down costs in industries as diverse as telecommunications, medical diagnostics and consumer optoelectronics.

The research team, led by Dr. Girish Lakhwani from the University of Sydney Nano Institute and School of Chemistry, has used inexpensive crystals, known as perovskites, to make Faraday rotators. These manipulate light in a range of devices across industry and science by altering a fundamental property of light — its polarization. This gives scientists and engineers the ability to stabilize, block, or steer light on demand.

Faraday rotators are used at the source of broadband and other communication technologies, blocking reflected light that would otherwise destabilise lasers and amplifiers. They are used in optical switches and fibre-optic sensors as well.

“The global optical switches market alone is worth more than $US4.5 billion and is growing,” said Lakhwani. “The major competitive advantage perovskites have over current Faraday isolators is the low cost of material and ease of processing that would allow for scalability.”

To date, the industry standard for Faraday rotators has been terbium-based garnets. Lakhwani and colleagues at the Australian Research Centre of Excellence in Exciton Science have used lead-halide perovskites, which could prove a less expensive alternative.

“Development and uptake of our technology could be aided by the excellent positioning of Australia within the Asia-Pacific region, which is growing rapidly due to increasing investments in its high-speed communication infrastructure,” said Lakhwani.

The lead-halide perovskites used by the Lakhwani group are a class of materials that have been gaining a lot of traction in the scientific community, thanks to a combination of excellent optical properties and low production costs.

“They are efficient and much less expensive than traditional silicon cells, which are made using a costly process known as the Czochralski or Cz method. Now, we’re looking at another application, Faraday rotation, where the commercial standards are also made using the Cz method. Just like in solar cells, it seems like perovskites might be able to compete here as well.”

In this paper, the team shows that the performance of perovskites can rival that of commercial standards for certain colors within the visible spectrum.

“As part of the ARC Centre of Excellence in Exciton Science (ACEx), we benefited from the exchange of ideas through this high-calibre centre,” Lakhwani said. Collaborators included the ACEx groups of Professor Udo Bach at Monash University and Dr Asaph Widmer-Cooper at Sydney, as well as the Professor Anita Ho-Baillie group at UNSW. Professor Ho-Baillie has since joined the University of Sydney as the inaugural John Hooke Chair of Nanoscience.

“We’ve been looking into Faraday rotation for quite some time,” Lakhwani said. “It’s very difficult to find solution-processed materials that rotate light polarisation effectively. Based on their structure, we were hoping that perovskites would be good, but they really surpassed our expectations.”

Looking ahead, the search for other perovskite materials should be aided by modelling.

“For most materials, the classical theory used to predict Faraday rotation performs very poorly,” said Dr. Stefano Bernardi, a postdoctoral researcher in the Widmer-Cooper group at the University of Sydney. “However, for perovskites the agreement is surprisingly good, so we hope that this will allow us to create even better crystals.”

The team has also performed thermal simulations to understand how a real device would function. However, there is still work to be done to make commercial application a reality.

“We plan on continuing to improve the crystal transparency and growth reproducibility,” said Chwenhaw Liao, from UNSW. “However, we’re very happy with the initial progress and are optimistic for the future.”

Original press release by the University of Sydney