Scientists discover that the platypus glows in the dark

This phenomenon is spread over such a broad range of the mammalian evolutionary tree that researchers are beginning to wonder if the "proto-mammal" shared the same trait. 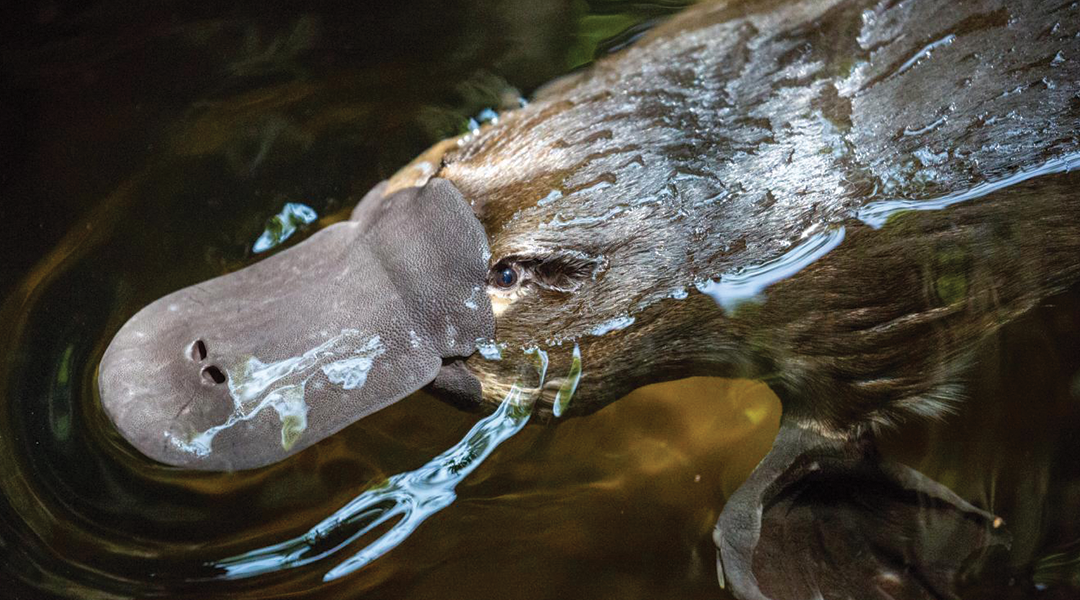 As a species, our understanding of the natural world is often limited by our own expectations. Until the 1880s, a full 50 odd thousand years since we set foot out of Africa, we had no clue that most other animals could see UV light — which, if we’re being fair to our species, has a lot to do with the fact that for most of that time we didn’t know that UV light was a thing.

Back in the 1880s, Sir John Lubbock, performed an elegant, if perhaps morally dubious experiment. He placed some ants and their larvae on a table. He then exposed those ants to various wavelengths of light. When the ants perceived the light, they quickly shifted their larvae from the exposed region to the dark. They did this for visible light and UV light in exactly the same manner, suggesting that for them, UV light was just as perceivable as blue light.

Over the course of the next century, a small handful of UV perceiving animals were added to this list, but then in the 1990s this list began to grow exponentially until it seemed like the UV blindness of mammals was perhaps an outlier. That is until 2014, when research suggested that UV vision was also widespread among mammals.

The lens of the human eye blocks entry to UV light, which is thought to have been an evolutionary move to help slow eye damage. This trick of natural selection has blinded us to some key aspects of the natural world.

The uses of UV perception are many and varied. For example, UV-based signalling is used by some species of butterfly to communicate sex differences, while the sexes appear identical to the human eye. Zebra finches use UV cues to assess mates, arctic deer use their sensitivity to better avoid polar bears, and many species of flower use UV cues to attract bees.

But what if you wanted to avoid the eyes of predators who made use of these wavelengths?

You might develop fur that absorbed UV light and emitted it at a wavelength that was less conspicuous. It has been known since the 1980s that the skin of various fish and birds absorb UV light. This phenomenon has also been observed in mammals, but exclusively in nocturnal mammals, suggesting that absorbing UV light might help avoid detection in low-light conditions.

Work recently published in Mammalia shows that platypus fur absorbs UV light and emits at blue to green wavelengths. “It was a mix of serendipity and curiosity that led us to shine a UV light on the platypuses at the Field Museum,” said lead author Professor Paula Spaeth Anich. “But we were also interested in seeing how deep in the mammalian tree the trait of biofluorescent fur went. It’s thought that monotremes branched off the marsupial-placental lineage more than 150 million years ago. So, it was intriguing to see that animals that were such distant relatives also had biofluorescent fur.”

The platypus’ branch of the evolutionary tree diverged from that of other mammals quiet early on. This suggests that perhaps bioluminescence could be an ancestral mammalian trait, and that perhaps our direct ancestors shared it. However, research in this field is in its infancy, and much more work remains to be done to understand its role and history in the development of our branch of the animal kingdom.