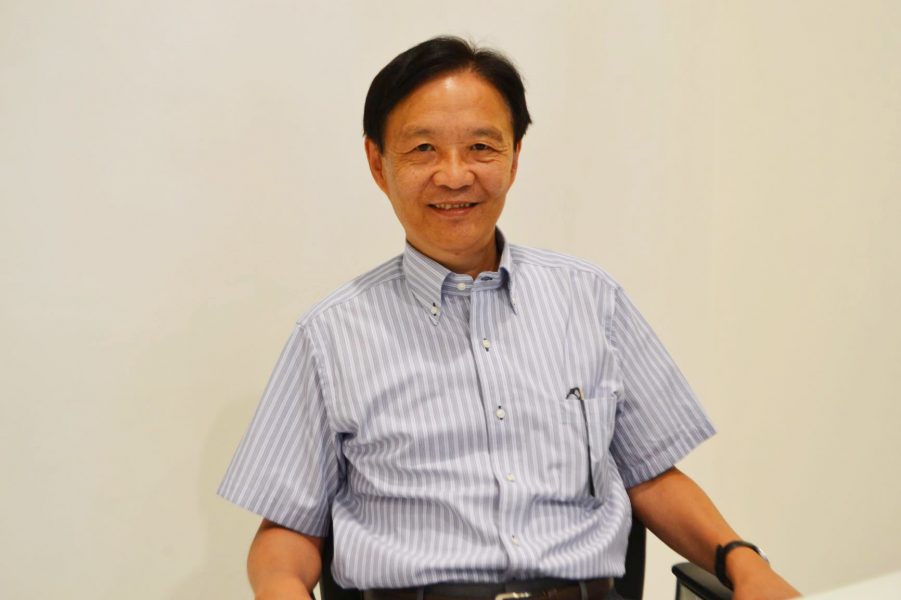 How do fish swim and why are they all so different? These questions occupied Professor Masaki Inagaki as a young child and were his first contacts with science, so to speak. Today, he is professor of physiology at Mie University, Japan. Before taking up this position in 2016, he was Chief of the Division of Biochemistry at the Aichi Cancer Center Research Institute. You may imagine that to list all his places of work here would go beyond the scope of this article, but to put it simply, Professor Inagaki is a major player and influencer of his field.

When asked about his greatest discoveries in science, he recalls presenting a hypothesis in 1987 that the organization of intermediate filaments (IFs) is regulated by phosphorylation in vitro. However, at the time, it was impossible to verify this hypothesis at the cellular level because classic methods, such as isotope-labelling using 32P, could not provide the necessary spatiotemporal information on site-specific phosphorylation.

Four years later, in 1991, he developed site- and phosphorylation state-specific antibodies, with which he was able to provide evidence for novel mechanisms of cell cycle regulation through phosphorylation of various proteins including IF and IF-associated proteins. In addition, he could also show that ubiquitin-proteasome system regulates the dynamics of primary cilia formation and cell proliferation induced by growth factors.

Looking back, Professor Inagaki says that there have been many challenges in his career but that his accomplishments can be credited to his mentors. “All I achieved in my scientific career I owe to Drs. Yasuaki Nishizuka and Tadaomi Takenawa, as both scientists [greatly] influenced my thinking”.

Looking to the future, Professor Inagaki feels that the evolution of life will be a hot topics in science.

Professor Inagaki describes science as “full of unexpected pleasures”. His motto “be curious” well describes his style of thinking and is in line with his wish to give more opportunities to children, hoping to inspire them in the same way that he was: by interacting with nature and animals. That he has an open mind is reflected in his words: “Innocence is one of the most important things I have learned from my students”.

To find out more about Masaki Inagaki´s research, check out his recent review article on “Primary Cilia as Signaling Hubs in Health and Disease“ in the Advanced Science 5th Anniversary virtual issue.