With a new technology Siemens makes the exchange of pinch rolls in hot strip mills faster. 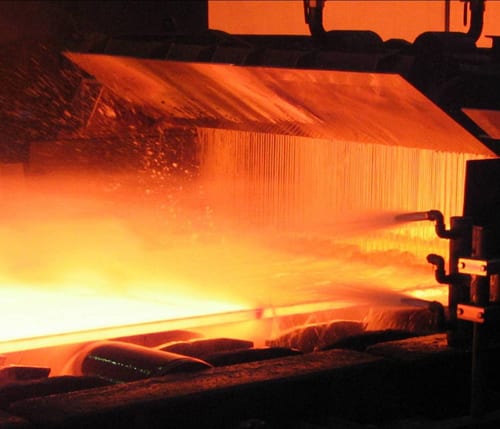 Siemens reported that they found a way to simplify the production of steel strips. The company told a new technology is making the exchange of pinch rolls in strip mills faster and even more efficient. The patented process reduces the time needed to replace pinch rolls in the down-coiling area by several hours, down to about ten minutes. Siemens developed an exchange cassette that makes it possible to quickly replace the entire unit with a new one.

The possibility of quick roll-changing reduces repair times, increases yield of the mill and boosts flexibility of changing between different products. As a consequence, it becomes easier for the producers of hot strips to reply to changing customer requirements. Moreover, strips with consistent quality can be produced over a longer period of time. Cleaning and grinding of pinch rolls can now be done offline which improves strip quality and increases working safety.

Such hot-strip mills roll steel slabs up to 35 tons heavy into strips up to two meters wide and only one millimeter thick. The steel strip is still at temperatures of up to 600 degrees Celsius when coiling under tension between the pinch rolls. If the surface of a roll becomes damaged, the quality of the strip surface suffers. In order to produce the highest quality steel, the rolls must be as freshly refurbished as possible. In order to prevent production stops caused by replace times up to 8 hours, these rolls need to be manually cleaned while production is under way.

By using the new cassette, the company said, the new pinch-roll quick-exchange unit enables the roll replacement process in only ten minutes. All mounting connections, incl. the universal shaft release automatically. Then a bay crane is used to lift the cassette, with the two rolls, out of the pinch-roll unit and to put a freshly cleaned one in place.