A review of methods that can be applied to study the control of proliferation (and the proliferative hierarchy, especially the role of the elusive stem cells) in a wide variety of animal models. 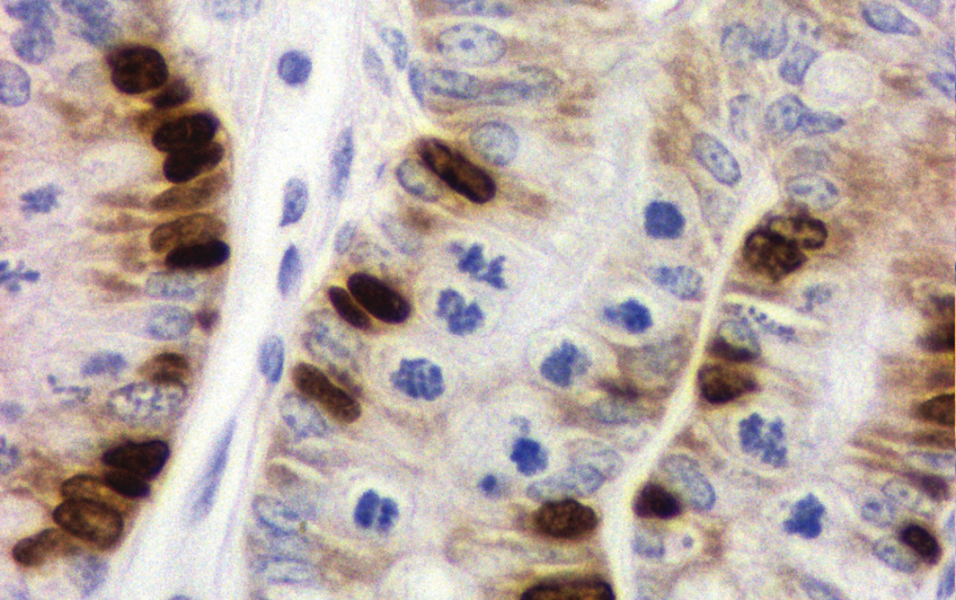 There are many ways to study cell production, however some methods have serious shortcomings and most of the valid methods can only provide a partial picture of the complex interplay between cell production, differentiation and loss. Most published results only take a ‘snapshot’ of dividing cells at a certain time. These static, state measures include the mitotic index, other intrinsic markers of proliferation or external labelling agents.

It is very important to emphasize that such proliferative indices are a ratio of dividing cells to total cells. This can lead to some very expensive mistakes, and the author being described as vituperative when pointing this out. Several investigations have shown little effect on proliferative indices despite a large change in tissue mass, but more extensive analysis can show that these paradoxes can be resolved if the size of the non-proliferative compartment is taken into account. For example, 1 cell per 100 gives the same index as 2 cells per 200, masking a doubling of cell production.

Most methods are not dynamic and as such can only measure a state. They do not allow one to determine rates, such as the cell production rate. It is nonetheless possible to use methods that can account for all the factors involved in cell production. These methods are described in a primer recently published in WIREs Developmental Biology and include double labeling and the metaphase arrest method, which is one of the most productive methods for the quantification of cell production.  The various ways to study proliferation in vivo are illustrated in the primer with a focus on the gastrointestinal tract, a nearly ideal model system due to its distinctive compartmentalization of the proliferative and the functional regions. The methods described can be applied to study the control of proliferation (and the proliferative hierarchy, especially the role of the elusive stem cells) in a wide variety of animal models.  This can help determine the roles of hormones, growth factors and diet on cell proliferation in normal and pre-cancerous animals. The application of some of these methods to human tissue is also described.

Biodegradable microparticles could be used to fight antibiotic-resistant bacteria
How bloodworms build their copper teeth
"Seven minutes of terror": The Perseverance rover's descent to Mars
What shapes can we make with liquid marbles?