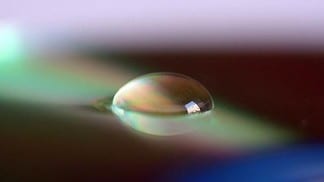 EPFL scientists are working on creating artificial living tissues using a very special kind of inkjet printer. Still in its initial stages, this technology could nonetheless soon provide biological samples that could be used for testing new drugs.

An important step toward creating artificial living material has been made by EPFL researchers. They are working on a technique that should eventually allow them to “print” living constructs resembling human tissues in which cells can develop and interact in a coordinated and physiological manner.

“We have not yet created tissue, strictly speaking,” explains Professor Jürgen Brügger, head of EPFL’s Microsystems 1 Laboratory. “At this stage, we have essentially studied a way in which to structure biological materials in three dimensions; this research will improve cell culture and then will eventually be used as a base for creating tissues.”

Someday this new technology, which is the fruit of joint research between EPFL’s Engineering School (STI) and School of Life Sciences (SV), will make it possible to print tissues one drop at a time. Progress made in several different areas has combined to bring the technology to this point.

To make up a coherent whole, the cells need an environment that provides the right kinds of signals that induce very specific behavior in each of the cells – proliferation, migration, differentiation or death. In natural tissues, these signals come from molecules that make up a complex extracellular matrix (ECM). By studying the connections and communications taking place between cells and between cells and ECM molecules, the scientists were able to reconstruct this matrix and thus create a new kind of biological ink.

On a technical level, the researchers from EPFL’s two Microsystems Laboratories – under the leadership of professors Jürgen Brugger and Philippe Renaud – focused on developing a gel that could be used as a base from which the tissue could be constructed, as well as a strategy for printing droplets. Thanks to the gel, made up of concentrated calcium, and the printing sequence they came up with, each droplet of ink landing on the surface sticks to it and keeps its initial shape instead of spreading out.

“The various tissue elements don’t blend together uncontrollably,” explains Brugger. “Above all, the material polymerizes more quickly and becomes flexible and malleable, which allows us to assemble several layers and to envision building channels, which are indispensable for fluid perfusion, nutrient input and waste elimination.”

“Thanks to the combination of these technical and biological advances, we are working towards the growth of a tissue in which the cells develop and live happily,” Lutolf explains.

Even though it will still be quite some time before tissue can be constructed, this technology could lead to very promising applications on the medium term. “ An exiting avenue would be to develop 3D constructs that function like human tissues and could be used as models for testing new drugs,” says Lutolf. “This is not only very interesting in a biological sense, but could also reduce the need for animal testing.”

Real progress made this year in the fight against malaria
A mathematical model to predict patient response in cancer immunotherapy
Scientists urge crackdown on air pollution to help the heart
Third shot of COVID-19 vaccine not justified, says research