A new class of polymers to clean up mercury pollution that can be produced sustainably on a large scale from elemental sulfur and renewable plant oils. 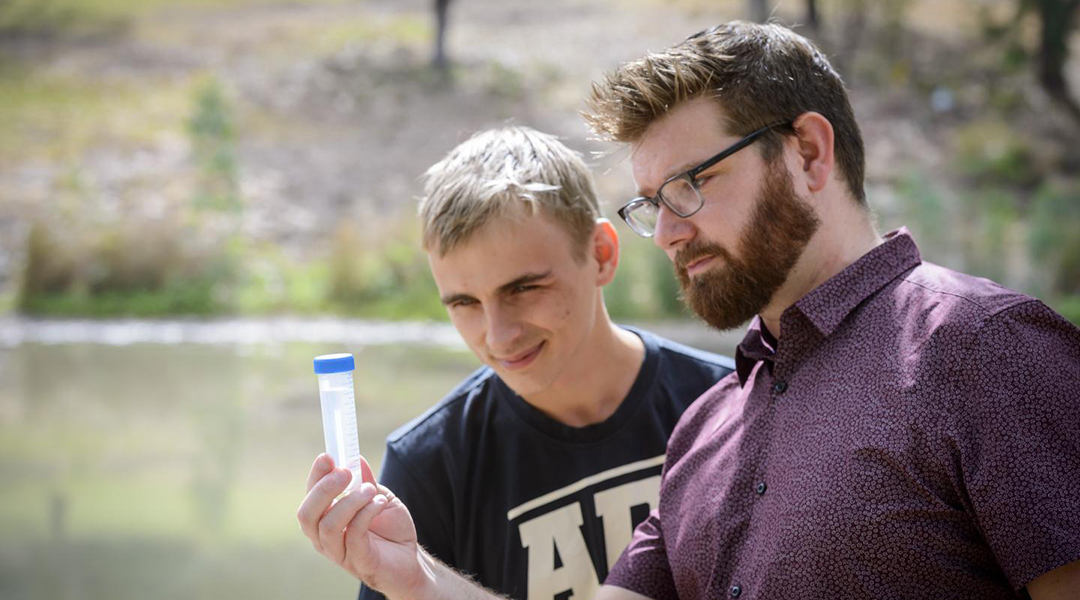 Mercury pollution is a serious and persistent threat to the environment and human health. There is an urgent need to develop sustainable and cost-effective decontamination measures, and while strategies using activated carbon sorbents or nanomaterials that trap mercury do exist, their cost, limited scale, or complexity limits their application in developing nations — places where this problem is most widespread.

Now, a team of researchers from Australia propose a polymeric sorbent that can be produced sustainably on a large scale from elemental sulfur and renewable plant oils.

According to the study’s authors — Alfrets Tikoalu, Nicholas Lundquist, and Professor Justin Chalker of Flinders University — there is a surplus of sulfur produced during petroleum refining, which is stockpiled around the world. The team proposes that this source of sulfur can be used to create high-sulfur-content polymers prepared by inverse vulcanization. These types of polymers (known as polysulfides) have been shown to be effective in the capture of mercury metal, mercury gas, inorganic mercury, organic mercury, and mercury bound to humic matter.

“The hypothesis at the outset of the study was that the hydroxylated triglyceride in castor oil would improve wetting and mass transfer of aqueous mercury to the polymer,” said the authors in their study. “It was also of interest to determine if the rice bran oil — with its greater unsaturation from high linoleic acid content — would affect mercury sorption. More generally, our goal was to apply inverse vulcanization to other renewable triglycerides that are widely available so that they could be used in environmentally beneficial applications.”

The study found that these new polysulfides were eight times more effective in removing mercury from water compared to previously studied polysulfides and elemental sulfur, which is commonly used in mercury spill kits. In particular, the copolymer made from sulfur and castor oil was the fastest in uptake of inorganic mercury, which the authors attribute to the molecule’s enhanced “wettability,” which is the ability of a liquid to maintain contact with a solid surface. The polymer made from sulfur and canola oil, in contrast, was the fastest in the uptake of organic mercury, specifically 2‐methoxyethylmercury chloride (MEMC), a fungicide still used by sugarcane, potato, and rice growers.

“The subtle difference in performance [of each polymer] can help guide the deployment of these sorbents in mercury remediation, while also providing flexibility in the specific triglyceride used to make the polymer,” said the authors. “More generally, this study demonstrates how renewable and surplus feedstocks (triglycerides and sulfur, respectively) can be converted in a single step into new, low‐cost sorbents for the remediation of mercury pollution.”

Chalker and his team have shown that their polysulfides extend beyond just mercury pollution remediation, but can also be applied to managing agricultural fertilizer release as well as cleaning up oil spills.

The study was done in collaboration the environmental technology company, Clean Earth Technologies (CET), who will support ongoing development of these new classes of polysulfide agents and will aid in their commercialization.

“Technology like this, that uses waste to solve waste problems, has huge advantages for industry at the big end of town,” said Paul Hanna, CET Chairman and co-founder, in a press release. “It can also save the lives of thousands of small, artisanal miners around the world who use poisonous chemicals, like mercury, to survive and the communities around them.”