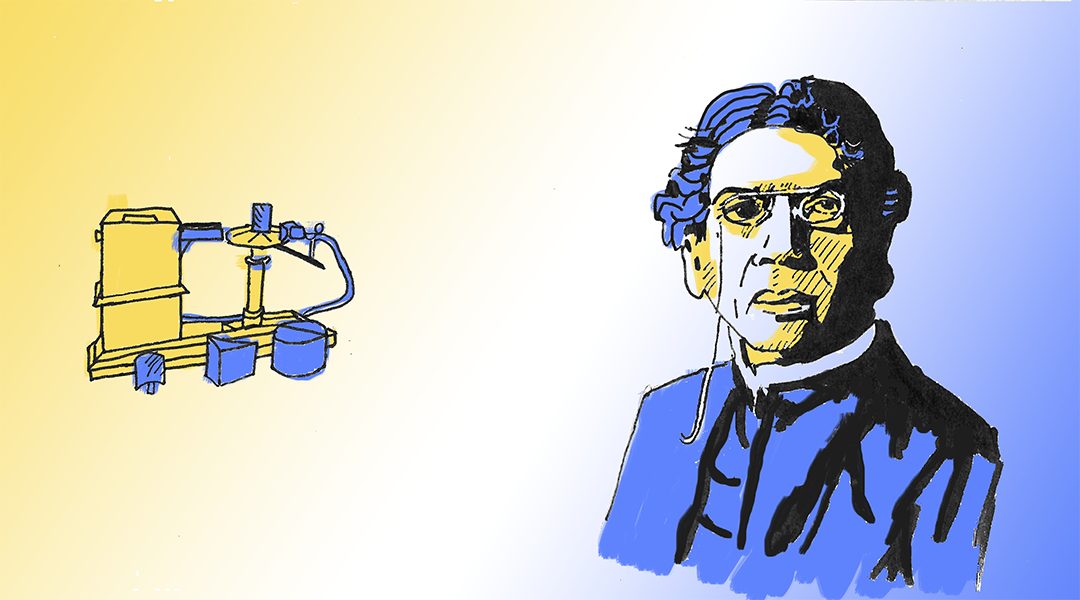 Last week marked 72 years since the loss of one of the most important figures in 19th and 20th century science; Sir Jagadish Chandra Bose, who this week is highlighted as part of the Pioneers in Science series.

Bose was a pioneer in many areas, contributing greatly to physics, biology, botany, archaeology, and perhaps surprisingly, science fiction. Because of this, he is perhaps one of only a handful of people who could be considered a polymath in the modern period—an occupation which is usually associated with great minds of earlier centuries, in the heady days from the Renaissance to the Enlightenment, before scientific fields became more specialized and scientists found it ever more difficult to apply their work across multiple fields.

Despite being rewarded a Knighthood in 1917, and being the first Indian to become a fellow for science of the Royal Society in 1920, his work was largely overlooked at the time, and its significance has only been re-evaluated in recent years, particularly in his contributions to radio technology. In 2012—over a century after his experimental work on radio—the Institute of Electrical and Electronics Engineers (IEEE) recognized these contributions as an IEEE Milestone in Electrical and Computer Engineering, and the Indian Botanical Gardens were renamed in his honor in 2009. The Bank of England also nominated him to be the face of the new £50 polymer note (but he lost this commemoration to Alan Turing).

Bose was born in Munsiganj—now part of Bangladesh, but was at the time part of British India—on November 30, 1858.

After graduating from the University of Calcutta in 1879, he went to England to study at numerous universities, including Cambridge and the University of London, under the tutelage of many prominent British scientists at the time, such as Lord Rayleigh, and Charles Darwin’s son, Francis Darwin.

But it was after his return to India, in the 1890s, when his career really took off. He was able, after realizing the disadvantages of studying electromagnetic (EM) waves’ light-like properties at long wavelengths, that he was able to reduce EM wavelengths to the millimeter scale; i.e., microwaves. Using microwaves, he was able to demonstrate how one could ignite gunpowder, send signals to receivers three rooms across from his lecture theater, and discharge pistols, all using “wireless” technology.

Bose wasn’t interested in patenting however, and was more interested in researching the phenomena of EM waves rather than applying them for practical and commercial purposes. In fact, it was during these experiments that the Italian inventor Guglielmo Marconi was developing his own wireless telegraphy system using radio waves. Incidentally, Bose and Marconi met in London in 1896, after which Bose maintained his lack of interest in commercial applications of their respective technologies. Nevertheless, Bose was the first to use semiconductors to detect radio waves, and a lot of modern microwave components wouldn’t exist without him.

Acknowledgement of his legacy came later from scientists in the field of solid-state electronics, with Nobel Laureate Sir Nevill Mott remarking in 1977 how Bose was “at least 60 years ahead of his time.” Quite a complement for a scientist who, unfortunately, had fallen out of the limelight in the story of radio technology until recent re-assessment of history.

In the world of botany, he is perhaps less well-known, but he was nevertheless an avid botanist; the vast majority of his published books are on plants and plant biology, rather than radio technology, and was the first to demonstrate the electrical nature of plant’s response to wounds, which was later vindicated only decades after his death. Bose believed plants had a nervous system not too dissimilar to those found in animal life, and wrote findings and inferences from his experiments with plants in the 1902 book, Responses in the Living and Non-Living. Whilst on the face of it, such ideas might seem outlandish to modern science, it is perhaps another example of Bose being quite ahead of his time, as the study of plant communication—be it via volatile compounds, electrical signaling, or fungal networks (albeit plants not having a nervous system per se)—has been gaining large traction since the start of this century.

When not practicing science, Bose also wrote science fiction, publishing his first short story Niruddesher Kahini (The Story of the Missing One) in 1896, and Palatak Tuphan (Runaway Cyclone) in 1921, establishing him as one of the forefathers of Bengali science fiction.

Whilst his most pioneering work took place at the end and beginning of the 19th and 20th centuries, his professorship at the University of Calcutta nevertheless continued his legacy as Bose mentored some notable students, including many Indian physicists such as Satyendra Nath Bose—after whom Paul Dirac named the class of particles, bosons; and Meghnad Saha, who was often nominated for the Nobel Prize in Physics for his contribution to astrophysics.

Sir Jagadish Chandra Bose died in Giridih, India, on November 23, 1937, at a time when the world had already been greatly transformed by the technology he helped to pioneer and loved to study. No one could have seen at the time, however, that future technologies using EM waves would lend their credit to this great scientist and polymath.