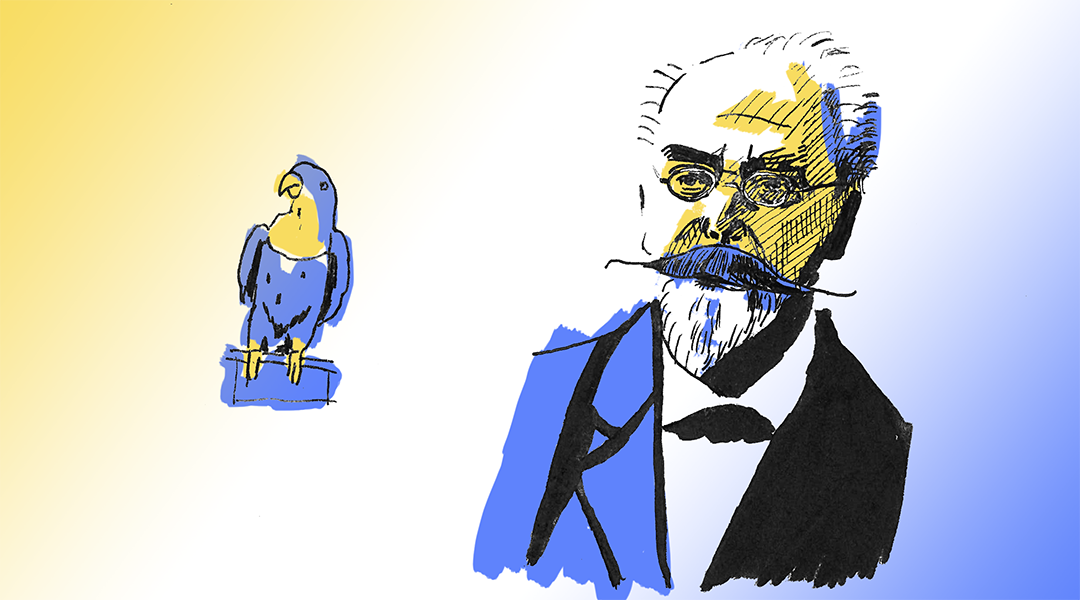 Telling stories through images is a time old practice, and with the advent of photography, our ability to record events, people, and artistically express ourselves reached a new level. In the digital age and with the popularity of social sharing platforms, photography has become even more accessible, changing the way in which we communicate with one another and share aspects of our daily lives.

While this is a topic of discussion unto itself, it’s surprising how few photographers (both professional and amateur) are familiar with the pioneering scientists responsible for this revolutionary technology.

Of particular note is Gabriel Lippmann, the French physicist who produced the first permanent color photographs at the turn of the 20th century.

Lippmann was born in Luxembourg in 1845 but spent his early years in Paris. He worked with Kühne and Kirchhoff in Heidelberg and with the famed scientist Hermann von Helmholtz in Berlin before settling into a faculty position in Paris in 1878, eventually heading the Sorbonne’s Laboratories of Physical Research, where he remained until his death in 1921.

In 1886, Lippmann presented his ideas on optical interference and its potential to induce color on photographic plates.

Research in photography had been making significant strides since the first heliographs were presented in 1824, with major contributions made in subsequent years by key players such as Nicéphore Niépce, Louis Jaques Mande Daguerre, Hippotye Bayard, William Talbot, and John Herschel, among others. However, by the 1840s, photography was still severely hindered by the fact that color photographs could not yet be effectively and permanently produced.

In 1840, Sir John Herschel had noted an interesting phenomenon: when paper treated with silver chloride and “blackened in the sun” was exposed to blue or red light (achieved with tinted glass filters) it assumed the color of light being shone onto it. In 1848, Edmond Becquerel demonstrated photochromatic images produced when a silver plate was coated with a thin layer of silver chloride. Becquerel was able to reproduce all the colors of the spectrum on different plates, which were permanent as long as they were kept in the dark.

These were the first demonstrations of color as a result of standing light waves, the same phenomenon observed in soap bubbles, mother-of-pearl, and oil, which appear to change color when exposed to light. While fundamentally important and pursued by scientists over the next 40 years, permanently colored plates using this method remained elusive.

It wasn’t until 1891, in his publication “Colour Photography”, that Lippmann communicated his method where light is refracted by a lens and focused onto a photographic plate coated with a thin emulsion layer that contained a photosensitive material, such as silver bromide. The technique exploits the formation of these standing light waves, recording or encoding these patterns in the emulsion layer and permanently reproducing the colors of the photographed objects without using pigments.

In 1893, he presented the first color photographs taken by A. and L. Lumière based on his original theory and published the complete theory in 1894. Perhaps what is most impressive is that these photographs are still preserved almost 100 years later. For his achievement, he was awarded the 1908 Nobel Prize for Physics.

It’s also important to note that Lippmann was a pivotal player in his field even outside of this invention, making significant contributions to physics through his discoveries in electricity, thermodynamics, optics, and photochemistry.

While Lippmann’s method had too many drawbacks to be practical for photography, it marked an impressive step forward and provided a platform for other technological advancements. This is perhaps the most important part of a pioneer’s legacy, which is to not only provide new concepts, ideas, or innovations, but to create opportunities for their peers and future trailblazers to advance their fields in ways we may never have considered.

To read about other pioneers in science, you can access our Pioneers series here.

Low-carbon solar energy for water desalination
How a Rhode Island-sized crack appeared in the thickest Arctic ice
Gautam Dey: From open-ended searches emerge our most transformative discoveries
Computers that mimic memory and learning in the brain