Piezophototronic catalysts get a boost

A new catalyst optimization technique could improve the efficiency of piezophototronic materials. 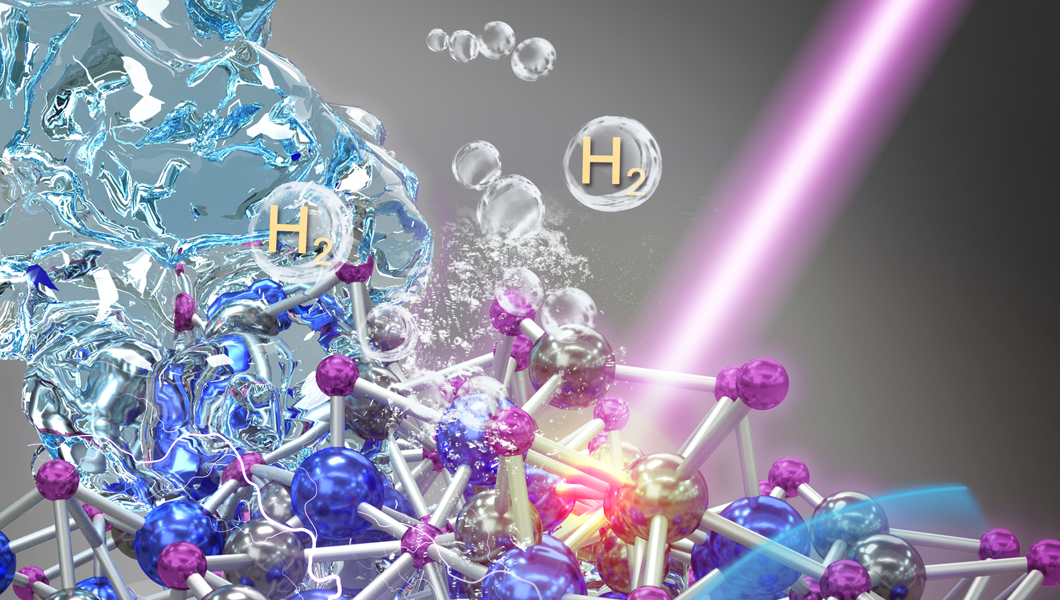 Piezophototronic materials use mechanical energy through the piezoelectric effect to synergistically boost the performance of a photocatalyst.

In Advanced Functional Materials, Professor Jyh-Ming Wu of National Tsing Hua University and the University of California, and his co-worker, report a new technique for increasing the efficiency of a piezophototronic material.

The team chose zinc–tin oxide nanowires as their model system. This material is able to catalyze the hydrogen evolution reaction (HER) both through photocatalysis and the piezoelectric effect.

Yu-Chun Wang: To fabricate the zinc–tin oxide, we used an annealing process that takes place in a hydrogen atmosphere. By varying the time of this annealing process, the concentration of oxygen vacant sites in the material could be controlled.

The oxygen vacancies provided sites for the reactive intermediates in the hydrogen evolution reaction to extend their lifetime. However, if there were too many oxygen vacancies, unproductive reaction pathways could dominate, lowering catalyst performance.

Jyh Ming Wu: We found three hours to be the optimum annealing time, giving the perfect concentration of oxygen vacancies. We hope that this new catalyst optimization technique might improve the performance of many future piezophototronic catalysts.