Physics on its way to new horizons

Precision measurements at low energies play a central role in the paradigm shifts of modern physics. 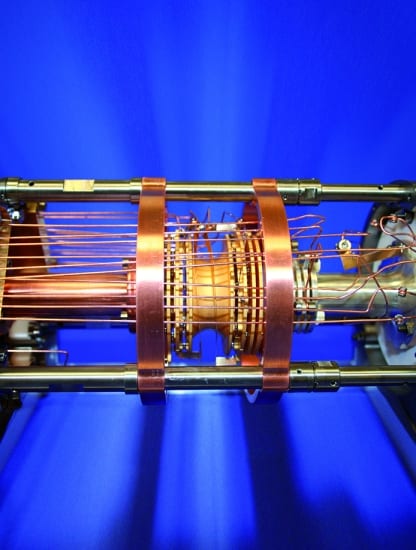 Precision measurements at low energies play a central role in the paradigm shifts of modern physics. They form the fundament for studies of fundamental constants and basic symmetries of the Standard Model as well as the search for new physics.

Today’s physicists are facing great challenges, most of all, finding and verifying a theory beyond the Standard Model of particle physics that might, ultimately, unify gravity and quantum mechanics. Prerequisite for any advance in probing nature’s fundamental interactions are precision measurements.

“While the energy scale of such theories might be out of reach of all but the largest colliders, or even beyond the reach of any experiment, it is possible to probe for suppressed effects at low energy scales in experiments of outstanding precision”, Klaus Blaum, Holger Müller and Nathal Severijns point out in the editorial of the latest issue of Annalen der Physik. “Such experiments, e.g., probe the value of fundamental constants and set limits on their time dependence, try to understand the dominance of matter over antimatter, or search for new types of interactions.” Precision measurements have been playing a central role in the shifts of paradigms in physics in the twentieth century and will very likely continue to do so, that is what the three recognized physicists are convinced of.

Klaus Blaum, director of the Stored and Cooled Ions Devision at the Max-Planck-Institute for Nuclear Physics (Heidelberg, Germany), Holger Müller, Assistant Professor for Atomic, Molecular, and Optical Physics in the Department of Physics at the University of California (Berkeley, CA/USA), and Nathal Severijns, head of the Nuclear and Radiation Physics Section at the University of Leuven (Belgium) act as guest-editors of two topical issues of Annalen der Physik on “Precision Experiments and Fundamental Physics at Low Energies”. They include focused topical overviews and a series of original papers addressing current precision efforts which cover fundamental interactions and their properties at lowest energies.

The first volume contains review articles focussing mainly on fundamental constants and symmetry tests. For example, one of the articles reports on recent and possible future progress in the precision of the unitarity test of the Cabibbo-Kobayashi-Maskawa quark-mixing matrix which could further improve the sensitivity to new physics, not included in the Standard Model. Another article illustrates recent results with the TITAN Penning trap mass spectrometer, which may play an important role in this respect.

State of the art atomic physics methods to determine the fine structure constant is another topic treated. In addition, new quantum-mechanical calculations are presented showing that microwave and sub-millimeter molecular transition frequencies for a number of molecules which are usually observed in astronomical sources exhibit a very high sensitivity to the value of the fine structure constant, but also to the electron-to-proton mass ratio. This offers unique possibilities to astrophysical tests of Einstein’s Equivalence Principle at an unprecedented level of sensitivity. Besides the fine structure constant, the Rydberg constant and the 1S Lamb shift are treated in the volume. A way for an improved determination of these fundamental constants is presented.

At the AD facility at CERN, important experiments with antimatter have been carried out. The reported results allow for different new tests of the symmetry of the Standard Model under the combined CPT operation (Charge conjugation, Parity and Time reversal) through comparisons of properties of particles and corresponding antiparticles, such as the magnetic moment of the proton and the antiproton.

As the guest-editors announce, the forthcoming second volume will provide further reviews and results from dedicated efforts to study fundamental constants, to test basic symmetries of the Standard Model and search for new physics: e.g. nuclear beta decay and neutron decay provide unique opportunities to search for new weak interactions providing results that are complementary to and compete in sensitivity with direct searches for new bosons at the LHC. Also neutrinos constitute unique probes to study different fundamental physics aspects via either laboratory or oscillation experiments or even via neutrino astronomy. Finally, many experiments are focusing lately on testing either the parity or CP symmetry of the weak interaction in atomic systems or via electric dipole moment searches, as well as CPT symmetry or Lorentz invariance.