Scientists have developed a new method to clean atrazine from drinking water using a new photo-sensitive material and sunlight. 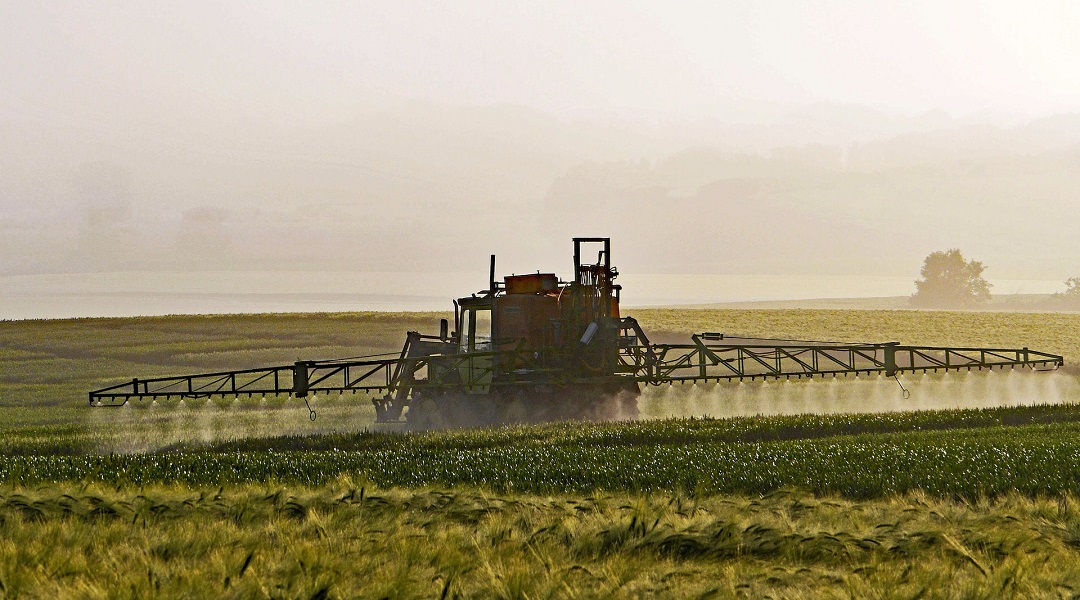 Pesticides are used to control pests and weeds in agriculture however, they unfortunately do not stay in the fields, but flow into bodies of water, eventually contaminating groundwater. Atrazine is such a pesticide; it is a herbicide commonly known as a “weedkiller” that decomposes relatively slowly in the environment.

The use of atrazine has been banned in the European Union since 2003, but in North America, it is still one of the most widely used pesticides, especially for corn, potato, and tomato cultivation. Thus, it can be found wherever conventional farming is practiced and has been identified in the drinking water of millions of people. Conventional methods of treating water cannot break down the herbicide without chemicals, which then themselves release toxic by-products.

Now, professors at the Université du Québec, My Ali El Khakani, expert in nanostructured materials, and Patrick Drogui, a specialist in electrotechnology and water treatment, have joined forces to solve the atrazine problem. They are part of the universities Institut national de la recherche scientifique (INRS) and the aim of their interdisciplinary research is to find an ecological way to degrade atrazine and its major byproducts.

The researchers decided to adapt a well-known, agent-free process called photoelectro-catalysis (PEC) to the degradation of atrazine. The process works with free radicals that are both highly reactive and unstable, which interact with atrazine molecules and eliminate them.

Laboratory and real samples of water

In lab conditions, the new photocatalytic material eliminated about 60% of the pesticide after 300 minutes of treatment. Subsequently, the researchers took real samples of water collected from the Nicolet River in Quebec, Canada, near areas of intensive agriculture. In these real world samples, only 8% of the atrazine was being degraded using their new technique.

The team speculated that three circumstances had led to the poor result: 1) additionally suspended particles hindered the light from reaching the photoelectrode; 2) unwanted chemical species and small particles built up on the electrode, reducing its active surface area; and 3) bicarbonates and phosphates present in the water sample trap free radicals, preventing them from reacting with atrazine. After filtering these water samples, the team was able to degrade 38-40% of atrazine.

According to El Khakani: “Our electro-photo-catalytic process should be applied as a tertiary treatment after removing the maximum of pollutants or other different species present in water by using primary and secondary well-established water treatments.

“The next step forward is to scale up the PEC approach to treat larger water volumes. At INRS, we do have experience with pre-industrial treatment reactors, but then we have to figure out how to compose photoelectrodes larger than those used in the actual proof-of-principle study,” he added. “We can certainly take advantage of the nanostructuration of our photoelectrodes to access a large surface area.

I think the quality of drinking water is of paramount importance, so a promising avenue would be to put such EPC processes at the end of the water treatment chain before delivering drinkable water.”

Next steps will also be to eliminate antibiotic residues in water with the PEC approach. “[We hope to apply this technology to] emerging pollutants that cannot be otherwise removed,” concluded El Khakani.