A group of researchers from Freiburg present a new tandem solar cell to break through current theoretical limits.. 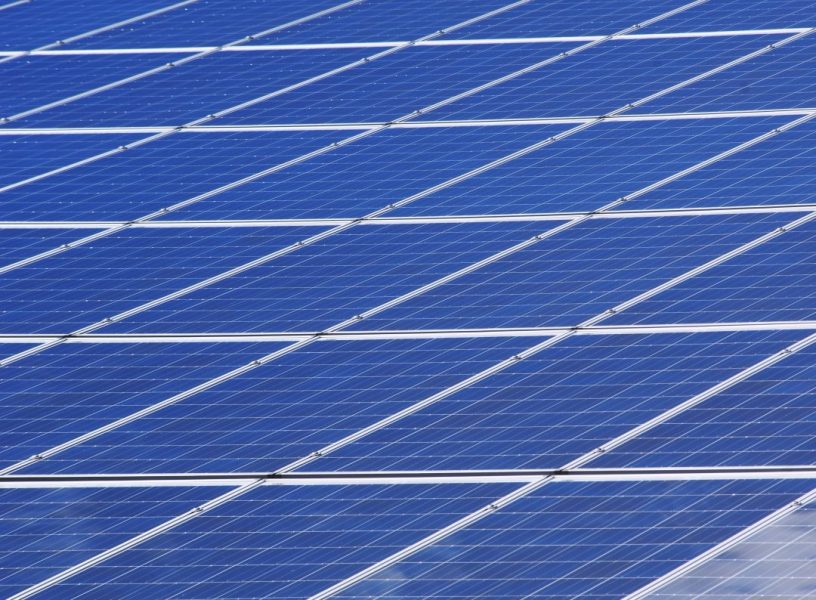 Over the past decades, the global photovoltaic (PV) industry has seen orders-of-magnitude growth driven by continuous cost reductions of silicon solar cells. Being an important leverage for cost reductions, industry has primarily focused on increasing the power conversion efficiency of these cells. Nowadays, the development of high-efficient silicon solar cells is, however, approaching its theoretical efficiency limit of 29.4%.

As a next step, the concept of silicon-based tandem solar cells is promising to break this limit. Stacking two solar cells on top of each other, the top cell — with a high band gap material — utilizes high energy photons while the silicon bottom cell utilizes low energy photons. An ideal candidate for the top solar cell material is metal halide perovskite, which features an ABX3 crystal structure. Perovskite solar cells have made notable progress in terms of efficiency and processing cost. In addition, they have a tunable band gap — the parameter that determines which part of the solar spectrum is utilized.

The highest efficiency potential (approx. 35%) is computationally predicted for an optimum perovskite band gap of approximately 1.7 eV. However, many perovskite compositions with such a band gap are unstable as they feature a mix of iodide and bromide on the halide X-position with a high bromide content, leading to halide segregation under illumination — so-called photo-instability. To avoid photo-instability, most literature on perovskite silicon tandem devices implement a perovskite composition featuring a reduced bromide content and, thus, a smaller band gap.

Our team at Fraunhofer Institute for Solar Energy Systems ISE is working on efficient perovskite silicon tandem solar cells and has recently managed to realize a stable perovskite silicon tandem device with an optimum band gap reaching 25.1% certified efficiency. Metal halide perovskites are very versatile, but finding the right composition is the key to high efficiency and good stability.

As high bromide contents in mixed halide perovskites mainly trigger photo-instability, we carefully reduced its amount. To counterbalance the corresponding band gap reduction and keep the optimum band gap, we tuned the cation ratio on the A-position instead, increasing the cesium content. While the cation only has an indirect, sterical effect on the band gap, it still can be used for band gap tuning to a certain extend. Most perovskite solar cells show a reduction in performance over time due to photo-instability or degradation. Our un-encapsulated devices showed actually an increase in efficiency over several months.

To identify further improvement opportunities, calibrated photoluminescence quantum yield measurements were carried out in collaboration with the University of Potsdam. This method allows a detailed investigation of interfacial losses of the perovskite top cell stack. In this course, the interface between the perovskite and the electron transport material was identified to cause undesired recombination losses. We saw that thin passivation layers such as polymer layers can reduce recombination losses and potentially increase tandem efficiency. Combined with an improvement of the current, we expect that future research can reach up to 30% efficiency with the adapted perovskite absorber with an optimum band gap.

Future research will focus on up-scaling and long-term stability of tandem devices. In this regard, vacuum deposition and spray coating have been identified as feasible options to bring laboratory processes closer to commercial production.

The temporal politics and ethics of hydropower development in the Himalayas
Using computational screens to identify 2D materials for battery anodes
Back to the future with an ammonia economy
Where in the world will direct air capture be most effective?