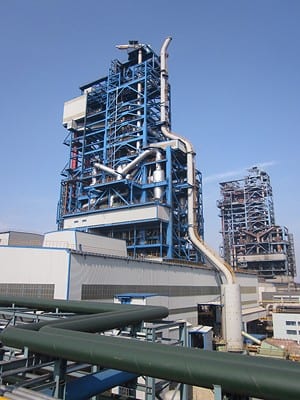 One year after the startup of the second Corex module at the Chinese steelmaker Baosteel in Shanghai, a successful performance test has now proven the economy efficiency of this alternative technology for the production of hot metal.

After the successful, the Final Acceptance Certificate has also been signed by Baosteel. “As opposed to the conventional blast-furnace route, the Corex production costs are substantially lower,” Dieter Siuka, responsible for worldwide iron production at Siemens Metals Technologies, explained. 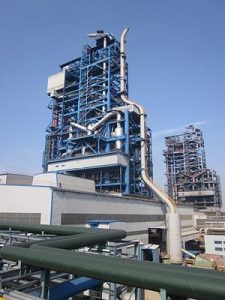 Less expensive and locally available raw materials yield the same quality of hot metal as higher-quality imports. Siuka expects that the novel route will now be further rolled out as an alternative to conventional blast furnace production, especially in markets with increasing hot-metal production.

Following startup of the plant in March 2011, Baosteel and Siemens have been working together over the past few months to optimize operation of the plant, which is designed for the production of 1.5 million tons of hot metal per year. “All performance parameters stipulated in the contract were achieved or exceeded,” Siuka reported. The guaranteed production rate of 175 tons of hot metal per hour was achieved in addition to a reduction in the specific fuel rate from 950 kg to 870 kg per ton of hot metal based on local raw materials. Uniformly high quality of the hot metal was achieved in spite of the heavy fluctuation in the quality of the raw materials. “The quality of the hot metal produced in the Corex plant is comparable to that found in the product of conventional blast furnaces,” Siuka emphasized.

In light of the continuing depletion and the high cost of high-quality raw materials, and because of the environmental restrictions placed on blast furnace operation in numerous countries, the alternative route offers an environmentally compatible and economically efficient alternative that conserves resources. The successful performance test is a “further milestone in commercialization of the Corex production technology,” Siuka emphasized, who expects demand “particularly in markets with increasing hot-metal production levels and where raw materials are readily available.” Current plans at Baosteel call for continued operation of the plant at high capacity.

The conventional blast furnace route consists of the sintering plant, coke oven plant and the blast furnace and produces hot metal from agglomerated iron ore (sinter) with the help of coke. In addition to high investment costs, this route include comparatively high emissions, for example, of sulfur oxides (SOx), nitrous oxides (NOx), dust and phenols. Liquid hot metal produced in the Corex route is melted directly from pellets and lump ore, and non-coking coal is the primary source of energy. According to Siemens, the production costs and emissions of the alternative route are lower in comparison with the conventional route, while the coking and sintering plants are not required.